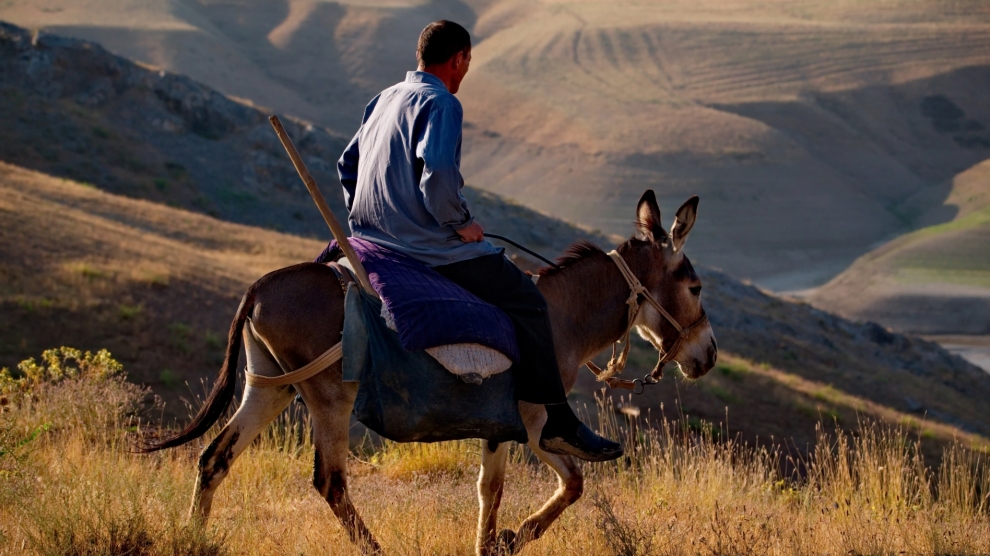 Urbanisation can bring economic benefits to Central Asia, but formal and informal barriers to internal migration are hampering movement away from rural areas.

The World Bank associates higher levels of urbanisation with higher wages, less physically demanding labour and an overall better standard of living. In Central Asia, while urbanisation varies from country to country, on the whole, levels remain rather low.

The share of people living in urban areas in the region is highest in Kazakhstan, at 57.3 per cent, followed by Turkmenistan with 51.1 per cent, and Uzbekistan with 50.5 per cent.

Kyrgyzstan and Tajikistan, which have the lowest average incomes in the region, also have lower levels of urbanisation. In Kyrgyzstan 36.3 per cent of people live in an urban environment, a rate similar to that recorded in Pakistan and India. Tajikistan’s rate of 26.9 per cent is similar to neighbouring Afghanistan.

All countries in the region are, however, also experiencing an increase in urbanisation that is likely to bring about a change to what the rural and urban environments will look like in the coming years.

Tommaso Trevisani, an associate professor of Societies and Cultures of Central Asia at the University of Naples L’Orientale, points out that since the early 2000s new rural-urban migration patterns have started to emerge in Central Asia.

These have replaced the types of movement observed throughout the 1990s, which most often involved micro-merchants travelling for the purpose of informal trading at bazaars (so-called “shuttle traders”). A practice that has now mostly come to a halt in favour of migration patterns similar to those seen in other parts of the world.

Even so, barriers to urbanisation persist. The Soviet legacy of the propiska system still has a significant impact on people’s freedom of movement in some countries of the region. This is seen in laws requiring individuals to be formally registered as living at a certain location to legally reside there, which persist to this day, even within people’s own countries. Changing one’s residence usually requires proof of employment or, in many cases, bribes.

The interpretation and the levels of enforcement of such laws also vary from country to country. Uzbekistan, in particular, seems to implement the toughest enforcement of these rules, resulting in noticeably lower urbanisation levels than those in neighbouring Kazakhstan, to which it is most frequently compared.

In January, Uzbek President Shavkat Mirziyoyev promised to reform the country’s strict internal migration rules by April. However, the bill that followed has been described as “negligible”, as it leaves much of the pre-existing hindrances intact.

Meanwhile, Kazakhstan has long removed such formal barriers to urbanisation. However, other factors, most notably the large gap between living costs in cities as compared to rural areas, continue to significantly limit people’s freedom of movement.

Such obstacles to permanently settling in towns and cities have contributed to the emergence of a seasonal migration pattern amongst the region’s rural population. In such cases migrants tend to maintain strong relationships with their village community, often returning when there is a need for them to partake in agriculture work.

Amongst the negative impacts of such laws is the emergence of informal settlements in urban peripheries, most notably in Central Asia’s largest cities, including Almaty, Dushanbe and Bishkek. Such settlements present in Kyrgyzstan’s second city Osh, largely populated by ethnic Uzbeks who have traditionally also inhabited the Fergana Valley where Osh is located, have formerly contributed to the outbreak of ethnically motivated violence in the city.

Nonetheless, rural to urban migration can result in upward mobility and this is most often the case when young people move to cities for education. Regardless of their place of origin, students are allowed to register their dormitory as a place of residence  (where propiska applies, in other settings the economic factors are decisive) and if successful in getting a job, recent graduates are likely to continue living in an urban setting.

The divide between the rural and urban populations of Central Asia has been seen by some as paving the way for the perpetuation of harmful stereotypes. This seems to be less of an issue for people of a rural background with higher levels of education and those employed in the white-collar sector. Coming across working professionals with rural backgrounds who have made it in the city is common in Central Asians.

However, such opportunities for upward mobility are limited and cannot solve issues such as rural unemployment or the lack of appropriate education in rural settlements. Upward mobility is not an option for the majority of rural to urban migrants, as there are simply not enough jobs of this kind to satisfy the demand of the masses of people moving to cities.

While a rural background is not necessarily a hindrance to improving one’s living standards, discrimination based on ethnicity can be a more staggering issue, especially for Central Asian migrants moving to neighbouring states.

While Kyrgyzstan and Tajikistan experience incredibly high levels of emigration (both are in the top four countries worldwide for reliance on remittances), neighbouring Kazakhstan has emerged as a destination for migrants. Work in construction and agriculture is particularly popular amongst migrants from neighbouring countries.

Ethnic minorities working in construction in urban centres are especially vulnerable to discrimination, as they are placed in a position of competition for economic resources with the titular group, argues Trevisani. Such perceptions of foreigners threatening the availability of jobs, that are already seen as scarce, can reinforce negative stereotypes and encourage contempt towards migrants, most often those coming from Kyrgyzstan and Tajikistan.

Kazakhs and Turkmen, on the other hand, are the least likely to take part in labour-related migration towards neighbouring countries, instead preferring Russia and the West.

Dr Trevisani is sceptical to the extent to which skilled jobs in Kazakhstan are available to migrants from Kyrgyzstan and Tajikistan. Such opportunities are becoming increasingly scarce even for Kazakhs, and often require the use of informal linkages and an existing network of acquaintances.

For this reason, Kazakhstan is experiencing significant levels of outwards migration of minority groups who were employed in governmental and educational jobs during the Soviet period, such as ethnic Slavs and Germans. The lack of networks and linkages such groups have access to in independent Kazakhstan has resulted in a lack of opportunities to maintain a career in the country.

The higher-paid jobs where non-Kazakhs appear to have a greater chance of finding employment are those in the private sector.

Overall, as Central Asian countries vary quite significantly amongst each other, it is hard to make generalisations about urbanisation and migration throughout the whole region.

However, there do seem to be convergences in issues related to the five countries’ high birth rates combined with low levels of urbanisation, which has resulted in a considerable number of people moving from villages to cities and wealthier countries in search of work.

Meanwhile, opportunities for upward mobility and white-collar migration remain rather detached from the ordinary migration of the rural population.

Ukraine’s annual EU report: Good, but could do better
In emerging Europe, the public have been frozen out of green recovery plan consultations
Comment