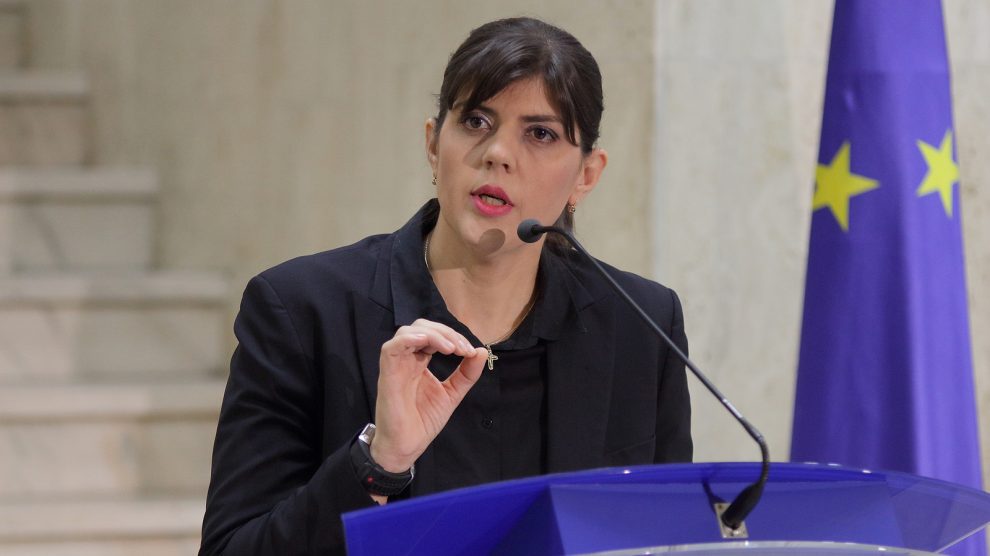 Bulgarians are hoping that the EU’s new chief prosecutor, Laura Codruța Kövesi, will help them fight corruption. To do so, she will need local support.

Almost a year has passed since the beginning of widespread anti-corruption protests in Bulgaria, and a visit to the country last week by the European Union’s chief prosecutor, Laura Codruța Kövesi, has been viewed by many anti-corruption campaigners as a signal that the EU is about to finally get tough on what is often portrayed as the most corrupt country in the bloc.

“We are here for you,” Kövesi said as she arrived in the Bulgarian capital Sofia, her first foreign trip since the European Public Prosecutor’s Office (EPPO) – based in Luxembourg – officially began operations on June 1.

The EPPO was created with the sole aim of addressing the large scale misuse of EU funds, and Kövesi was welcomed to Sofia by a crowd of protestors demonstrating against Bulgaria’s own chief public prosecutor, Ivan Geshev, whose reputation as a guardian of corrupt high-profile political figures made him one of the primary targets of the anti-corruption protests.

“If Bulgarian citizens have any knowledge of relevance to us, they can report it directly to us via our website,” Kövesi said, while reminding Bulgarian officials that she is not “on a visit”, but “at home”, investigating internal EU affairs.

“Every citizen of Bulgaria can send information directly to the EPPO, and this will be the big difference from now on,” she further added during her meeting with Geshev and the country’s caretaker minister of justice, Yanaki Stoilov, at a press briefing.

At the same time, Kövesi also warned citizens against expecting miracles from the EPPO, reminding them that the type of cases that will be handled by EPPO are complex and will not be dealt with quickly or easily, and that much of the work is still expected to be dealt with by Bulgaria’s own judiciary.

The chief topic of discussion at the briefing surrounded the selection and appointment of the remaining six Bulgarian prosecutors to the EPPO. The renewed process is set to begin on the June 16.

The EPPO includes 140 delegated prosecutors who are based in the capitals of the 22 capitals of the member states taking part (Denmark, Hungary, Ireland, Poland and Sweden have opted out).

In March, Kövesi rejected six of the 10 prosecutors proposed by Geshev, on the grounds that they lacked any relevant experience in fighting mismanagement of EU funds.

Bulgaria’s own anti-corruption efforts have so far been largely focused on relatively less consequential instances of graft, while high-level individuals who have repeatedly been accused of misusing public and EU funds have thus far remained entirely untouched.

Highlighting the need to address more serious cases of corruption first and foremost, Kövesi asked Bulgarians not to “clog” the EPPO system with “petty cases” such as “a farmer stealing 10,000 euros”.

Businessmen and oligarch Vassil Bozhkov was accused of accepting bribes from Moscow in exchange for influence in Bulgarian domestic affairs, while media mogul and former member of parliament Delyan Peevski was targeted for his overall involvement in corrupt practices, alongside his right-hand man, Ilko Zhelyazkov. Sanctions have also been placed on 64 businesses operated in Bulgaria by Bozhkov and Peevski.

Peevski, in particular, has been investigated by Geshev’s team more than once, but “no wrongful dealings” have ever been found.

Meanwhile, the billionaire Bozhkov, having cut ties with Bulgaria’s former ruling party, GERB, has been in exile in Dubai since June 2020.

While the US sanctions have been welcomed by many, others have questioned why Bulgaria and the EU were not able to call out and address the problem internally.

The decision to impose sanctions on these individuals can be seen as the US highlighting the failures of the Bulgarian judiciary, with US Ambassador to Bulgaria Herro Mustafa refusing to meet with Geshev throughout the sanctions process.

Kövesi can’t do it alone

The EPPO has been described as “a necessary tool” for the EU to show member states that it is serious about stamping out corruption, an issue that remains pressing in Bulgaria.

“With snap parliamentary elections approaching [on July 11], the awakening of public intolerance towards the current prosecutor’s office is the best opportunity for citizens and the media to demand clear commitment from all parties to work on its reform,” says Veselin Stoinev, a political analyst.

While it is understandable that so many Bulgarians are placing their hopes in Kövesi – who is something of a national hero in her native Romania, where she previously served as a highly effective anti-corruption boss – to eradicate high-level graft in the country, she will not be able to do it alone.

Whoever forms Bulgaria’s new government post-election will need to be equally determined to work towards a similar goal.