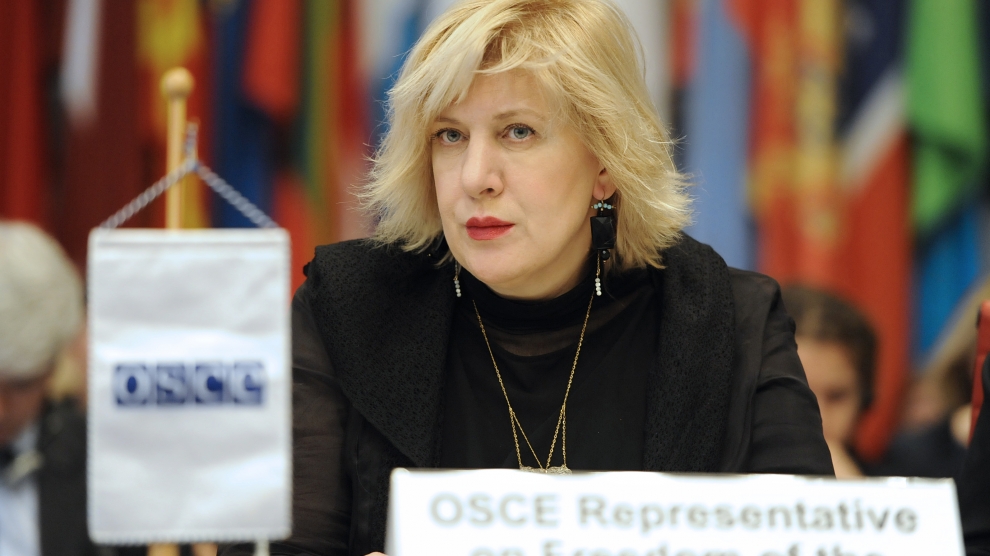 The Council of Europe’s commissioner for human rights Dunja Mijatović (pictured above) has called on the Hungarian government to repeal the decreed “crisis situation due to mass immigration” which is not justified by the number of asylum seekers currently entering Hungary and the EU, and urged the authorities to refrain from using anti-migrant rhetoric and campaigns which fan xenophobic attitudes.

“Human rights violations in Hungary have a negative effect on the whole protection system and the rule of law. They must be addressed as a matter of urgency,” said Mrs Mijatović.

According to the commissioner, asylum seekers are constrained to exercise their right to apply for international protection in two transit zones along the fenced Hungarian-Serbian border where very few people are allowed to enter. The council urged the Hungarian government to extend access to the international protection procedure and to ensure that the protection needs of all asylum seekers present on the territory can be assessed.

“The government should repeal the new inadmissibility grounds for asylum which have resulted in a practically systematic rejection of asylum applications. I am also deeply concerned about repeated reports of excessive use of violence by the police during forcible removals of foreign nationals,” Mrs Mijatović continued.

Furthermore, the systematic detention of asylum seekers, including children, in the transit zones without adequate legal basis raises issues about the arbitrary nature of the detention. Civil society organisations have been subject to intimidation, stigmatisation and smear campaigns and are rarely consulted by the authorities or granted government funding.

When it comes to the future system of administrative courts, the commissioner is concerned about the pivotal role of the minister of justice in establishing and running them.

“While the recent amendments made to the original legislation on administrative courts in response to the Opinion of the Venice Commission are welcome, they are not sufficient in addressing the serious concerns identified. The extensive powers of the minister should be counterbalanced by strengthening judicial self-governance,” she added.

Hungary is also backsliding in gender equality with the political representation of women strikingly low.

“Although the government seeks to empower women through labour market participation, the focus of the newly adopted family protection action plan lies on women as child bearers. This carries the risk of reinforcing gender stereotypes and instrumentalising women,” she concluded.