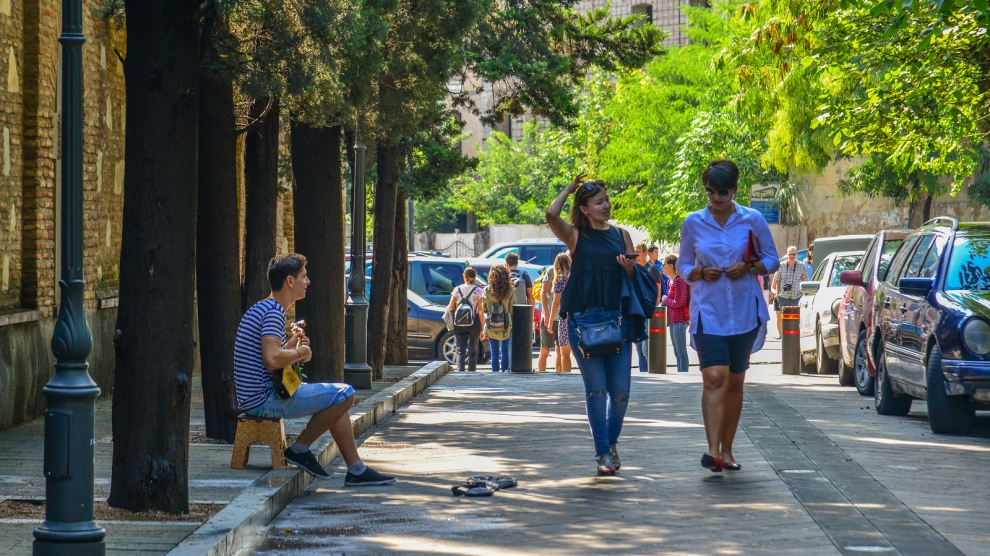 According to a recent poll by the National Democratic Institute, 77 per cent of Georgians would support their country joining the EU membership while a Georgian NATO bid is supported by 74 per cent of respondents.

Conducted in April, the NDI poll shows a slight increase compared with a similar poll in January, when support for the EU and NATO were surveyed at 72 per cent and 64 per cent after a drop from a five-year-high in 2018.

Among those supporting EU membership, 66 per cent say accession to the European bloc would help the Georgian economy while 41 per cent claim it would be beneficial for national security. 53 per cent of NATO supporters believe that the Transatlantic military alliance would help Georgia preserve its security and 27 per cent say joining NATO would lead to restoring the country’s territorial integrity.

The poll finds that Russian military aggression remains the top security concern of Georgians (31 per cent), followed by fear of an occupation of South Ossetia and Abkhazia (11 per cent), Russian propaganda (10 per cent) and terrorism (four per cent).

The NDI survey also says that 50 per cent of respondents viewed the collapse of the Soviet Union as positive from a Georgian perspective, while 39 per cent said it was a negative event for the country. Compared to previous its previous polls, NDI data suggests that support for the then-USSR has been gradually decreasing.

OECD: Emerging Europe needs to upskill
Council of Europe calls on Hungary to do more for refugees, women
Comment