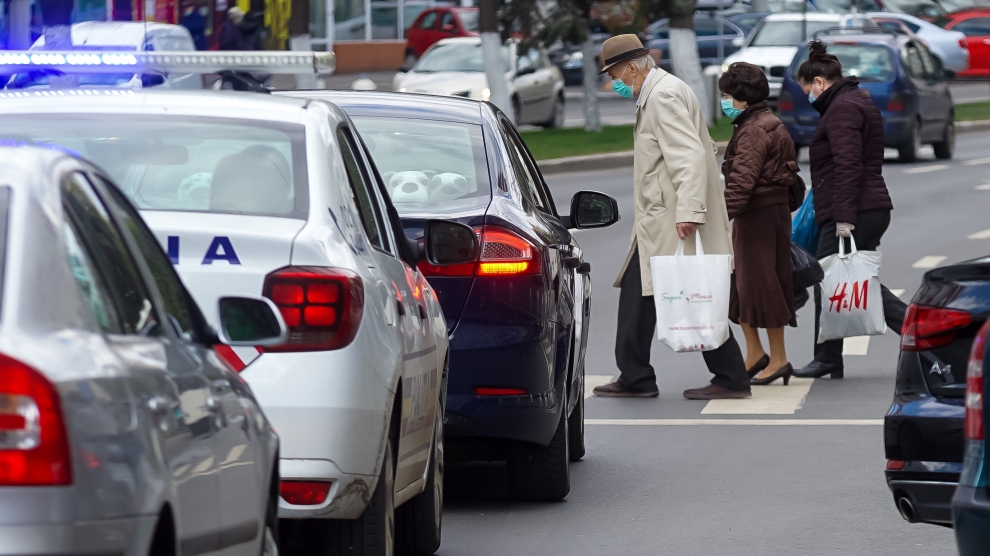 Central Europe is struggling to contain the second wave of coronavirus, but few countries in the region have the stomach for a new lockdown.

With a second wave of the coronavirus pandemic engulfing emerging Europe, just about every country in the region has seen a sharp rise in the number of new infections over the past two months. To combat the further spread of the epidemic, some countries have chosen to reimpose full or partial lockdowns, while some are still hoping that measures such as limiting the opening hours of businesses and making the wearing of facemasks mandatory can help avoid such a drastic move.

In Serbia, which on November 19 saw its highest number of new daily cases since the pandemic started — 6,109 infections — the government is one of those in the region that is reluctant to impose a second full lockdown.

The country has one of the tightest lockdown regimes in Europe earlier this year, including a curfew between 5pm and 5am and bans on movement around the country.

Yet, this first lockdown proved hard for many businesses, and, according to reports published in May, around 200,000 people lost their jobs as a result. During that time, the government gave 100 euros as a stimulus to every citizen over the age of 18 and covered minimum wages for three months, including for the self-employed.

This time around, there hasn’t been any talk of new stimuli. So far, measures in Serbia consist of mandatory mask wearing in all indoor spaces, and all businesses – except pharmacies and gas stations – must close by 9pm.

In neighbouring Bulgaria, November 18 was a record day, with 4,828 new cases of Covid-19 reported, while November 17 saw the most single-day deaths, 152. But while the country now has the third highest Covid-19 mortality rate among all EU and EEA countries, according to data shared by the chief state health inspector, Angel Kunchev, at a briefing on November 19, Bulgarian citizens feel more optimistic about the pandemic than the European average.

Indeed, according to a recent study by the European Parliament, 42 per cent of Bulgarians believe that the situation will improve while 38 per cent feel “insecurity” — markedly below the 50 per cent average across Europe.

But while Bulgarians are optimistic about the pandemic in general, they are not very keen on lockdowns. A total of 69 per cent said that the damage caused by lockdowns surpassed the benefits, the highest percentage in all of the EU.

In order to fight the coronavirus, Bulgaria has instituted a system of “green corridors” for elderly shoppers over the age of 65. Originally, the elderly could shop from 8am to 10am, but after an outcry, a second period was added between 1.30pm and 4.30pm. However, trade associations have criticised these measures saying they lead to “queues and risky accumulations in front of the shops”.

Romania, on the other hand, has chosen a stricter strategy, but – with a parliamentary election due on December 6, has stopped short of a full lockdown. Shops must close by 9pm and a nightly curfew is in place from 11pm to 5am. On November 20, the coastal town of Constanta, home of the country’s main Black Sea port, was placed in quarantine.

In Central Europe, Czechia has extended a state of emergency until December 12. In late October, at the beginning of the second wave, it has imposed some of the strictest measures in emerging Europe, including a nightly curfew between 9pm and 5am.

The measures have proven controversial in some quarters, with Czechia seeing its first anti-lockdown protest on October 18.

However, the current epidemiological situation in the country seems to be improving, according to new health minister Jan Blatný. It is expected that the current measures will be eased on Monday with a gradual return to school of primary school pupils, an increase in the maximum number of people allowed to gather to six, and the shifting of the curfew from 9pm to 11pm. Mr Blatný has been in the job less than a month, having replaced Roman Prymula, who was photographed leaving a restaurant that should have been closed under his own Covid-19 restrictions.

In Poland, measures were tightened at the beginning of November when remote learning was introduced to primary schools with only kindergartens and nurseries open on a regular basis. Restaurants, bars, and pubs remain closed, as are cultural venues.

On November 13, the Polish PM Mateusz Morawiecki ruled out another full national lockdown, explaining that for the first time in two months the number of new infections has begun to drop.

However, the situation in Poland remains volatile as this week has seen cases rise again. On November 19, 23,975 new cases were reported.

Hungary saw an all-time high of new cases on November 16, when 6,495 people tested positive. The country, whose government (together with Poland) this week vetoed the European Union’s budget and Covid-19 recovery plan, has further angered the EU by announcing plans to import and use Russia’s Sputnik V vaccine.

Under EU rules, any vaccine must be authorised by the European Medicines Agency (EMA) before it can be marketed in any state of the 27-nation bloc. So far, EMA has received no data from Russia or Hungary on Sputnik V or any other Covid-19 vaccine.

The European Commission itself this week agreed a new deal with the European pharmaceutical company CureVac, which provides for the initial purchase of 225 million doses of a Covid-19 vaccine on behalf of all EU member states, plus an option to request up to a further 180 million doses, to be supplied once a vaccine has proven to be safe and effective against the virus. It brings the total number of vaccines procured by the EU to over 1.1 billion.

The only real good news story from the region comes from Slovakia, which at the beginning of November tested around two-thirds of the entire population (around 3.6 million people) for Covid-19.

In total, over two weekends and a trial run in two badly hit regions a week earlier, 57,462 people tested positive, and were sent into quarantine along with their families. The infection rate has since dropped considerably. Public gatherings are still limited, however, retail shops face some curbs and restaurants and many schools remain closed.

On November 17, thousands of Slovaks protested against the restrictions on Tuesday, gathering in the capital Bratislava to claim that the mass testing and subsequent fall in infections had made the restrictions redundant.