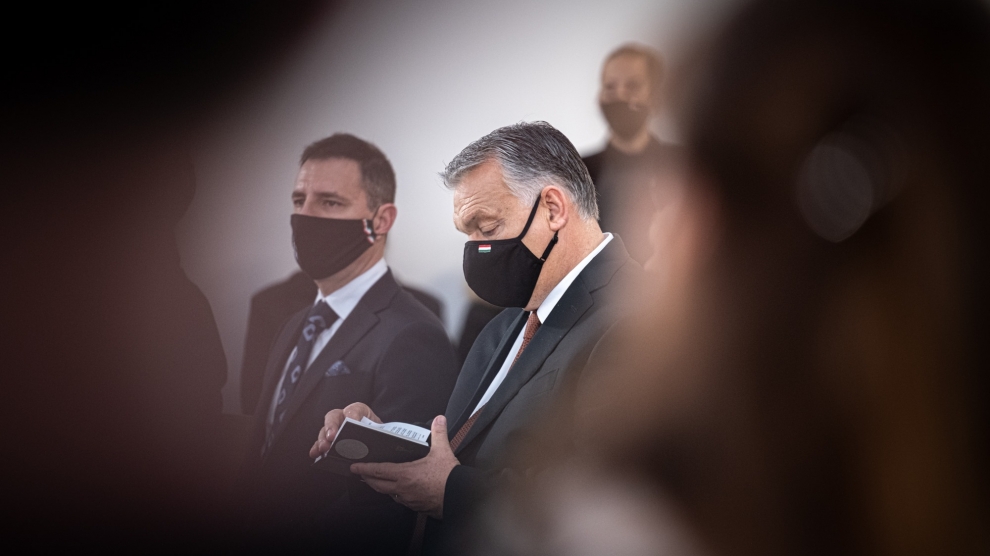 The European Union is facing an almost unprecedented crisis after Hungary and Poland vetoed the bloc’s historic 1.8 trillion euros budget and coronavirus recovery plan over attempts to link funding to respect for the rule of law.

The two countries had announced their intentions shortly before ambassadors of the EU’s member states met on Monday to vote on various parts of the financial settlement.

Unable to veto the mechanism that links the provision of funds with continued respect for the rule of law, which only requires the support of a qualified majority of member states, Hungary and Poland instead refused to support a plan to create new EU taxes, which needs unanimity. In effect, however, the move blocks the entire budget.

“Hungary has vetoed the budget,” said Zoltán Kovács, a spokesman for the country’s prime minister, Viktor Orbán. “We cannot support the plan in its present form to tie rule-of-law criteria to budget decisions.”

Piotr Muller, a spokesperson for the Polish government, confirmed Poland’s and Hungary’s stance but suggested there was still room for compromise.

“Poland counts on a reasoned approach of our partners and finding the solution that would lead to the final agreement. We are open to a productive solution, but it needs to be based  on the European Council’s conclusions and EU treaties”, he tweeted.

A budget on hold

Opposition parties from both countries, however, as well as several senior European politicians, were quick to point out that Hungary and Poland were already struggling with several rule of law issues, such as judicial reform, media freedom and LGBT+ rights, that had put them on a collision course with the EU.

Rasmus Andresen, a Green MEP who was part of the European parliament’s budget negotiation team, said: “The resistance of Orbán and the Polish government is irresponsible. Orbán is afraid that the new rule of law mechanism will harm his autocratic regime. He is trying to take Europe and Covid hostage for his failed policies.”

Austrian Chancellor Sebastian Kurz, addressing a conference shortly after the budget was blocked, said that “upholding the principles of the rule of law is an absolute necessity” because the sums being handed out by the EU to member states were so vast.

Romanian Prime Minister Ludovic Orban said the rule of law clause was an important protection to ensure taxpayer’s money is “spent in a just and effective manner”.

He called on EU states “to work together” adding: “We need to refocus and get this agreement done.”

The 1.1 trillion euros budget and the 750 billion euros recovery package, established to combat the impact of Covid-19 on the bloc’s economy, is now effectively on hold while further negotiations take place.

EU leaders are due to hold a video conference on Thursday. The pandemic had been scheduled to be the main topic of discussion, although it is now possible the budget talks will dominate the meeting.

Without agreement among all member states, projects financed by the bloc’s seven-year budget will go without funds and the recovery plan to help rebuild Europe’s economy will not be activated. Ironically, Poland was set to be one of the largest beneficiaries of the new budget and recovery fund, with 160 billion euros in grants and loans earmarked for the country.

Nevertheless, Zbigniew Ziobro, Poland’s justice minister said that the rule of law mechanism was “unacceptable and deserved to be vetoed”, adding that it was “just a pretext”.

“It is really an institutional, political enslavement, a radical limitation of sovereignty,” he said.

Ziobro is the author and driver of the controversial judiciary reforms that have been introduced by the country’s government over the past few years. In 2017, the EU launched procedures under article 7 of its treaties against Poland over changes to the way judges were appointed.

However, the article 7 procedure requires unanimity among the member states before sanctions, such as the removal of voting rights in Brussels, can be imposed. Both Poland and Hungary have repeatedly said that they would protect each other from such measures, hence the push to introduce more effective punitive rule of law procedures.