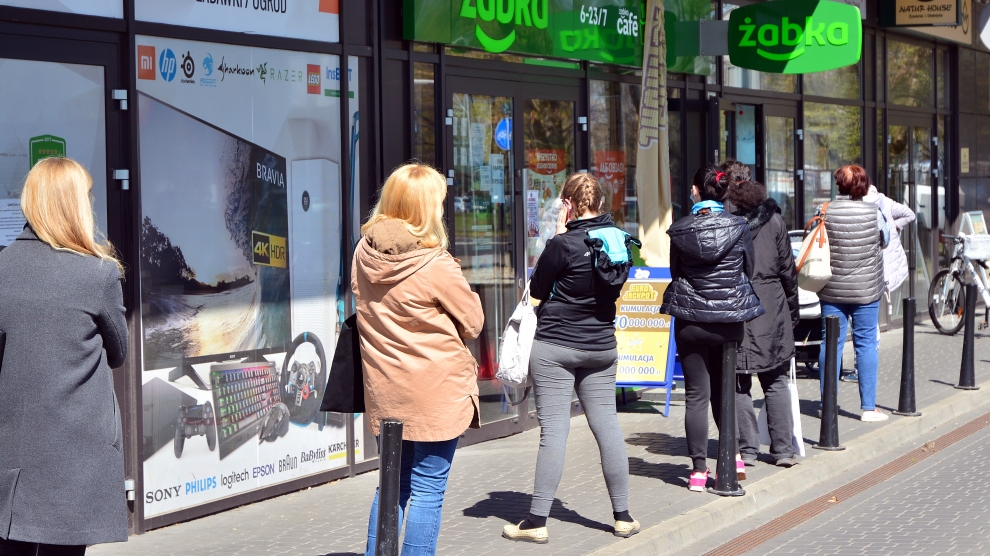 Almost three months since the majority of the countries of emerging Europe imposed strict lockdown restrictions in order to prevent the spread of coronavirus, life is returning to normal across the region and in most places the threat posed by the pandemic has receded to containable levels.

This is not true for all 23 countries of the region, however.

In both Poland and Armenia, two countries which began to relax lockdown restrictions in early May, recent weeks have seen a relatively large number of new infections. In Armenia, where the prime minister Nikol Pashinyan is amongst those who have tested positive, 766 new cases of Covid-19 were confirmed on June 7 alone, while in Poland a coal mine in the Upper Silesia region is behind a record spike in the country’s confirmed cases. Over the weekend 1,151 new infections were recorded nationally, and the stubborn persistence of cases in Upper Silesia may mean the country has not passed its peak. The country’s presidential election, originally scheduled for May 10 but postponed until June 28, could again be under threat should the spike continue. It would be a nightmare scenario for Poland, which would be thrown into political chaos should the election once again be delayed.

“Instead of decreasing the epidemic curve, we’ve got a sort of plateau,” Maria Ganczak, a specialist in epidemiology at the University of Zielona Góra, in western Poland, told the Financial Times at the weekend.

Across the, region governments will be fearful of reimposing any lockdowns should the need arise. Populations that were three months ago all too willing to accept restrictions on their daily movement may not be so willing again.

This could create huge problems, for there is increasing evidence that lockdowns have worked.

Indeed, new analysis carried out by the International Monetary Fund (IMF) suggests that lockdowns may have reduced the number of Covid-19 fatalities by as much as 98 per cent. The IMF claims that early intervention and containment measured as the number of days it took a country to implement containment measures after a significant outbreak—public health response time in epidemiology lingo—played a significant role in flattening the curve. Countries that were faster to put in place containment measures witnessed a reduction in the average number of infections and deaths of 95 and 98 per cent respectively.

The effect of containment measures also varied depending on variations in country and social characteristics. The impacts were stronger in countries where colder weather during the outbreak produced higher infection rates, and where the population was older and hence more vulnerable to infection. On the other hand, having a strong health system and lower population density enhanced the effectiveness of containment and mitigation strategies by making them easier to implement and enforce. How civil society responded to de jure restrictions mattered as well. Countries where lockdown measures resulted in less mobility, and therefore more social distancing, saw a greater reduction in the number of Covid-19 infections and deaths.

The World Bank meanwhile has said that securing core public services, getting money directly to people and maintaining the private sector will limit the economic harm caused by Covid-19 and help prepare for recovery.

In a key report, the bank suggests that short-term response measures to address the health emergency and secure core public services will need to be accompanied by comprehensive policies to boost long-term growth, including by improving governance and business environments, and expanding and improving the results of investment in education and public health.

“To make future economies more resilient, many countries will need systems that can build and retain more human and physical capital during the recovery – using policies that reflect and encourage the post-pandemic need for new types of jobs, businesses and governance systems,” says the bank.

With this in mind, policy makers across the region are currently deciding whether or not they should back the European Union’s rescue package, Next Generation EU, worth 750 billion euros, which the European Commission revealed two weeks ago and which it had hoped would be signed off in July.

Hungary and Lithuania are said to be amongst a number of countries unhappy with the way that the money will be distributed. Under the EU’s proposals, Poland will be one of the largest recipients of funds, but some countries have pointed out that Poland is expected to have the least severe recession in the EU this year.

Positive noises from Belgrade and Prishtina may not result in new talks just yet
Russian diplomats embroiled in ‘poison plot’ leave Prague, leaving behind many unanswered questions
Comment