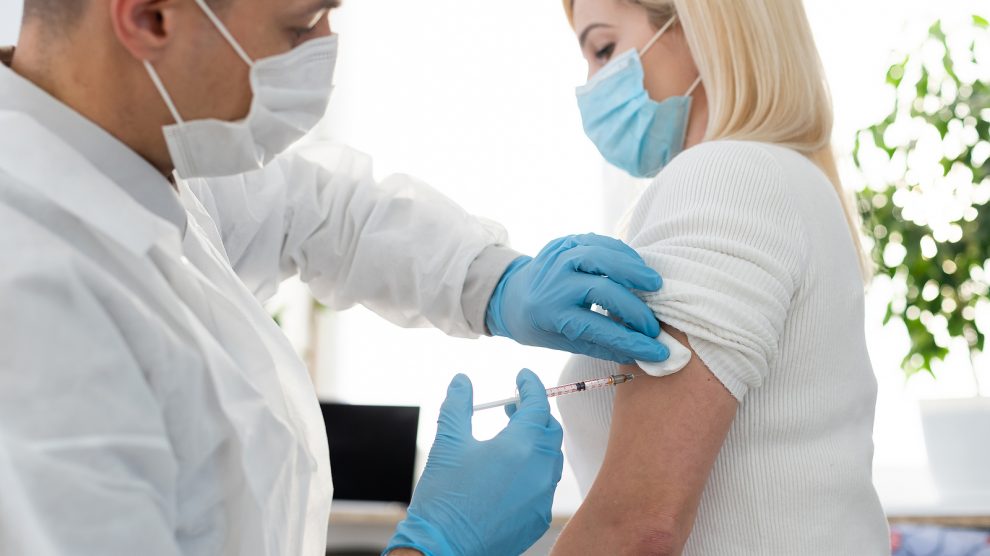 To be fully effective, all of the current Covid-19 vaccines require two doses. When comparing the region’s data with the EU average – as well as UK’s much-lauded vaccination campaign – much of emerging Europe is doing very well indeed.

Several countries in emerging Europe are fully vaccinating their populations against Covid-19 at a far higher rate than the European Union average, according to data compiled by Our World in Data, a scientific online publication that focuses on large global problems such as poverty, disease, hunger, climate change, war, existential risks, and inequality.

Serbia, which is primarily using the Chinese-developed Sinovac vaccine, leads the way, having administered all doses prescribed by the vaccination protocol to 2.46 per cent of its population (as of February 13).

Romania, which has given two doses of a Covid-19 jab to 2.36 per cent of its population, follows.

Slovenia, Lithuania, Poland and Estonia are also administering both doses faster than the EU average of 1.63 per cent.

Of those countries in the region which have both begun the roll-out of their vaccination campaign and which report the breakdown of first and second doses, Albania trails on just 0.02 per cent, although EU member Bulgaria which has given two doses to just 0.31 per cent of its population, is also performing poorly.

Globally, Israel is far ahead of any other country, having fully vaccinated more than 30 per cent of its citizens. 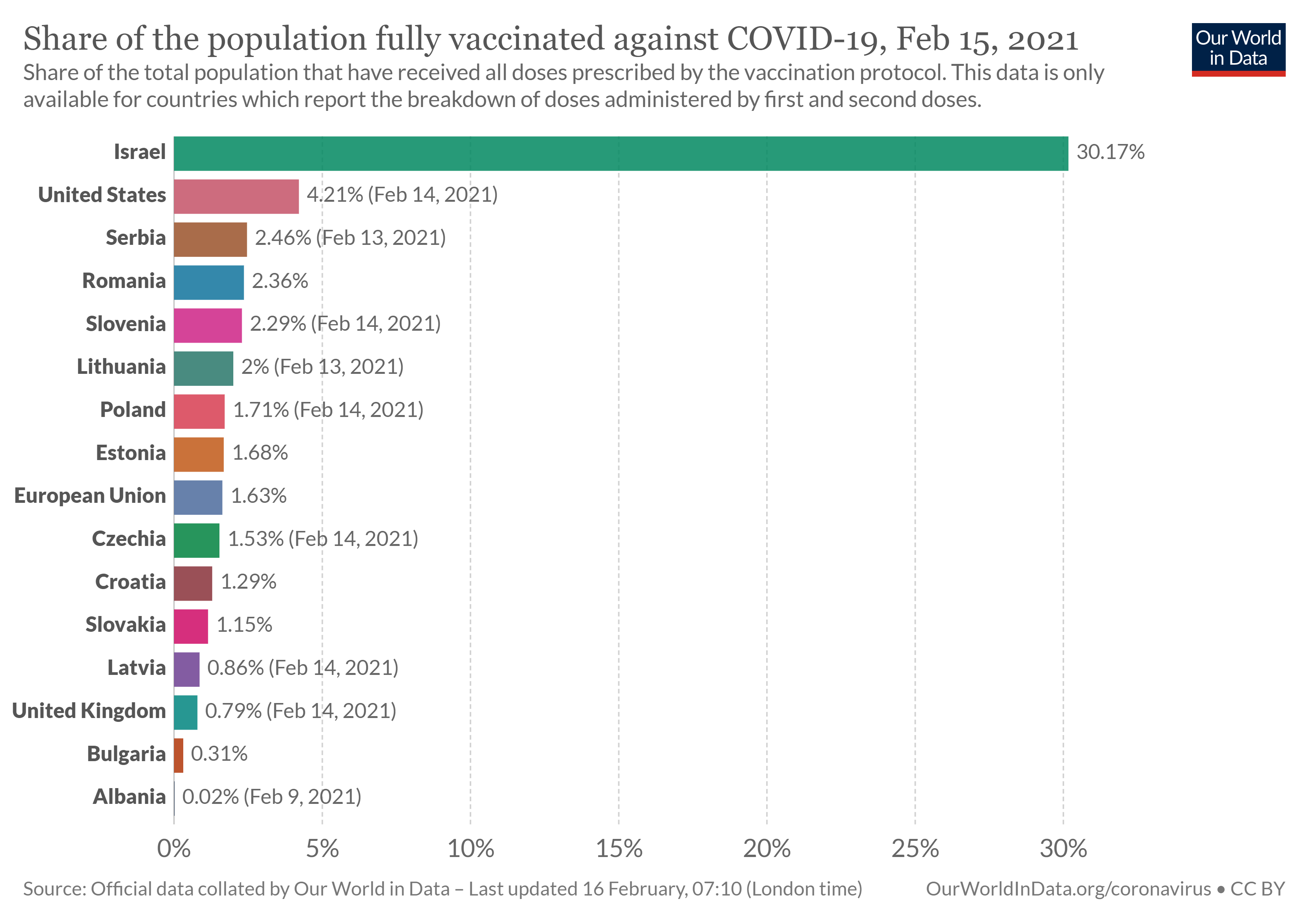 Interestingly, the United Kingdom, which has administered more than 15 million doses of vaccine, has so far fully vaccinated just 539,630 people, or 0.79 per cent of the population. Poland, by contrast, has given two jabs to 645,971 people.

Furthermore, extending the time lag between first and the second doses, as the UK has done, potentially carries risks. 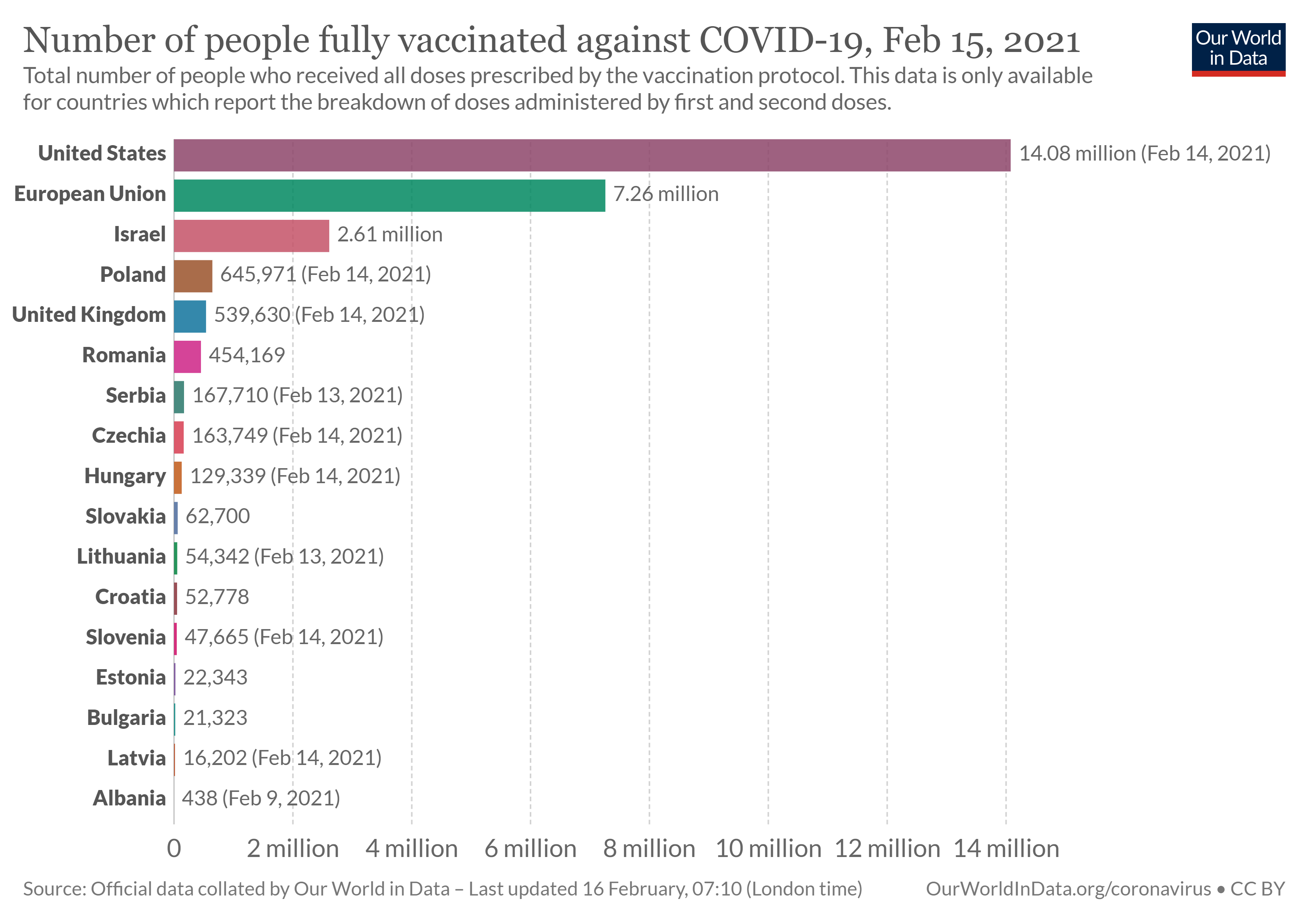 When it comes to the percentage of people who have received at least one jab, Serbia is also the regional leader, 11.51 per cent, although in terms of actual numbers of shots administered, Poland is far ahead, at 1.48 million. 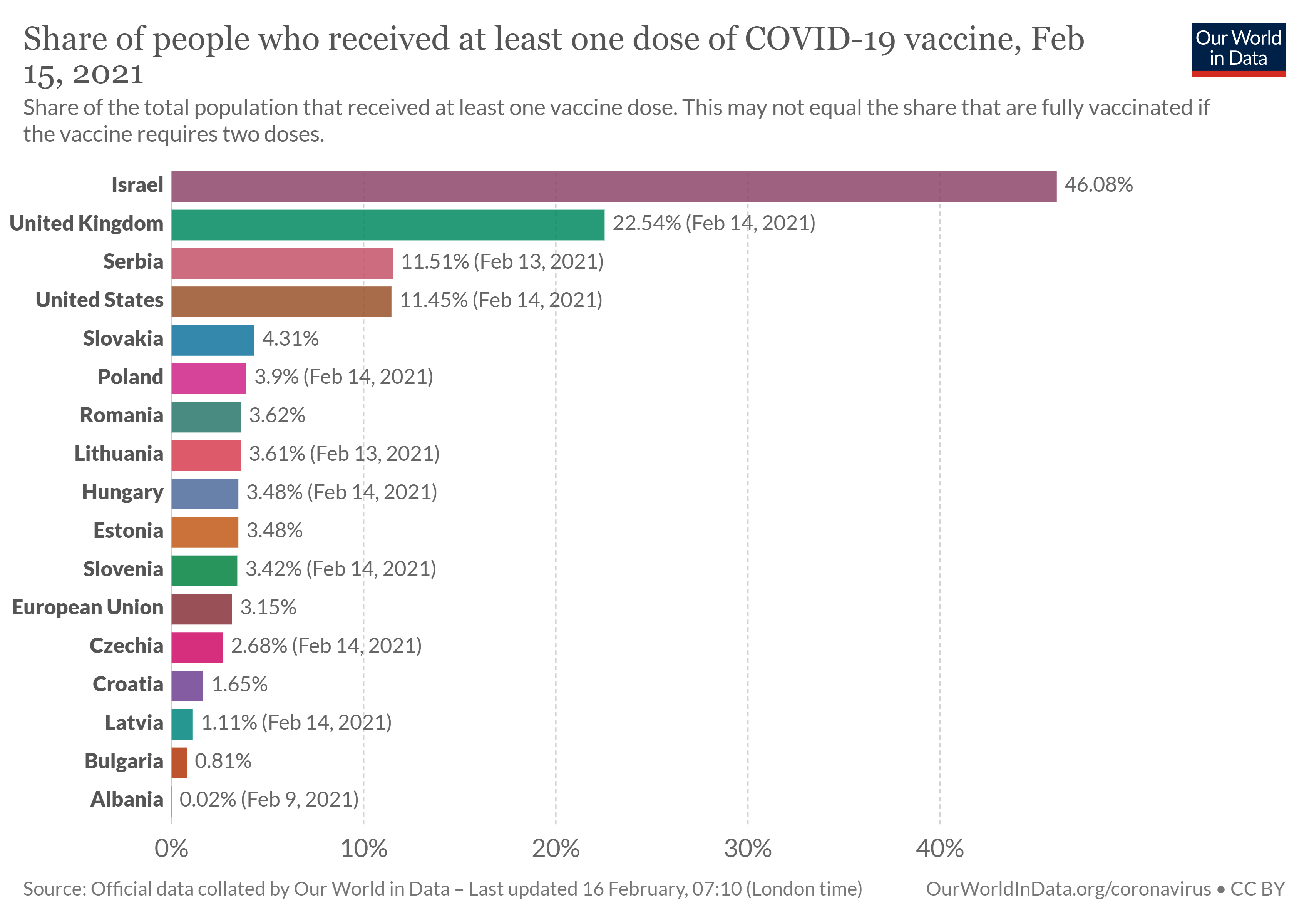 Romania’s economy outperforms rest of EU in fourth quarter of 2020
For a very Soviet president, a Soviet ‘people’s assembly’
Comment