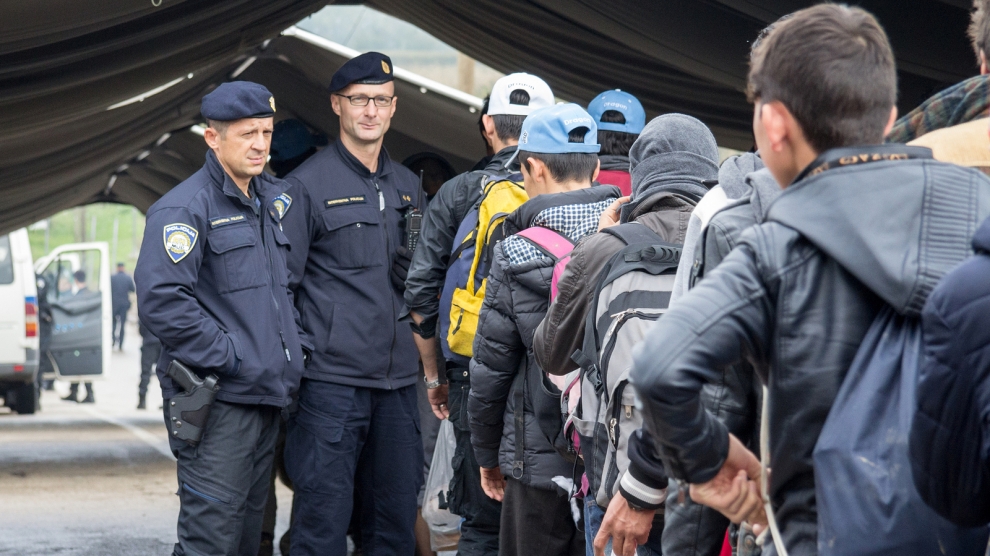 More than 700 organisations, journalists, individuals and public figures have criticised the Croatian media in an open letter for the one-sided way in which it reports news about migrants and refugees, which incite fear and prejudice in the society.

“Croatian media have been overwhelmed by fake news about refugees,” said Ivana Peric, one of the signatories, while condemning journalists for their disloyalty to professional standards and unfair reporting.

Ms Peric further noted that migrant protests on the Croatia-Bosnia border and the controversy over the Marrakesh Political Declaration – a cooperation agreement signed by European and African countries – are used to reinforce fears in Croatia stoked by right-wing groups.

The letter, moreover, criticises most of the Croatian media for basing its reports predominantly on official government statements and does not investigate issues objectively. It adds that refugees are only presented very negatively in the media, as “a threatening mass of illegal migrants,” which serves only to evoke hate crimes.

“Once again, the media has disavowed their crucial social role of representing silenced and marginalised voices, as well as participating in questioning those who are dominant and have power, ignoring the principles of journalistic work additionally defined by the Code of Honour of Croatian Journalists,” the letter states.

Ombudswoman of Croatia Lora Vidović, has already reiterated her concerns about articles which spread stereotypes about “people of another colour.” She believes that attention should be centered on whether or not migrants at Croatia’s borders are treated humanely.