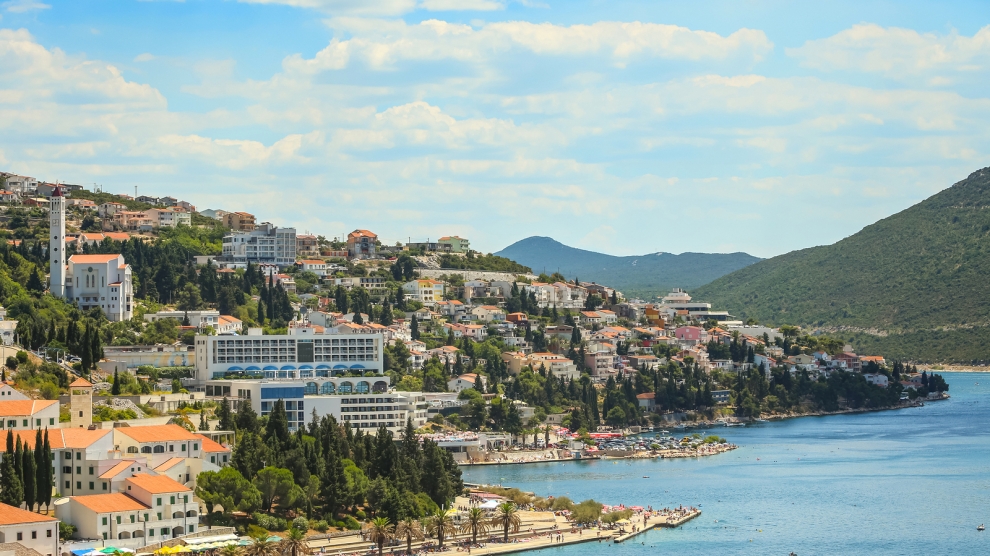 Croatia has started to build a bridge to the Pelješac peninsula, designed to connect the Croatian mainland with its exclave and southernmost region, the Dubrovnik–Neretva County in the country’s Dalmatia region. Currently, access to the Croatian exclave from the mainland is only possible through the Bosnian municipality of Neum, which is Bosnia and Herzegovina’s only access to the Adriatic Sea.

The 2.4km-bridge has, unexpectedly, caused fury amongst Bosniak politicians in Bosnia and Herzegovina, who have called the construction of the bridge, which started on July 30, “an assault on Bosnia’s sovereignty and territorial integrity and an act contrary to international law.” They have also claimed that the bridge will stop large ships from entering the port of Neum and that Bosnia has agreed on a maritime border with Croatia.

However, it is only the Bosniak leaders of the country that have expressed their anger. Bosnia’s constitution recognises the country’s ‘three constituent peoples’: the Bosniaks (also called the Bosnian Muslims), the Serbs and the Croats. All three of the ‘constituent peoples’ are represented in the country’s political structures. As Neum’s population is 98 per cent Croat, according to 2013 census data, local politicians and citizens have not expressed their disapproval to Croatia connecting its exclave to its mainland.

In fact, Bosnian news portal Klix reported in 2012 that Neum’s mayor, Živko Matuško (an ethnic Croat) of the Croatian Democratic Union party in Bosnia, welcomes the bridge, because it avoids Croatia building a corridor to its exclave that would see Neum split in two. “We are vigorously opposed to the construction of a road that would divide the town. We do not want to live in a ghetto. We do not want to trade with our own territory.”

By beginning work on the bridge, Croatia “systematically continues to relativise and jeopardise the subjectivity, interests and rights of the state of Bosnia and Herzegovina,” declared the leader of the Bosnian Social Democratic Party, Nermin Nikšić. Interestingly, Bosnian Croat politician Željko Komšić, a leader of the Democratic Front and a former member of Bosnia’s three-person presidency, took the same line, telling the media: “Croatia is directly violating Bosnian territorial integrity and sovereignty”. He added that it was “simply unbelievable that a piece of our country is cut off before our eyes – and that people sitting in Bosnian state institutions have done absolutely nothing”.

If all goes to plan, the bridge should be complete by mid-2021.