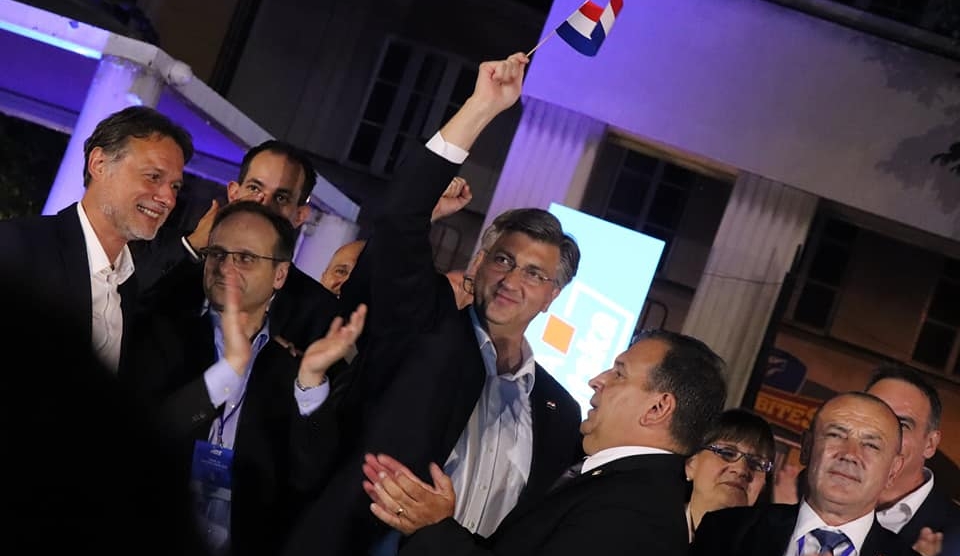 Polls in Croatia ahead of a parliamentary election on July 5 showed the ruling conservatives, the Croatian Democratic Union (HDZ), running neck and neck with the opposition liberal Social Democratic party, or SDP.

The ruling conservatives overwhelmingly won the election despite a spike in new coronavirus cases, with smaller right-wing parties also picking up seats.

With more than 90 per cent of the vote counted on Sunday night, the HDZ had won 66 seats in Croatia’s 151-seat parliament, and is likely to form a new coalition government with smaller right-wing groups. Turnout in the election was low, at just 46.5 per cent.

An alliance led by the SDP picked up just 41 seats. Nationalist and eurosceptic bloc Domovinski Pokret (Homeland Movement), led by popular singer Miroslav Škoro, came third with 15 seats followed by the conservative Most (Bridge) party with eight seats and leftist Mozemo (We Can) with six.

Andrej Plenković, Croatia’s prime minister and leader of the HDZ, called the outcome of the election “a great result and a great victory.”

“Of course, this is a bad result and I’m ready to go,” he said. In a presidential election in January, centre-left challenger Zoran Milanović, backed by the SDP, defeated the nationalist incumbent Kolinda Grabar-Kitarović, who had the support of the NDZ.

Markets are likely to react positively to the election result, according to analysis by Erste Group Research.

“In our view, the market reaction should mostly be positive, as a scenario of prolonged government formation seems to have been avoided, the policy course brings no uncertainties and the importance of relatively strong government setup has increased in this turbulent Covid-19 reality,” the bank said in a memo.

Erste also said that Mozemo has emerged as a fresh option on the Croatian left, and their support base in Zagreb “indicates that they would be eyeing the mayoral post in 2021 local elections.”

The election in Croatia caused a stir across Europe at the weekend following the appearance of European Commission President Ursula von der Leyen, a former Christian Democratic minister in her homeland of Germany, in a video alongside a dozen other leading centre-right politicians from across the EU backing the HDZ.

Mrs von der Leyen has been accused of breaking an unwritten rule that forbids members of the Commission from endorsing politicians in national elections.

Mr Plenković had won plaudits in Brussels for the way in which Croatia handled the Covid-19 pandemic during its six-month term at the helm of the Council of the European Union, which ended on June 30.

Croatia took up the rotating presidency in January with ambitious plans to address employment, technology, competitiveness, environment, EU enlargement, external partnerships, as well as working toward a smooth Brexit. These had to be put to one side in order to mitigate the effects of the crisis.

“When we started, we wanted to send a message about a strong Europe in a world full of challenges. Nobody knew that one of the challenges would be Covid-19, which didn’t change only the Croatian presidency but the world, Europe, Croatia, and many countries around the world,” said Mr Plenković in June. “Although the pandemic disrupted Croatia’s initial plans, I believe that the maximum has been achieved in the last six months.”

Notably, in cooperation with other member states, the Croatian presidency participated in the repatriation of 650,000 EU citizens who, in the middle of the pandemic, were in third countries across the world.

The Croatian presidency was also able to maintain focus on the European perspective of the Western Balkan states and managed to get the EU to finally agree to start accession talks with North Macedonia and Albania.

Bulgaria, Czechia, Poland and Romania can be important drivers of Europe’s green recovery
What Poland wants when it comes to US troops: Elsewhere in emerging Europe
Comment