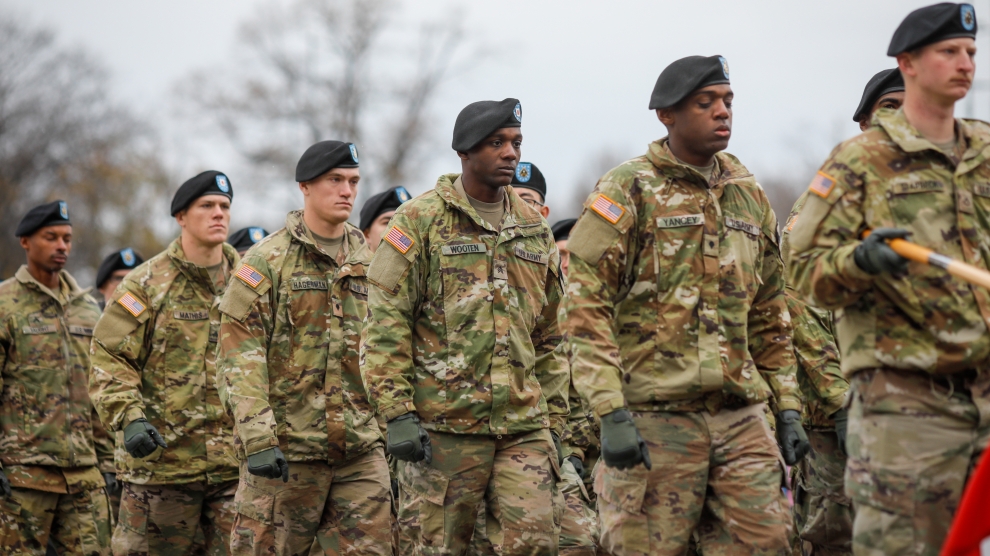 What Poland wants when it comes to US troops

It’s not a place the Polish government wants to be: caught between its crucial transatlantic ally the United States and its neighbor, Europe’s most powerful country, Germany. But that’s exactly where Warsaw has found itself after Donald Trump’s surprise announcement last month that he would remove 9,500 American troops from Germany, largely in retaliation for the German government’s low defense spending, and redeploy some of those forces to Poland.

In June, Albanians in Montenegro marked the passage of 50 years since taking a historic pledge to abandon the scourge of ‘blood feuds’ that had devastated their community for centuries.

Moldova’s Russophile head of state, Igor Dodon, has been driven onto the defensive, along with his Socialist party and the Socialist-led government, by their political opponents on several fronts.

A photoshoot for a new designer brand has caused a homophobic uproar in Armenia after a passerby posted photos from the shoot online.
Several of those sharing the photos with critical comments accused the authorities under Nikol Pashinyan of being to blame for ‘homosexual campaigns’ in the country since coming to power.

Despite interventions from local authorities, the number of wild boars roaming the streets of the western Polish city of Poznań has rapidly increased over past years, spurring local groups to take on the city’s porcine peril.

Tallinn Music Week (TMW) will take place next month in a “hybrid format” with both in-person and online activities. TMW was postponed in March due to the coronavirus crisis and will be one of the first European Festivals to relaunch.

Romania’s modern architecture merges global perspectives with local traditions. From pre-modern styles to post-revolution work that began in the early 90s, the country’s built environment is incredibly diverse. From cities like Bucharest to Cluj-Napoca and Timișoara, modern projects are being designed between historic structures.

Thousands of football fans attended the Bulgarian Cup final between Lokomotiv Plovdiv and CSKA Sofia on Wednesday, where social distancing measures appeared to be ignored in the stands.

Central Bank report for 2019 says that of a total of 170 million euros spent by foreign nationals on the property in the country, Russians spent 39 million euros.

Facebook uses Ukrainian Nazis to fight Russia, and other absurdities

Dealing with disinformation is often psychologically draining – both for its creators as well as for those fighting against it. To be constantly immersed in lies and distortive half-truths, unmoored from reality, takes a toll on us all. This is why it is sometimes refreshing to highlight how absurd, even laughable, pro-Kremlin disinformation can be. Like the claim that Facebook uses Ukrainian Nazis to fight Russia. Or that the US and Ukraine are plotting to bomb Siberia. Or that the US will turn Crimea into a nuclear desert.

In the two years since Jan Kuciak and his fiancée, Martina Kušnírová were killed, some of Slovakia’s biggest artists have moved to memorialise them in song, capturing a universal means to speak out against injustice, inequality, and despair.