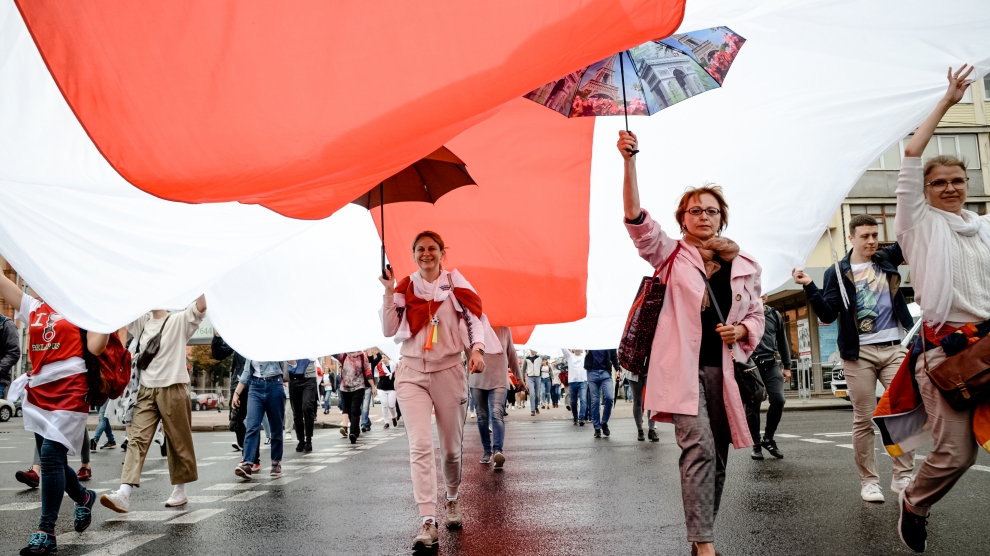 Nearly a fifth (19.02 per cent) of all cyberattacks in Europe are being directed at Belarus, a report by the security firm Atlas VPN has revealed. Meanwhile, the current situation in the country, where there has been a vicious crackdown on opposition leaders and protesters disputing the result of a rigged election held on August 9, is forcing IT companies and talent to consider leaving the country.

According to Atlas VPN’s data, Belarus has faced 2,125,592 attacks over the last 31 days, which makes an average of 68,567 attacks per day. Most attacks were recorded on August 24, when the country was the target of 83,009 local infections.

“Belarus is facing one of the biggest political crises in decades right now. Therefore, the rise in cyberattacks in the country is not surprising,” says Rachel Welsh, COO of Atlas VPN. “As with any crisis, cybercriminals are trying to take advantage of the situation and exploit it for their benefit.”

The data is based on the number of “local” infections registered in European countries from from August 8 to September 7 this year. Local threats refer to the types of malware that spread to devices from removable media storage devices such as USB keys and DVDs and other “offline” methods.

Across all of the most attacked countries, Trojans and ransomware were the most used kinds of malware. Trojans are malicious programmes that disguise themselves as legitimate software, while ransomware works by encrypting the contents of a hard drive and then asking the victim to pay (usually in Bitcoin) for a decryption key.

Ransomware hits both individual users and institutions. In March, the Serbian city of Novi Sad was attacked with PwndLocker malware. While the city eventually managed to restore data without paying the ransom, the event highlighted the importance of data security in the region.

Belarus is not the only emerging Europe country topping the most cyberattacks list as Moldova took second, Ukraine took fourth, and Albania took the fifth place. Russia is in third.

Cyberattacks are not the only hi-tech problem facing Belarus. As a result of the recent disputed elections and the violent crackdown on peaceful protesters, there is a high probability that IT companies and IT talent might start to leave the country.

While the Belarusian economy still has many of the hallmarks of Soviet-style central planning and state ownership, the IT sector in the country has been largely spared and even encouraged with special treatment and regulations.

The High Tech Park, located on the outskirts of the capital Minsk, was opened in 2005 under the leadership of Valery Tsepkalo, who had previously served as the Belarusian ambassador to the United States and Mexico until 2002.

Over time the High Tech Park became of the largest IT hubs in emerging Europe. It gave rise to such success stories as EPAM Systems, a software engineering company listed on the NYSE and Wargaming.net whose World of Tanks online multiplayer game has made company founder Wiktor Kisły the first Belarusian tech billionaire.

Over 60,000 people are employed in IT in Belarus and the sector generates five per cent of the country’s GDP.

But with the recent rigged election and the repression that ensued on the streets, it seems that the IT sector’s tolerance for the country’s authoritarian president Alexander Lukashenko has come to an end.

The shutdown of the internet could have been a turning point, as it caused damage both to the bottom line of the IT companies as well as their branding. Around 2,500 IT workers, investors, and CEOs in Belarus have signed a letter complaining about working conditions in relation to the violence and the crackdown on protests with the CEOs threatening to move their companies outside of the country unless the violence and instability end.

As to where the companies and workers might go, Poland and Ukraine seem the most likely options. Both countries are close to Belarus, geographically and culturally. According to local media, several dozen Belarusian IT companies are already in talks with Ukrainian co-working space providers about moving their companies there.

Mikhail Fedorov, the deputy prime minister for digital transformation in Ukraine, emphasised that the Ukrainian government and business partners want to create conditions for a convenient and fast relocation of Belarusian IT companies and specialists.

Companies might also choose to follow in the footsteps of Spoko, a Belarusian start-up that has found success by moving to Poland and currently has more than 120,000 users.

A month after the August 9 elections, the protests are still ongoing and a clear solution to the political crisis in Belarus is not in sight. Earlier this week, Maria Kolesnikova, one of three women who joined forces to challenge Mr Lukashenko in August’s vote, was kidnapped in Minsk by masked men who later attempted to deport her to Ukraine. She resisted, tearing up her passport to make it impossible for her to enter Ukraine, and is now in detention facing trial for “attempting to organise a coup d’etat”.

Maxim Znak, a lawyer and another leading member of the opposition, was also arrested this week. The Nobel Prize-winning writer Svetlana Alexievich – the last leading member of the opposition coordination council still in Belarus who has not been detained – said she had asked supporters to come to her home after she was harassed with knocks at her door and phone calls. She said masked men had attempted to break into her apartment.

Sweden’s Foreign Minister Ann Linde tweeted an image of the writer at home in Minsk surrounded by European diplomats late on Wednesday morning.

“Harassments, arrests [and] forced exile of opposition… is a serious violation of peaceful protests,” she said. “Happy to share this photo taken a moment ago in Minsk.”

Also on Wednesday, exiled opposition leader Svetlana Tikhanovskaya visited the Polish capital Warsaw where she delivered a speech at a university and called for the protests in Belarus to remain peaceful.

“I think it is impossible to fight violence and give violence,” she said.