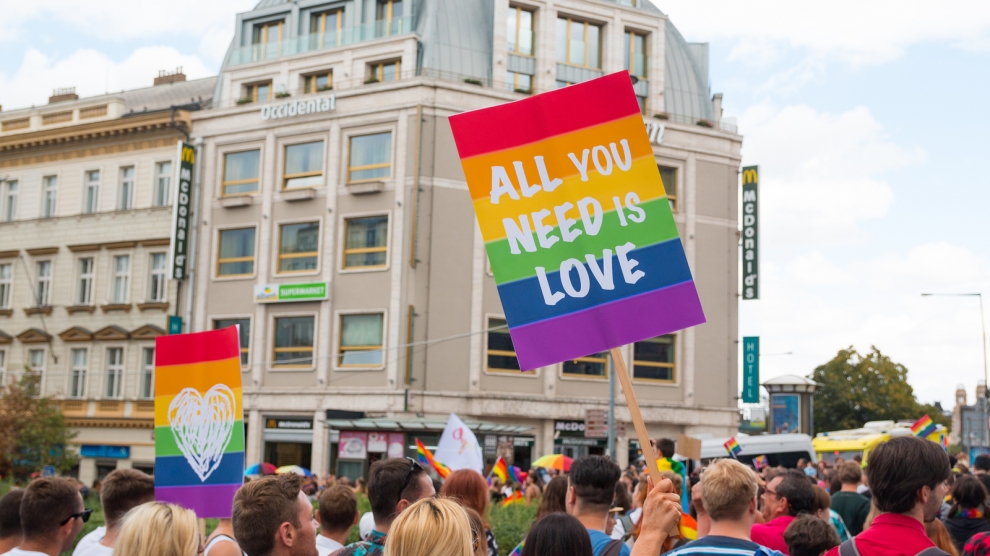 The Czech government has backed draft laws legalising same-sex marriage, and the country now looks set to become the first post-communist member of the EU to allow gay and lesbian couples to marry,

It has taken the Czech Republic 12 years to reach this point, following the promulgation in 2006 of a law permitting same-sex couples to enter into registered partnerships.

The proposed bill now needs a simple majority in order for it to be passed by the 200-seat parliament, while those in opposition would need 120 votes to implement a constitutional change defining marriage as “the union of one man and one woman.”

“I hold the view that marriage is some kind of basic value, which shouldn’t succumb to volatility,” said Marek Vyborny of the KDU-CSL, one of the bill’s biggest opponents.

“The fundamental principle of this amendment is to offer same-sex couples and their children the same dignity and protection of family life that (heterosexual) spouses and their children already enjoy,” said ANO MP Radka Maxova, one of the lawmakers who drafted the legislation.

Czeslaw Walek, founder, CEO and chairman of the Prague Pride association said in a statement to the Czech press that: “We believe that it is fair for gays and lesbians to be able to marry in the Czech Republic,” adding that “along with a symbolic difference, there are a number of real differences between a marriage and a partnership. When we speak to people and start explaining the differences, eyes are opened and people say that this is not fair.”

In its ruling the ECJ stated that while EU members have “the freedom whether or not to authorise marriage between persons of the same sex, they may not obstruct the freedom of residence of an EU citizen by refusing to grant his same-sex spouse, a national of a country that is not an EU member state, a derived right of residence in their territory.”