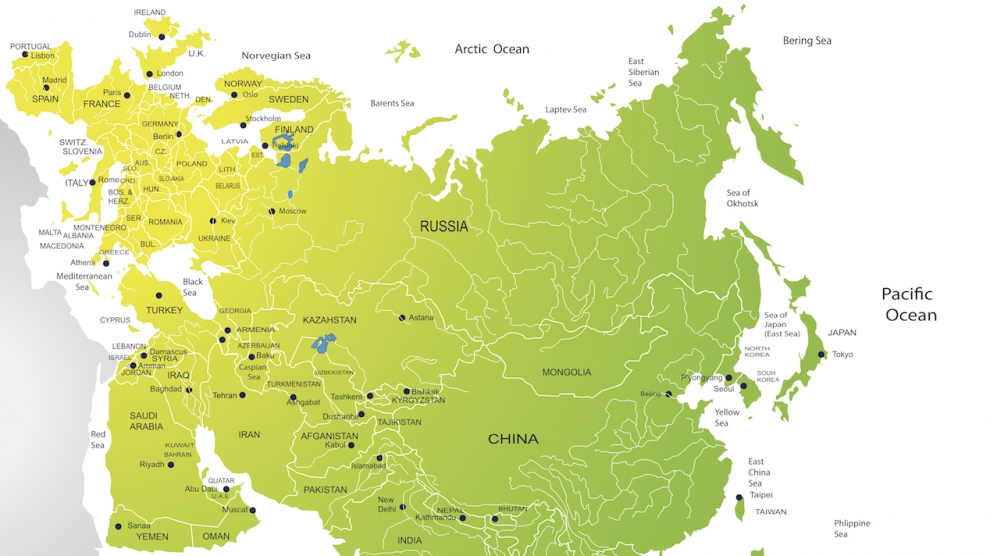 Can a single economic space spanning from Lisbon to Vladivostok exist? Is a closer collaboration between the European Union (EU) and the Eurasian Economic Union (EEU) possible? The time will show but the idea has already been developed and has been included in the Berlin Memorandum.

“This initiative is the result of practical needs of enterprises and the common wish for better cooperation on our continents combined,” says Ulf Schneider, CEO at Schneider Group, who presented the project at Eurasian Week in Kazakhstan in late August.

“Our working group was born out in one of many discussions about the future of the relations of our European countries and Russia and Eurasian neighbours, especially after Crimea and the introduction of sanctions, followed by counter-sanctions. Very soon, the idea of a common economic space, moving step by step towards the free movement of goods, services, capital and people emerged as a powerful driver. We even went beyond economic matters by, for instance, promoting initiatives for eventually visa free travel from Lisbon to Vladivostok,” he tells Emerging Europe.

The working group of the Berlin Memorandum includes five large business and industry associations in Europe, several large companies, including Siemens and Bosch, as well as 50 individuals.

This Common Economic Space is expected to bring together countries with considerable raw material resources and countries with highly innovative enterprises. It could also combine Western engineering knowledge and experience with the outstanding IT skills in the east, thus enhancing the “fourth industrial revolution” in the EU, EEU and in the countries in-between.

According to the Memorandum, an important factor for stronger economic cooperation will be represented by common infrastructures. The East-West corridor needs to be developed further with common investments directed at strengthening connectivity. Simultaneously, an improvement of the conditions of transit would allow the EEU to function as a link between the EU and China, similar to China’s concept of its new Silk Road. Following this, simplified tax regulations, recognition of official documents and the harmonisation of relevant jurisdictions will be implemented in order to open the door to a common judicial area.

Mr Schneider believes it is too idealistic to aim at a free trade zone in the near future, but concrete measures can be taken now.

“Instead of abolishing all customs duties — which is not realistic in the short run, we think it is important and more feasible to harmonise the procedures on duties between the EU and the EAEU. The working group is therefore launching three task forces: customs procedures simplification, technical regulation and certification, and visa simplification. Each of them are led by experts in their industry, with a deep understanding of practices and business cultures in different markets and of the challenges that exist. Every company can bring in their own know-how and issues that are important to them. We are talking to Polish, French, Italian, Ukrainian, Belarusian and other organisations, like chambers etc. It is crucial that this project becomes a real, inclusive cooperation built on broad support and input of ideas, to pave the way for mutually beneficial development,” he says.