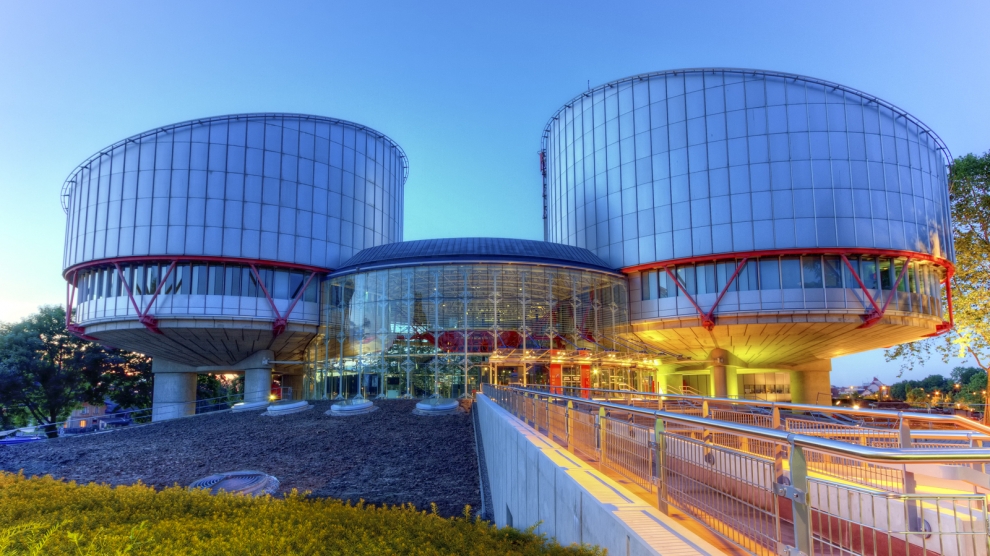 The European Court of Human Rights (ECHR) has ruled that a Moldovan activist’s conviction for using sculptures of genitals to protest against corruption was “manifestly disproportionate.”

The case concerned Anatol Mătăsaru’s conviction for demonstrating in front of the Moldovan prosecutor general’s office with obscene sculptures in 2013.

His sculptures likening public officials to genitals were intended to draw attention to corruption and political control over the Prosecutor’s Office.

The Moldovan courts found that his actions had been “immoral” and offensive for the senior prosecutors and politicians he had targeted. He was given a two-year suspended prison sentence.

The ECHR however found the interference with the activist’s freedom of expression had not been necessary in a democratic society and that there had been no justification whatsoever for imposing a prison sentence, even if suspended.

Mr Mătăsaru has a long history of protesting against corruption in Moldova. In 2014 he placed a human-size pig-like figure in front of the prosecutor general’s office. The pig held a banner saying “Spit on me, I am corrupted.”