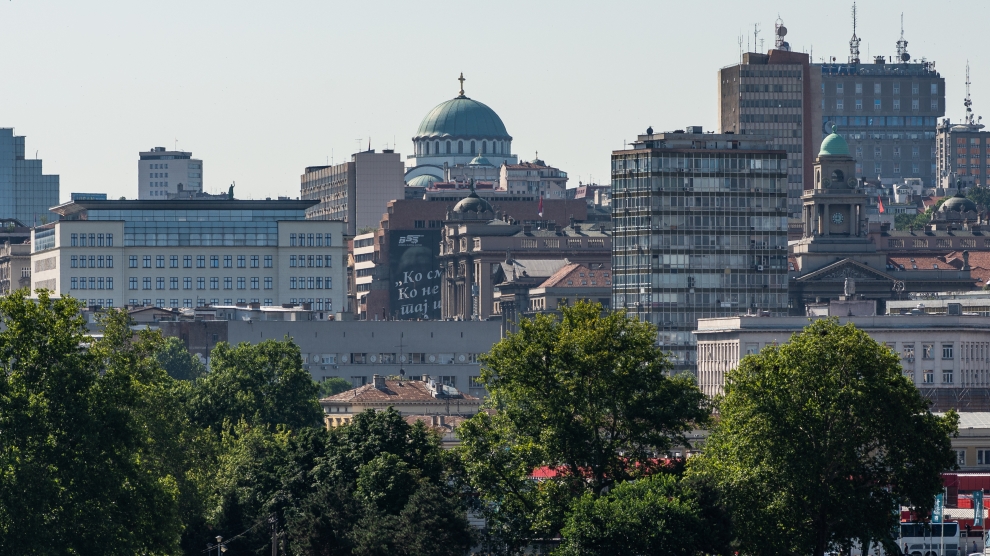 Twenty years of the European Union trying to drive political reconciliation in the Western Balkans through regional economic integration has delivered disappointing results, according to a recent study carried out by the Vienna Institute for International Economic Studies (wiiw) and Bertelsmann Stiftung.

The study argues that increased economic regional integration has done little to impact the most serious constitutional and territorial disputes in the Western Balkans and that further integration is unlikely to drive the solutions of these issues on its own. Instead, the authors argue that deeper integration with the EU itself should be pursued.

However, the fact that the results of regional integration have not been fully satisfactory does not mean it should stop or that the EU strategy for the Western Balkans had been totally wrong.

“The strategy has not been wrong in purely economic terms – economies in the Western Balkans have integrated more with each other over the last 20 years, especially with trade (less so investment). The problem is that the EU hoped greater economic integration would make a big contribution to solving outstanding constitutional and territorial issues, and obviously that has not happened,” says Richard Grieveson, deputy director at wiiw and one of the authors of the study.

One of the issues identified by the study is that while regional economic cooperation has increased for most Western Balkans countries, Serbia is a notable hold out. Instead, as the study notes, the country has pursued economic integration outside of the region, and especially with the European Union.

But perhaps even more importantly, increased integration with the European Union has not had the same effects in the region that it did for Central Europe. Stabilisation and Association Agreements (SAAs) have increased exports by 24.6 per cent and FDI from the EU by 46.2 per cent, but the Western Balkans have failed to attract the same level of investment as the Visegrád countries (Czechia, Hungary, Poland and Slovakia) did before they joined the EU. With a few exceptions such as Fiat-Chrysler coming to Serbia, large multinationals remain notably absent from the region.

The Western Balkans countries have also experienced the least economic convergence relative to Germany over the last 20 years, the study notes, with per capita GDP still trailing far behind the rest of Europe.

Problems with infrastructure connections are also observed, as the study points out that connectivity in the region still has many gaps.

While the general outlook of the study can be seen as somewhat grim, the authors do acknowledge the positive impact of the EU and Western Balkans integration process, with survey data showing that citizens are supportive of and highly engaged in regional cooperation efforts, and that a lot of important work is being done.

However, overall, the EU strategy has not achieved what it originally set out to do in the region. The increased economic cooperation hasn’t had that much of an effect on economic convergence and development. No matter how much work is put into economic integration of the region, the countries are still small and poor, limiting the potential gains.

The region has also largely failed to address what the study calls “geographies of animosity”: the long-standing disputes in the region with regards to territory and even history itself.

Following the break-up of Yugoslavia in the 1990s, it’s not an understatement to say that the countries have not really had much success in “overcoming the past”. Relations between Serbia and Bosnia-Herzegovina, and Serbia and Croatia are still very tense.

The region became even more politically unstable following Kosovo’s declaration of independence in 2008. Tensions have flared between Serbia and Kosovo, which Serbia still considers a part of its territory. Following the recent meeting between Aleksandar Vučić and Avdullah Hoti at the White House, negotiations have been restarted following a two-year freeze, but a concrete and final solution to the dispute is not in sight.

Kosovo is however set to join the so-called mini-Schengen initiative following the deal signed at the White House, although the exact impact of this, and indeed of the mini-Schengen pact itself (which will also include Albania, Montenegro and North Macedonia), is currently unclear.

“This is of course the most important and also most difficult question for the whole region. Without progress here, very little can move forward in the whole EU accession process for most of the Western Balkans,” adds Mr Grieveson.

According to the study, Serbia is at the centre of these “geographies of animosity” and the current situation allows it to extract concessions from all sides without having to formally renounce its territorial claim on Kosovo.

What the study argues is that these territorial and constitutional issues are themselves barriers to economic integration.

“I think it was probably always clear that to really solve difficult political issues, you need to target them directly,” Mr Grieveson points out.

Not all is lost, however, and the study points out one possible way for the European Union and Western Balkans to go forward — a maximum possible level of economic integration of the Western Balkans into the EU. As the authors argue, greater access to the EU’s budget could have real material impact on the Western Balkans economies, while the increased contributions that this would require will barely register in the net contributor EU countries.

Additionally, the Western Balkans countries should join the EU Customs Union and the existing SAAs should be expanded.

“If full accession for at least some of the countries is still many years away, then more should be done to integrate the Western Balkans economically with the EU in the meantime,” Mr Grieveson tells Emerging Europe.

He further adds that in the study, it was found that for the Visegrád countries increased integration with the EU actually went hand in hand with greater intra-Visegrád integration.

The study authors believe the current times, with EU scepticism rising, ideas of territorial swaps gaining traction, rapid outward migration from the Western Balkans region and the ongoing Covid-19 pandemic, call for greater urgency on the part of the European Union and for imaginative solutions to bolster EU accession prospects of the Western Balkans.

“Including the Western Balkans more fully in the EU budget has long been discussed, and in light of the current pandemic this is probably more relevant than ever,” Mr Grieveson concludes.