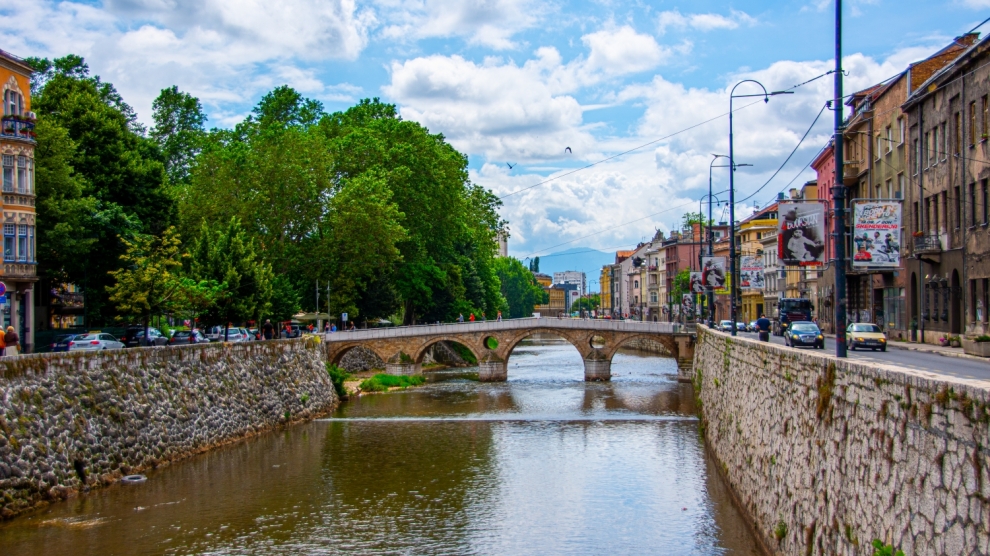 The International Monetary Fund (IMF) has approved an emergency support package for Bosnia and Herzegovina to the tune of 361 million US dollars.

Due to the shutdowns in relation to the Covid-19 pandemic the country’s economy is expected to decline five per cent in 2020 before recovering to 3.5 per cent growth in 2021.

“Bosnia and Herzegovina’s economy has been suffering from the Covid-19 pandemic, which has created an urgent balance of payments need. Given the large and rapid deterioration of external accounts, the rapid financing instrument will help provide support for scaling up priority spending on health and social assistance, while preserving debt sustainability,” says Tao Zhang, deputy managing director at the IMF.

The IMF’s rapid financing instrument allows member countries access to funds without the need for a fully-fledged economic programme or reviews.

Bosnia and Herzegovina has followed a similar tactic to most other emerging Europe nations when it comes to the containment of Covid-19.

Schools and non-essential businesses have been closed since March 21, and a nation-wide curfew was put in place prohibiting citizens from going out between 8pm and 5am the following day.

The economic impact of coronavirus in the country was first felt way back in January, according to Admir Čavalić, an economic analyst in Bosnia and Herzegovina.

“The economic consequences of Covid-19 were first felt by some industrial companies,” he tells Emerging Europe. “This is due to the fact that China is an important foreign trade partner of the country. However, the real problems began in March, in line with the decline in foreign trade activity with Italy, which is one of the five largest export markets for Bosnia and Herzegovina.”

Mr Čavalić also notes that while the measures instituted in the country have been praised by the World Health Organisation, they have come at a heavy cost to the economy.

“[The measures have] absolutely blocked most of the domestic economy, especially the services sector,” he says.

But it’s not just the coronavirus measures that have caused the current state of affairs.

“Bosnia and Herzegovina was unprepared for this crisis,” adds Mr Čavalić. “At the end of [last] year we had a slowdown in economic activity, which led to a decrease in the forecast of modest economic growth, which is around two to three per cent annually. What is particularly problematic is the fact that budgets are quite limited. As such, in the [Bosnian-Croat] Federation, the pension fund was transferred to the budget.”

Another pain point for the country, just as in the most of Western Balkans, is the brain drain.

“We can’t forget the trend of departure of the working-age population, mostly to Germany. The estimate is about 50,000 workers a year,” he adds.

An additional problem is the debt crisis in the Republika Srpska, where total debt is now nearly 50 per cent of the entity’s GDP.

Mr Čavalić sees the unique structure of Bosnia and Herzegovina as a mixed blessing in times of crisis.

“I am sorry that the potential of decentralisation is not fully utilised,” he says. “The federal government prevented Tuzla [a canton in Bosnia and Herzegovina] from reopening part of its economy first. If the Federation would allow the cantons to at least experiment with liberalisation this would enhance the system’s ability to learn about what works.”

However, the federal structure of Bosnia and Herzegovina does cause some issues. In early April, the city of Trebinje in the Republika Srpska banned the transport of goods from neighbouring Čapljina in the Federation after a case of Covid-19 was discovered there. The measure, that legal experts called unconstitutional, was withdrawn a day later.

More constitutional trouble came on April 22, when the Constitutional Court declared that the measure which completely forbids those older than 65 and younger than 18 to leave their homes is, in fact, unconstitutional. The court has given the federal government a five-day deadline to address the situation.

“When it comes to economic measures, the biggest problem is the lack of coordination between different levels of government regarding the implementation of the measures. On the other hand, the good thing about decentralisation is that problems, whether pandemic or economic, are very effectively localised,” Mr Čavalić concludes.

Currently, there are 1,368 confirmed Covid-19 cases in Bosnia and Herzegovina, including 53 deaths.