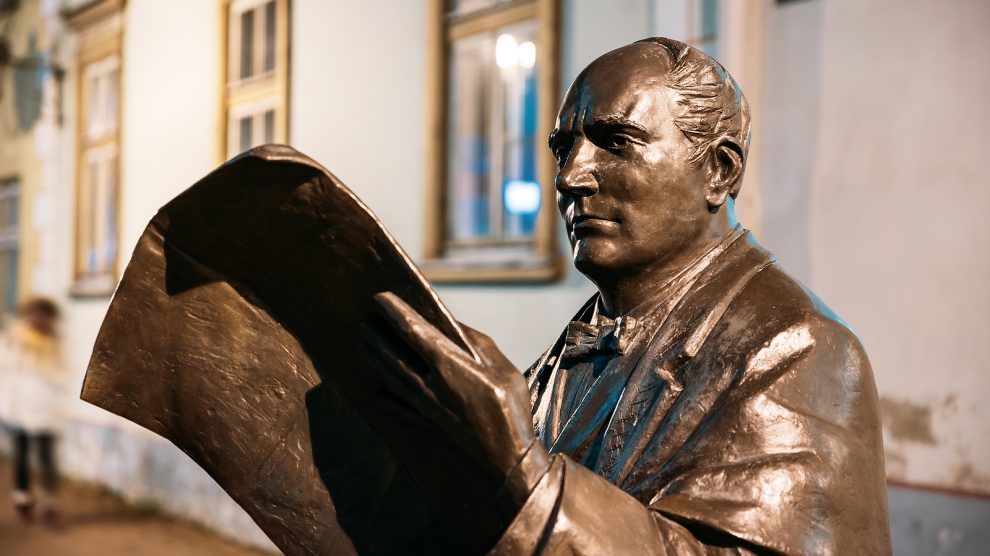 In just one country in the emerging Europe region does Reporters Sans Frontières class the press freedom situation as “good”: Estonia. In six others it is “satisfactory”, with the rest falling into the “problematic”, “difficult”, or “very serious” categories.

The 2022 edition of the World Press Freedom Index, which assesses the state of journalism in 180 countries and territories, highlights the disastrous effects of news and information chaos – the effects of a globalised and unregulated online information space that encourages fake news and propaganda.

Published by Reporters Sans Frontières (RSF) on May 3, World Press Freedom Day, the index claims that within democratic societies, divisions are growing as a result of the spread of opinion media following the “Fox News model” and the spread of disinformation circuits that are amplified by the way social media functions.

At the international level, democracies are being weakened by the asymmetry between open societies and despotic regimes that control their media and online platforms while waging propaganda wars against democracies. Polarisation on these two levels is fuelling increased tension.

The invasion of Ukraine (106th on the index) by Russia (155th) at the end of February reflects this process, as the physical conflict was preceded by a propaganda war.

Meanwhile, the suppression of independent media is contributing to a sharp polarisation in “illiberal democracies” such as Poland (66th), where the authorities have consolidated their control over public broadcasting and their strategy of “re-Polonising” the privately-owned media.

The quintet of Nordic and Baltic countries at the top of the Index – Norway, Denmark, Sweden, Finland, and Estonia – continues to serve as a democratic model where freedom of expression flourishes, while Moldova (40th) and Bulgaria (91st) stand out this year thanks to government change and the hope it has brought for improvement in the situation for journalists even if oligarchs still own or control the media.

The situation in emerging Europe

In the case of Estonia, once again emerging Europe’s leader on the index and the only country in the region where the press freedom situation is considered “good”, the report says that “the political environment [in Estonia] has been characterised by a relative neutrality towards journalism and few verbal attacks, which has contributed to journalists being able to hold politicians accountable without fear of persecution.”

“The creation of media weaponry in authoritarian countries eliminates their citizens’ right to information but is also linked to the rise in international tension, which can lead to the worst kind of wars,” says RSF Secretary-General Christophe Deloire.

“Urgent decisions are needed in response to these issues, promoting a New Deal for Journalism, and adopting an appropriate legal framework, with a system to protect democratic online information spaces.”

In the 180 countries and territories ranked by RSF, indicators are assessed on the basis of a quantitative survey of press freedom violations and abuses against journalists and media, and a qualitative study based on the responses of hundreds of press freedom experts selected by RSF (journalists, academics and human rights defenders) to a questionnaire with 123 questions.

The methodology defines press freedom as “the effective possibility for journalists, as individuals and as groups, to select, produce and disseminate news and information in the public interest, independently from political, economic, legal and social interference, and without threats to their physical and mental safety.”