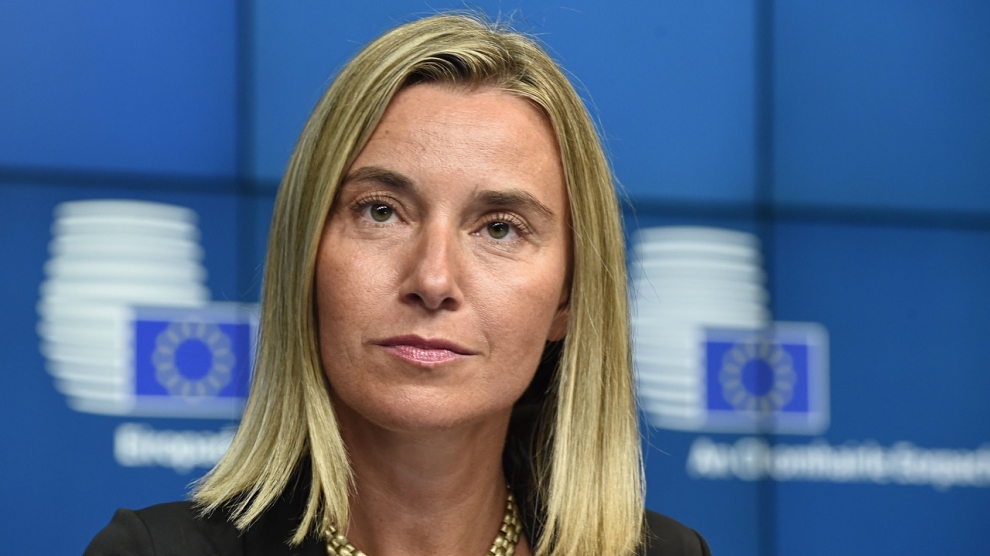 Foreign ministers of the 28 European Union member states and the EU’s six Eastern neighbours took part in a meeting in Luxembourg in mid-October to review progress made under the 20 Deliverables for 2020: Bringing tangible results for citizens initiative, a policy aiming to build economic resilience, strengthen governance, improving connectivity and bring societies in the region closer together.

“The meeting was an opportunity to recommit to the Eastern Partnership and to bilateral cooperation within a multilateral framework; to prepare for the 10th anniversary of the Eastern Partnership in 2019; and to take stock of the implementation of 20 deliverables for 2020,” said the chair of the meeting, High Representative of EU for Foreign Affairs and Security Policy/Vice-President of the European Commission, Federica Mogherini, pictured above.

“There remains strong commitment and strong determination to continue this partnership,” she added.

Amongst key developments have been the launch of the Eastern Partnership European School in Tbilisi, Georgia, enhanced support for small and medium-sized enterprises, intensification of trade and finalisation of the TEN-T investment plan, which aims to strengthen the connectivity between the EU and Eastern Partnership, were particularly mentioned.

Johannes Hahn, the commissioner for European Neighbourhood Policy and Enlargement Negotiations, drew the attention to the efforts being made in strengthening youth mobility through the Erasmus+ programme and a number of other initiatives, while stressing that other countries have also requested for the launch of the European School on their territories. At the same time, he highlighted the importance of ensuring the further progression in judicial reforms, freedom of media, and support to the civil society.

The Eastern Partnership, launched in 2009, includes Armenia, Azerbaijan, Belarus, Georgia, Moldova and Ukraine, and is intended to provide an avenue for discussions on trade, economic strategy, travel agreements, and other issues between the EU and its Eastern European neighbours.