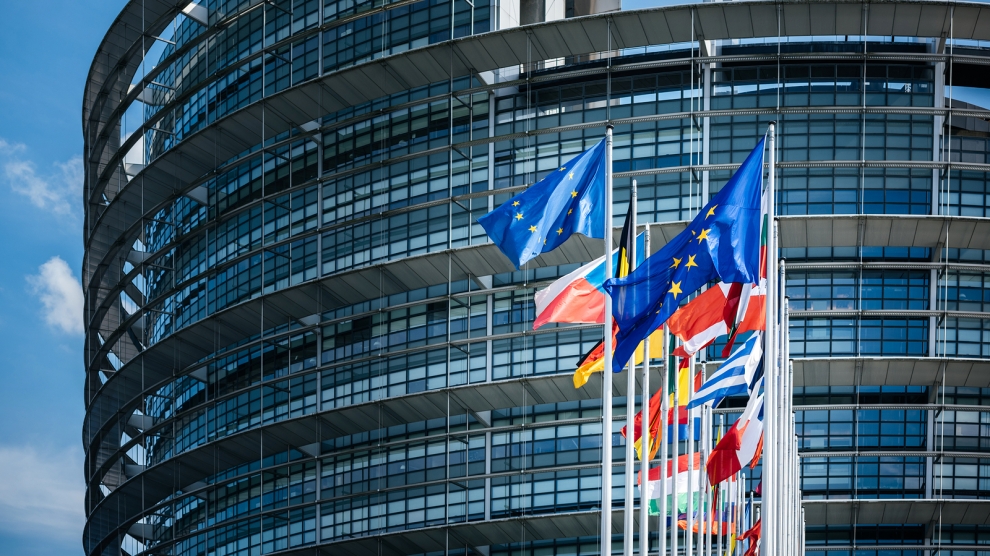 In a sign that the European Union is continuing to conduct political business despite much of its staff and resources having been shifted to deal with the coronavirus pandemic, EU foreign ministers have agreed to begin accession talks with Albania and North Macedonia.

The agreement – reached during a video conference – will also come as a sign that the EU remains committed to the Western Balkans following criticism in some parts of the region – particularly Serbia – that it should be doing more to help would-be member states combat the spread of the virus.

“We hope to start negotiations very quickly,” Oliver Varhelyi, commissioner for enlargement and neighborhood policy said after the video conference.

He congratulated the two countries for their progress and the Croatian presidency of the Council of the EU for making the agreement possible.

“We have shown our determination to reach our goals,” he said, referring to the difficulties in coming to an agreement on the issue of Albania and North Macedonia’s accession.

Despite further positive recommendations by the Commission in May 2019, French-led objections have twice since forced the European Council – which has the ultimate say – to postpone a decision on Albania and North Macedonia’s accession status.

In the last round of talks held in Brussels in October, the Council broke up without the two Balkan states being given a date to begin the long process of accession negotiations. While most EU member states believe that the two countries – North Macedonia especially, which ended a 30-year dispute with Greece over the use of the name Macedonia – have made enough progress for talks to begin, French President Emmanuel Macron steadfastly opposed the idea, as did Denmark and the Netherlands.

Mr Macron’s opposition forced the North Macedonian prime minister, Zoran Zaev, to resign and call an early election. His government had promised progress EU membership in exchange for public support for the unpopular name change. These new elections, originally scheduled for April 12, have now been indefinitely postponed because of the coronavirus pandemic, and a caretaker government remains in place.

Since the Brussels summit in October, however, there has been a shift in attitudes brought about by proposed changes to the accession process itself.

The Commission issued the proposals as a way of providing a credible EU perspective for the Western Balkans while reassuring existing member states that safeguards will ensure a level playing field for would-be members.

The Commission aims to make the process more predictable by providing greater clarity on what the EU expects of enlargement countries at different stages. It will make clearer what the positive consequences progress on reforms can bring, and what the negative consequences will be when there is no progress.

To encourage demanding reforms, the Commission will better define the conditions set for candidates to progress and will provide clear and tangible incentives of direct interest to citizens. Incentives could include accelerated integration and “phasing-in” to individual EU policies, the EU market and EU programmes – while ensuring a level playing field – as well as increased funding and investments. The more candidates advance in their reforms, the more they will advance in the process.

Equally, the Commission proposes more decisive measures proportionally sanctioning any serious or prolonged stagnation or backsliding in reform implementation and meeting the requirements of accession process. Negotiations could be put on hold in certain areas, or in the most serious cases, suspended overall, and already closed chapters could be re-opened; benefits of closer integration, like access to EU programmes, could be paused or withdrawn, and the scope and intensity of EU funding could be adjusted downward.

Dacian Ciolos, a former Romanian prime minister and currently president of Mr Macron’s Renew Europe Group in the European Parliament, welcomed the agreement and made it clear that the changes to the accession process had been crucial in reaching a compromise.

“The Renew Europe family has been at the forefront of the reflection on the revision of the methodology of accession negotiations,” he said. “Our group is convinced that the process through which a country becomes a member of the European Union should be less bureaucratic and become a political and societal process. The citizens of candidate countries and citizens of the European Union need to be more involved and more informed of the strengths and benefits of this process. The revision of the enlargement methodology is a good step in this direction.”

Mr Ciolos also called on the EU to do more for the Western Balkans as they battle to contain coronavirus.

“The current crisis created by the spreading of Covid-19 on our continent is affecting everyone, regardless of EU membership. The European Union must show solidarity with the Western Balkan countries, in this difficult time, by easing the export rules of essential medical equipment and allowing the use of pre-accession funds for the current health crisis.”