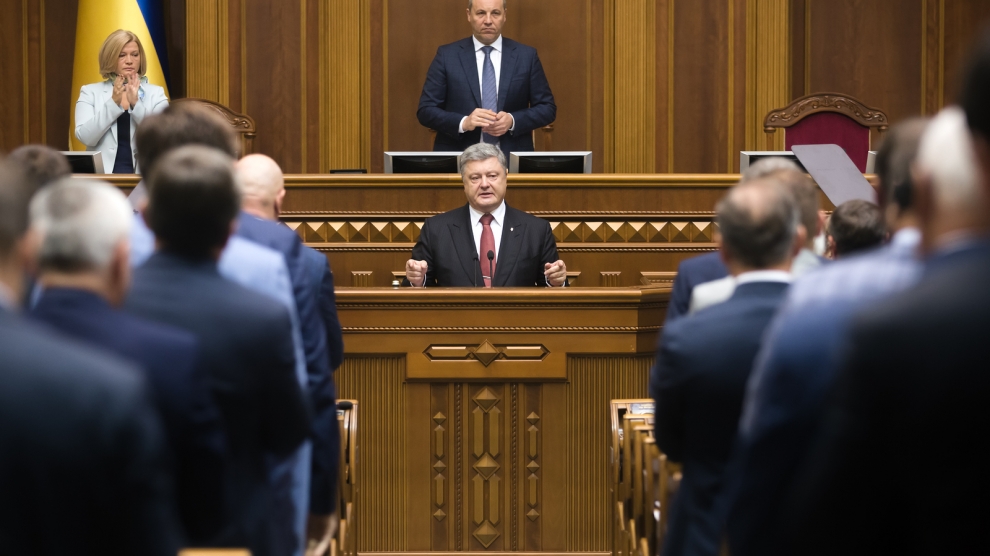 The European Union has called Ukraine’s adoption of the legislation to establish a High Anti-Corruption Court a positive development, and has stated that it is ready to support the process in order to see the court up and running by the end of the year.

“Ukraine’s adoption of the legislation with a view to establishing a High Anti-Corruption Court is a positive development in accordance with its international obligations and to the benefit of Ukrainian citizens and businesses,” said Maja Kocijančič, the EU’s spokesperson for European Neighbourhood Policy and Enlargement Negotiations.

“The establishment marks a significant step in the crucial fight against corruption in Ukraine which is a key component of the EU-Ukraine Association Agreement and follows the commitments taken by Ukraine during the EU-Ukraine Summit on July 9 in Brussels.”

The court is being set up as part of Ukraine’s 17.5 billion US dollar IMF bailout package and has become a symbol of its efforts to stamp out high-level corruption that has blighted the country for decades. The Rada, Ukraine’s parliament, passed a bill establishing the court on July 12. President Petro Poroshenko signed it into law on August 2.

“We look forward to the court being fully operational before the end of the year as this is the intention of the authorities. What counts now, what will support the country and its people to fight against corruption will be the full implementation of this act. The European Union stands ready to support the process.”