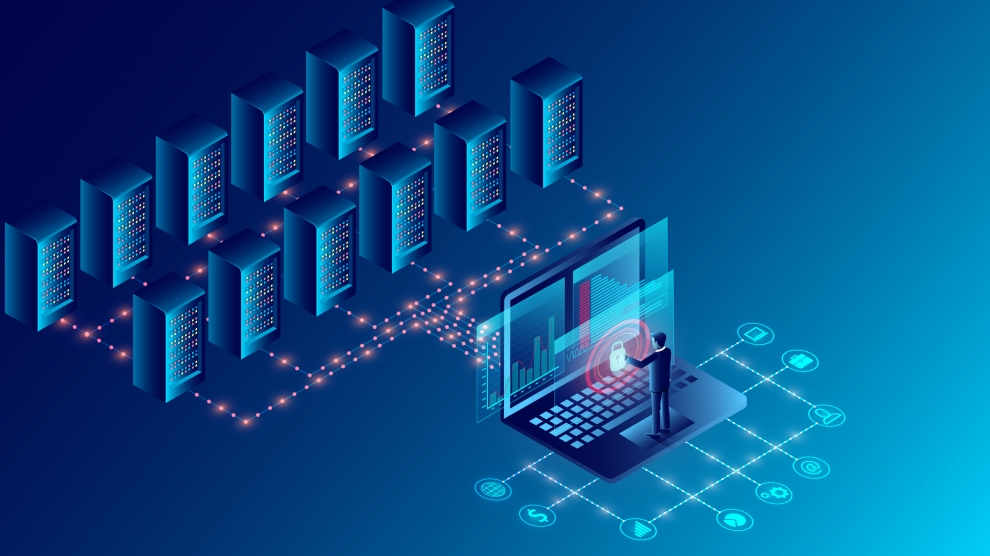 The European Commission has published its yearly Digital Economy and Society Index (DESI) report, which tracks the evolution of EU member countries in digital competitiveness and ranks them based on overall performance.

DESI takes into account five relevant indicators — connectivity, human capital, use of internet services, integration of digital technologies, digital public services — and assigns an overall score on a scale of 100.

In emerging Europe, Estonia leads the way with a score of 61.6, and along with Lithuania (53.9) is the only state in the region to achieve an overall score higher than the EU average of 52.6. The good news however is that all of the 11 emerging Europe countries in the EU improved on their 2019 scores. 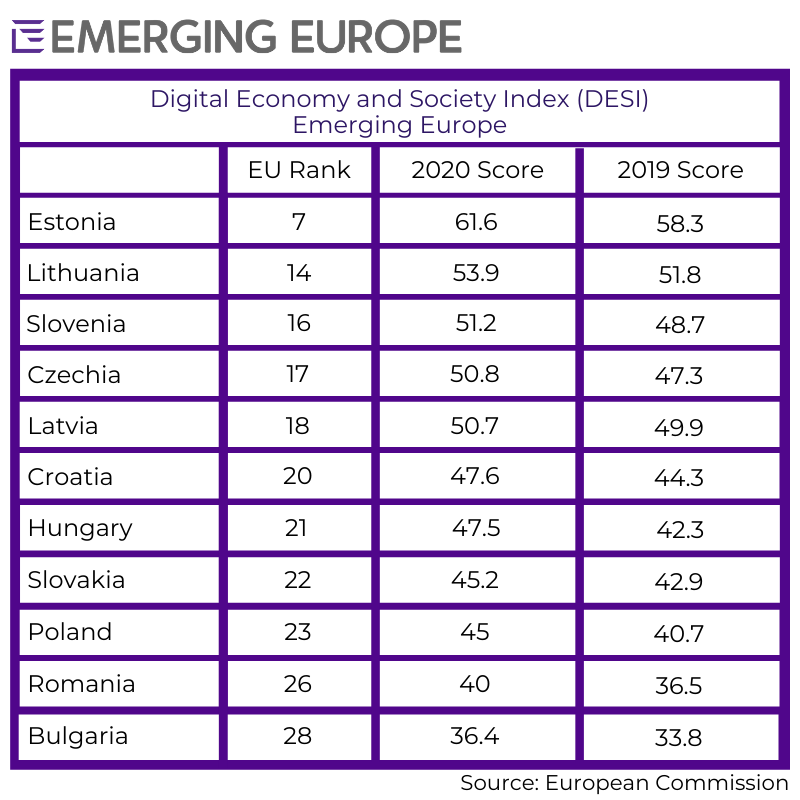 The report highlights the large number of digital public services offered in Estonia, as well the potential of its human capital. Women in Estonia make up 2.6 per cent of ICT specialists, above the EU average of 1.4 per cent.

However, the report also points to challenges ahead for Estonia, such as the completion of its ambitious 5G plans and the digitalisation of those companies which are still not taking full advantage of the possibilities afforded by e-commerce.

The report this year took Covid-19 into special consideration due to the effect of the pandemic on digital services, especially digital public services.

“The current Covid-19 pandemic has shown how important digital assets have become to our economies and how networks and connectivity, data, AI and supercomputing as well as basic and advanced digital skills sustain our economies and societies by allowing work to continue, tracking the spread of the virus and accelerating the search for medications and vaccines,” the report states.

Once again, Lithuania and Estonia again lead the pack in digital responses to the Covid-19 pandemic. Both countries have deployed innovative solutions such as AI chatbots that answer citizens’ questions about the virus, and hackathons to help find solutions to issues raised by the pandemic.

Elsewhere in emerging Europe, the report notes that Croatia has the sixth highest share of ICT graduates in the EU, but also that the number of skilled ICT workers remains lower than the demand.

And while Croatians are keen readers of online news, the report reveals that 18 per cent of people in the country have never actually used the internet.

In Hungary, internet adoption rates are high with the nation being a leader in the take-up of broadband with speeds higher than 100 Mbps. The country is also 5G ready. However, while there has been marked improvement over the past year in nearly all areas covered by DESI, Hungary still lags behind in digital know-how, with over half of its population lacking basic digital and software skills.

Romania is second-to-last in emerging Europe with a score of 40. Known for its blazing fast internet speeds (49 per cent of households have internet speeds classified as “ultrafast”), the report notes slow overall progress. Romania’s performance was the same across four of the five indications compared to last year.

Digitalisation of the economy especially lags behind, and the country ranks lowest in the EU in digital public services and use of internet services.

For the second year in succession, Bulgaria is last in both emerging Europe and the EU as a whole, with a score of 36.4, well below Romania and far below the EU average.

While Bulgaria doesn’t perform badly in connectivity and has made strides in developing e-government services, it ranks worst in the entire European Union in digital skills. Only 29 per cent of the population have at least basic skills, while just 11 per cent have skills at a higher level.

Businesses don’t fare much better, as most are still not taking advantage of the digital economy. Online selling has been adopted by only seven per cent of small and medium enterprises (the EU average is 18 per cent), only three per cent make cross border sales and only two per cent of turnover comes from digital channels.

However, the Bulgarian Ministry of Transport, Information Technology and Communications is in the process of drawing up a digital transformation document that will outline a new digital strategy, setting out goals to be achieved by 2030.

Overall, the DESI report reveals striking differences between Western and Eastern Europe in digital transformation. Most western European countries rank higher than EU average, with Finland, Sweden, and Denmark leading across all of the key digitalisation indicators.

Emerging Europe has some catching up to do.