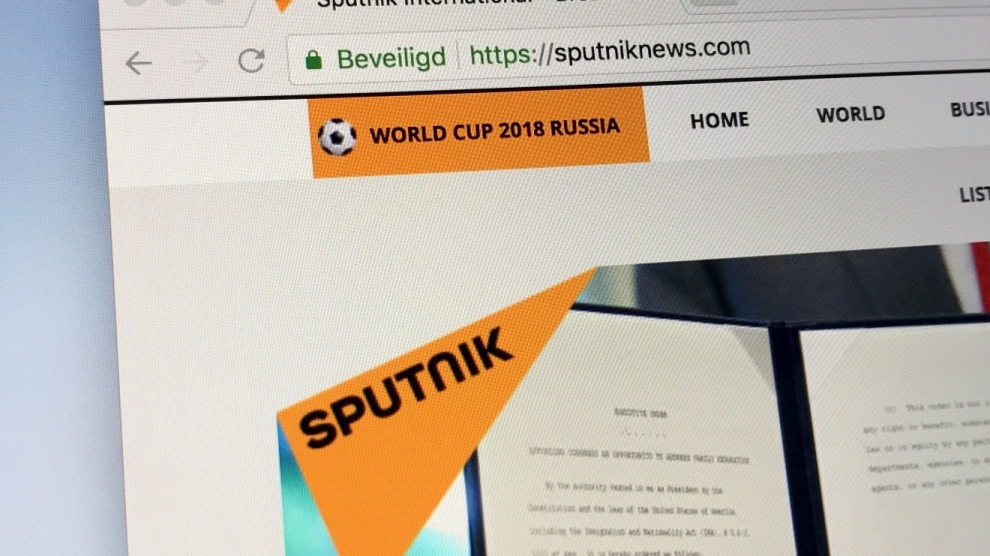 The Russian news agency Sputnik has closed its office in Estonia after all 35 of its employees resigned following what the agency claims was pressure from the Estonian authorities.

“Unfortunately, experience dictates that despite the apparent absurdity of the Estonian government’s threats, criminal prosecution of journalists is a reality in today’s Europe,” the announcement said.

Sputnik Estonia, which produces audio and text online in Russian and Estonian, is controlled by the Russian state media organisation Rossiya Segodnya, which also runs the news wire RIA-Novosti

In reality, the closure is a direct result of European Union sanctions against Dmitri Kisseljov, the head of Rossija Segodnya. The sanctions were introduced as part of the European Union’s response to Mr Kisseljov’s (and, by association, Sputnik’s) support for Russia’s continued violation of Ukraine’s territorial integrity.

Known as the Voice of Russia until 2014 when it was rebranded as Sputnik, the agency has been a thorn in the side of a number of Central and Eastern European countries for many years, parroting the Kremlin line on all major issues while championing nationalist causes. Aside from its international and Estonian-language sites, the portal has 29 further editions, including in Armenia, Azerbaijan, Belarus, Czechia, Estonia, Georgia, Latvia, Moldova, Poland and Serbia.

Last year, Facebook removed hundreds of pages on its social media platform which passed as independent news sites but were in fact run by Sputnik employees, while a court in Vilnius ruled that the Lithuanian version of Sputnik should be banned after it repeatedly breached copyright laws.

Foreign Policy magazine has described Sputnik as a slick and internet-savvy outlet of Kremlin propaganda, which “remixes President Vladimir Putin’s brand of revanchist nationalism for an international audience… beating a predictable drum of anti-Western rhetoric.”

It is highly doubtful many Estonians will miss it.

The Balkans aren’t ready for the Big One: Elsewhere in emerging Europe
In Romania, a lack of motorways is fueling conspiracy theories
Comment