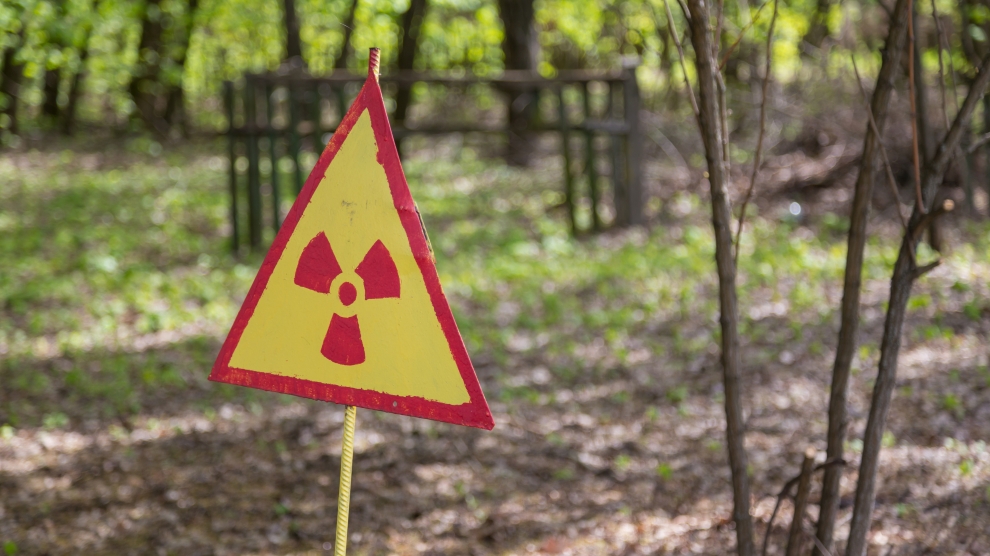 From Hiroshima, Chernobyl, and Fukushima, we are learning about the ghastly, lingering effects of radiation on human bodies. From the uninhabited landscapes of Chernobyl, we are learning how ecosystems react to—and recover from—the same invisible insult.

The institute near Bucharest hosts the world’s most powerful scientific laser — but some scientists say that poor management is threatening the facility and the project.

As ties between Belgrade and Budapest flourish, so too do the fortunes of a group of connected companies that have come to dominate the business of Serbian street lighting.

Poland’s justice ministry has handed over a cheque to one of the districts that lost out on European Union funding due to adopting a resolution declaring itself “free from LGBT ideology”. The amount is three times as much as it was supposed to receive from the EU. During the ceremony, the justice minister promised that he would always stand up for Polish districts “harassed by the European Commission for ideological reasons”. He called for the creation by the government of a “permanent support mechanism” for such places.

Dark money, dirty politics and the backlash against human rights

Tajikistan: Making the world better, one businesswoman at a time

In Tajikistan, small-scale entrepreneurship is a lifeline for women abandoned by their migrant husbands.

Read to the full story here.

Events in Belarus now join a long line of anti-Soviet and anti-post-Soviet protest movements – some of which succeeded, some of which failed. “Colour revolutions” is a flimsy, politically compromised term that offers much too short a perspective. Since Belarus is the most Soviet of all the post-Soviet states, you can reach back even as far as the East German protests in 1953. When you see workers in large state factories confronting Alexander Lukashenko face to face, and reportedly forming an inter-factory strike committee, you are in Poland in 1980. Or perhaps it’s more like Armenia in 2018? Or Ukraine in 2014? Or – the unavoidable reference – the central European revolutions of 1989? And don’t forget that Belarusians themselves have tried several times before. This is not the first election Lukashenko has falsified.

Between separation and integration: Bulgarians in Moldova

Historically, Moldova has been considered an ethnic melting pot, home to numerous minorities including Ukrainians, Russians and Gagauzians, as well as some 65,000 ethnic Bulgarians. Known as Bessarabian Bulgarians, they are primarily located in two regions, Taraclia in southern Moldova, and the village of Parcani, presently controlled by the de-facto authorities of Transnistria.

Today’s Ukraine is bilingual, with many people speaking both Russian and Ukrainian in their day-to-day lives. But Ukrainian is also undergoing a cultural revival. As of 2019, TV and radio stations were asked to boost their Ukrainian-language content. And, for the first time since the early days of independence, there is a new excitement surrounding Ukrainian-language music — largely thanks to the fierce figures representing raw expression in their mother tongue.

fter more than a month of protests, Bulgaria’s longstanding prime minister, Boyko Borissov, said last week he would resign if parliament approved his call for the election of a grand national assembly to “restart the state”.

The Balkans are getting short of people