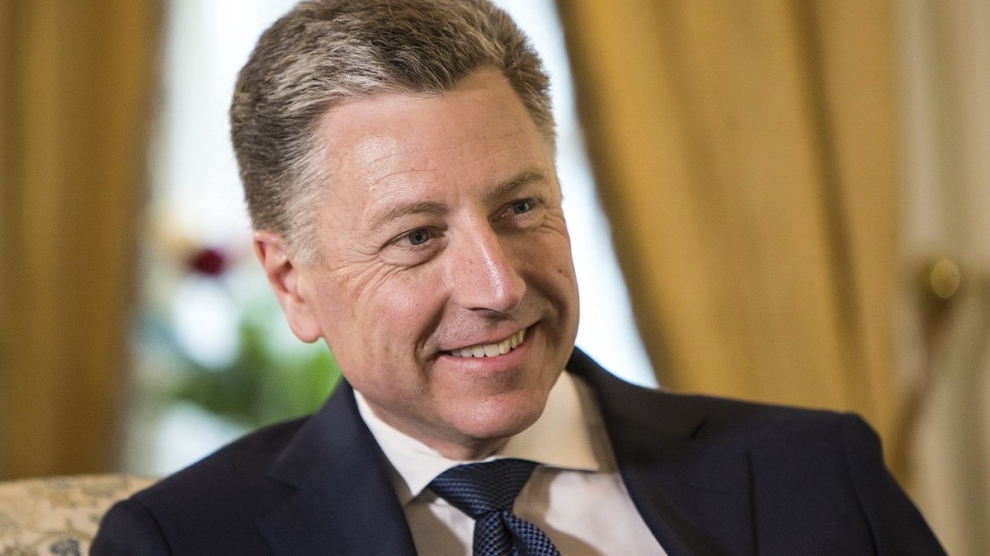 Kurt Volker, the former special envoy of the United States to Ukraine, is reportedly planning to testify in three committees of the US Congress about his role in the alleged misdealings of the US president Donald Trump in Ukraine, CNN has reported.

Mr Volker, who will appear before the Intelligence, Oversight and Foreign Affairs Committees of the US House on October 3, is at the centre of a congressional impeachment inquiry claiming that Mr Trump threatened to withhold 400 million US dollars of congressional foreign and military aid for Ukraine unless the Ukrainian president Volodymyr Zelensky launched a corruption probe into the activities of US Democratic presidential hopeful and former vice president Joe Biden and his son, Hunter Biden.

Ukrainian authorities found no evidence of wrongdoing against neither Joe nor Hunter Biden.

The former special envoy is accused of facilitating meetings between members of Mr Zelensky’s senior staff and Rudy Giuliani, the personal attorney of the US president on behalf of the US Department of State.

At the same time, a whistleblower complaint claims that Mr Volker, despite putting the US president’s lawyer in touch with Ukrainian officials, tried to “contain the damage” Mr Giuliani had caused when speaking to him.

Mr Giuliani and US Secretary of State Mike Pompeo were also subpoenaed to testify. The whistleblower will also appear at a congressional hearing as early as this week.

Mr Volker’s resignation was announced on September 27, one day after the whistleblower – a US intelligence official – exposed the US president’s move to push Mr Zelensky to investigate his political rival.

Andrey Yermak, an advisor to the Ukrainian president, said that Mr Volker’s resignation was unfortunate since he, as special envoy for peace settlement in Ukraine, was key to maintaining US aid to the country.

“These are the internal affairs of the United States,” he said on September 29, adding that bilateral relations are “powerful.”

Meantime, the National Anti-Corruption Bureau of Ukraine (NABU) announced that it had launched a probe into Burisma Holdings, the company where Mr Biden’s son serves as a board member. However, the probe involves the company’s alleged misdealings between 2010 and 2012, well before Hunter Biden joined its board.

Mr Volker is now also facing criticism over being tasked with pushing Ukraine for peace and holding a job at BGR, a US lobbying firm and the McCain Institute at the same time. Both BGR and the McCain Institute have financial ties to Raytheon, US defence firm that manufactures Javelin-type missile systems which the Ukrainian president asked for from Mr Trump. BGR said that the former US envoy recused himself from any of the company’s Ukraine-related businesses.