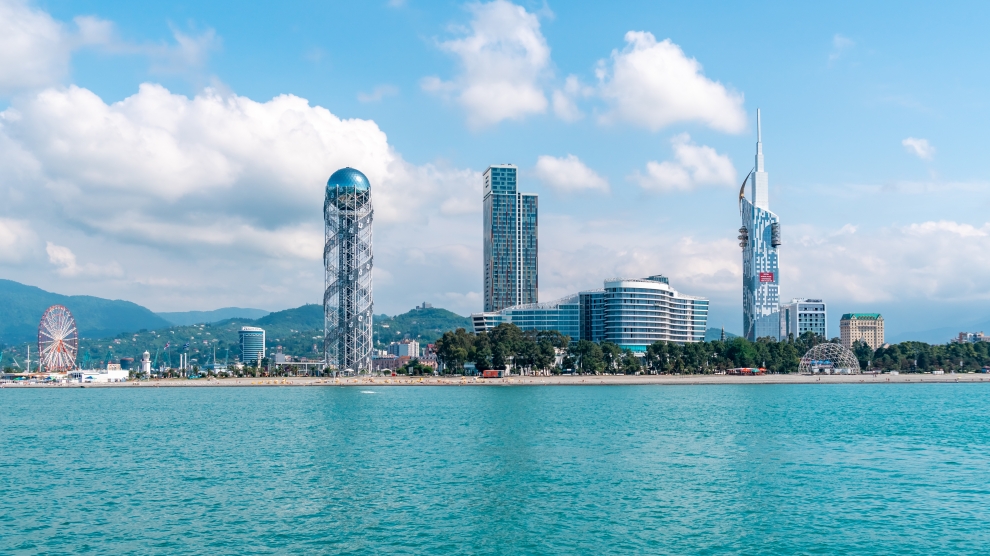 Few countries in emerging Europe have dealt with the Covid-19 pandemic as well as Georgia, where the total number of cases has been limited to fewer than 1,000. Just 15 people have died, and its ratio of fewer than four deaths per one million inhabitants is one of the lowest in the world.

In neighbouring Armenia by contrast – which has a smaller population – the pandemic is increasingly out of control: the total number of cases now tops 25,000, and 433 people have died.

So successful has Georgia been in keeping the virus at bay, that governments around the world have been looking at how the Caucasus country has managed to control the spread so well.

One of the key factors in controlling the outbreak has been the role of the Richard Lugar Public Health Research Centre, part of the National Centre for Disease Control, which offers the authorities the ability to quickly turnaround tests, and to track and trace contacts with those infected.

Georgia had hoped to make the most of its success by reopening its borders to international visitors on July 1. It even came up with a slogan: Georgia, the safe destination. At the weekend, the country changed its mind, however, announcing that it would be ready to receive international tourists from July 31, and then only in certain parts of the country, the so-called Green Zones, where there are no active cases of coronavirus, such as the Ajara region on the Black Sea coast.

Citing a “rapid increase in the number of new coronavirus cases in partner and neighbouring countries”, Georgia’s government appears to have placed health concerns above its eagerness to relaunch tourism, which in recent years has become a key part of the country’s economy, accounting for nearly 10 per cent of GDP in 2019. The number of visitors to the country continued to increase last year – by 7.1 per cent, to 9.4 million – despite a ban on flights to and from Russia, hitherto one of its most lucrative incoming markets, imposed by the Kremlin early last summer following anti-Russian protests in the Georgian capital, Tbilisi.

“The priority now is the health of our population and the epidemiological situation in Georgia,” says Natia Turnava, the country’s economy and sustainable development minister.

At Batumi on the Black Sea, the newly opened Le Meridien hotel – a remarkable skyscraper in a skyline not short of remarkable skyscrapers, and one of many new attractions in the city – still waits for its first international guests, although as Mikheil Koplatadze, head of Ajara’s international tourism promotion office, tells Emerging Europe, domestic visitors are welcome.

“Hotels, Restaurants and transportation are working for domestic tourists, and both Batumi and the Ajara region as a whole are still green zones, with no active cases of the virus,” he tells Emerging Europe. “The decision to delay regular international flights was taken because of statistics in other countries, but our government is holding intensive negotiations with other countries to create safe corridors.”

“We hope that soon the world will solve the problem of the pandemic and that we will once again see many tourists from all over the world,” he adds. “In the meantime, besides doing all we can to prevent the spread of the virus we are actively developing our tourism infrastructure, creating new routes for tourists and organising training sessions for our guides.”

Georgia is in many ways mirroring the approach of New Zealand, whose prime minister, Jacinda Ardern, has decried as “dangerous” calls to open the country’s borders. New Zealand, like Georgia, remains largely free of Covid-19 while the virus spreads abroad.