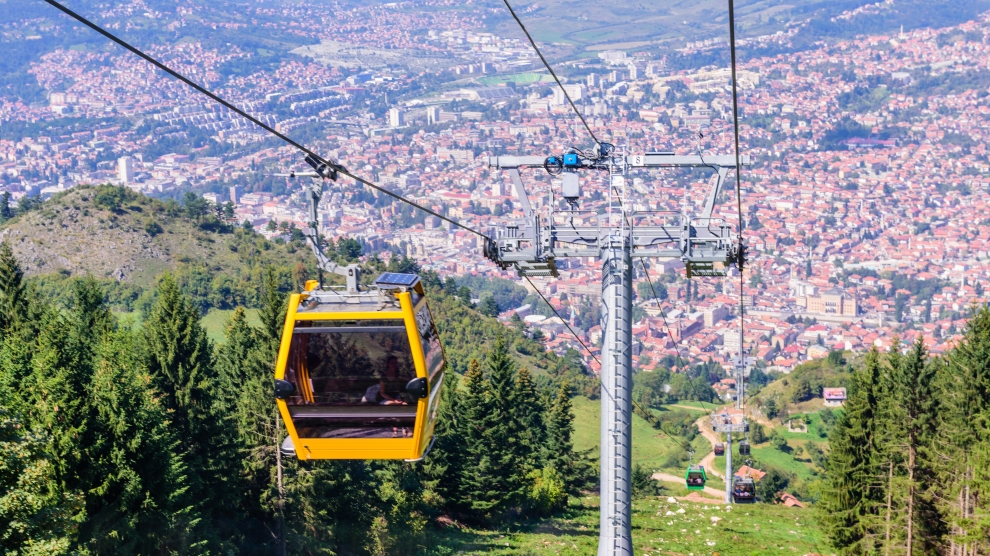 Corruption in the Western Balkans remains a major issue, with ever-decreasing political will to address it.

Serbia and Bosnia and Herzegovina have in particular come under fire in recent weeks for their failure to tackle corruption, including in a recent report from the Group of States Against Corruption (GRECO), released earlier this month.

“When it comes to Serbia, it’s obvious that the GRECO recommendations, as well as fighting corruption in general, were not high enough on the priority lists of decision makers,” says Nemanja Nenadić, programme director of Transparency Serbia.

Lidija Prokić, regional advisor for the Western Balkans at Transparency International, points out that work on implementing the recommendations started late, leaving the country unable to meet the 2016 deadline.

“We see a bigger problem in the fact that [GRECO] recommendations are not truly implemented in amendments made to the law which governs Serbia’s Anti-Corruption Agency, and the existing plan for constitutional changes that the government is pursuing is not in line with GRECO recommendations when it comes to membership of the High Judicial Council and the State Prosecution Council,” she tells Emerging Europe.

The situation is much the same in Bosnia, where implementation of anti-corruption measures has been stalled for years, including recommendations from GRECO’s third evaluation round which dealt primarily with bribery and the transparency of political party funding.

“Regulation of political party finance, integrity of public officials and integrity of judges and prosecutors are all areas where we see significant problems,” says Ms Prokić.

One of the biggest issues in Bosnia is the lack of uniform regulation at all governmental levels. With regards to conflicts of interest of public officials there are different laws for Bosnia and Herzegovina as a whole, the Serb entity of Republika Srpska, and the shared Brčko District. But as Transparency points out, none of them are actually in line with international standards.

“At state-level Bosnia and Herzegovina is simply not politically efficient. The specific organisation of the state requires that political energy, reforms, measures, be realised at lower levels of government,” says Admir Čavalić, an economic analyst.

“Despite international and local efforts and warnings, there appears to be little political will for anti-corruption reforms amongst decision makers, and there are even open obstructions to their adoption,” Ms Prokić explains.

Troubles lies ahead for Bosnia and Herzegovina when it comes to judiciary reform, as the European Commission has warned that it could suspend financing. The Commission spokesperson has called the current results “worryingly limited”.

“The EU Expert Report clearly stated that there are ‘worrisome setbacks’ in the rule of law in Bosnia and Herzegovina, as well as that the criminal justice system is failing to combat serious crime and corruption,” Ms Prokić says.

“The highest ranking prosecutors, judges and members of Hugh Judicial and Prosecutorial Council have on numerous occasions been connected to corruption and undue influence,” she adds.

It’s for these reasons that the future of judicial reform in Bosnia and Herzegovina is now uncertain.

“Any reform process in Bosnia and Herzegovina is terribly slow, and so is judiciary reform. These reforms are politically, but also institutionally, blocked,” says Mr Čavalić.

In Montenegro, which fares better on the Transparency International’s Corruption Perception Index, with a score of 45 compared to Serbia’s 39 and Bosnia’s 36, there are still nevertheless many of the same issues as in other Western Balkans countries.

“Lack of disclosure of political financing, including election campaigns, strong influence of the government on independent institutions and systemic efforts of the government to undermine independent oversight by limiting access to information are all severe impediments to effective rule of law and the fight against corruption,” Ms Prokić says.

However, according to Mr Nenadić, Montenegro does appear to be taking its international obligations more seriously.

“The result is seen most clearly in the faster progress in the EU [accession] talks,” he says.

Montenegro has recently been given the green light to open the last chapter of accession negotiations, making it the Western Balkans country currently the closest to joining the EU.

As for why issues of anti-corruption are not resolved more quickly, Ms Prokić explains that the main drivers of corruption in the region are political decision makers who prioritise their own interests over the interests of citizens.

“At the same time, they are the very people who are the most responsible for the limited success of anti-corruption efforts,” she says.

Right now, there aren’t many reasons to be optimistic for the future of anti-corruption reforms in the region.

“The trend is far from positive and anti-corruption largely features in statements of good intentions and much less in institutional behaviour and in legislative improvements,” Ms Prokić concludes.

When asked if there is anything positive happening in the region that he would like to highlight, Mr Nenadić sighs.

“If I think of something worthy of mention, I’ll let you know.”

Georgia got Covid-19 right, but its tourism industry is paying the price for others getting it wrong
Poland heads for presidential run-off, with outcome too close to call
Comment