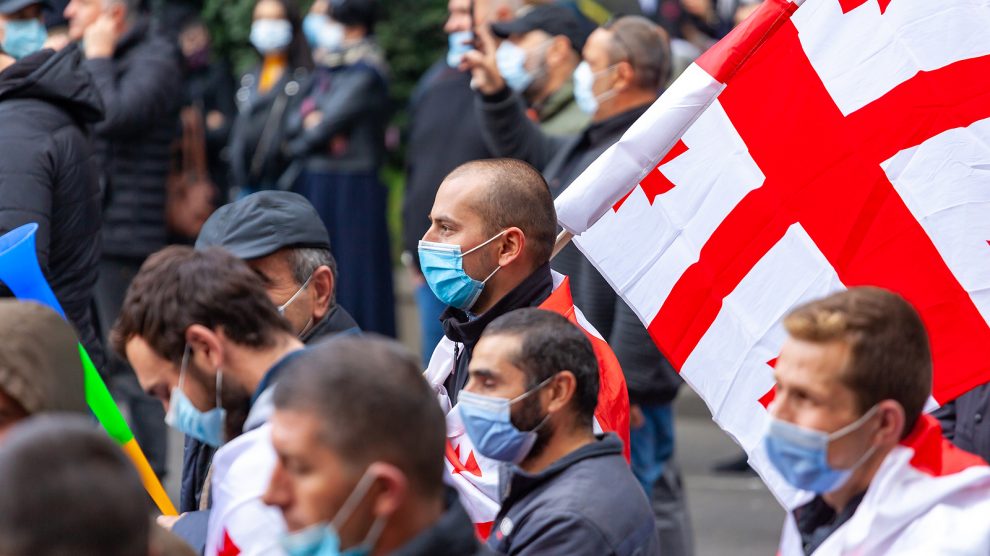 How the US should respond to the trouble in Georgia

Long seen as an island of parliamentary democracy amidst a sea of authoritarianism, Georgia now stands on the verge of becoming an unstable, one-party regime. Georgians of all political stripes need to resolve their current crisis or risk losing Western support for their country’s aspirations to join the Euro-Atlantic community. The United States, as the country with the greatest positive influence in Georgia, needs to help facilitate a compromise.

Under cover of Covid, Poland is stifling free media

A planned ‘coronavirus tax’ on revenues and attacks on foreign-owned media threaten to cut away democracy piece by piece.

Weekly pressers from Russia’s Ministry of Foreign Affairs have turned into festivals of hostility towards the countries caught in the Kremlin’s crosshairs — why?

How to reform Ukrainian Railways

Ukrainian Railways, or Ukrzaliznytsia (UZ), is perhaps the most complicated state-owned company in Ukraine. Thirty years since the collapse of the USSR, it also remains in many ways the country’s most characteristically Soviet enterprise.

The guided-missile cruiser USS Monterey passed through the Bosporus and back into the Mediterranean Sea last week, signaling more than just the end of Sea Shield 2021, U.S. commanders said. It was also a stark reminder to Moscow that the Black Sea is not just a Russian lake.

Eduard Heger’s more consensual style of governing may have diminished the prospect of early elections in Slovakia, though the new premier will have his hands full dealing with his predecessor as finance minister and other unresolved coalition issues.

Turkmenistan: End of the road for the roaring growth myth?

The scale of the current crisis may be making international finance institutions rethink their long-standing policy of uncritically relaying Turkmen government data.

Russia finally opens its borders to Tajik migrants, but exorbitant airfares keep them out

Tajik migrant workers are desperate to return to Russia and the jobs they lost during the coronavirus pandemic, but skyrocketing prices for plane tickets are preventing them from going.

A little bronze plaque hanging on a library wall in a city most Americans know nothing about is at the epicenter of a battle over the Holocaust. In the last six years, this modest plaque in Vilnius, the capital of Lithuania, inspired 20 legal actions in five courts, vigilante action by a disgruntled citizen with a sledgehammer, a scandal for the city’s mayor and candlelit vigils by protesters seeking to resurrect it in a grander incarnation.

Romanians are crushed by the state that should protect them

There’s still no justice for the 64 lives lost in a 2015 Bucharest nightclub fire. The Oscar-nominated film Collective tells their story.

Can forging a new youth culture bring life to ‘Europe’s most boring capital’?

Thirty years of post-war poverty and apathy has left its scars on Montenegro, with much of the creative economy simply put on hold. Art collective Platform 081 is planting the first tentative seeds in a bid to revive the country’s youth — and has found a community ravenous for more.