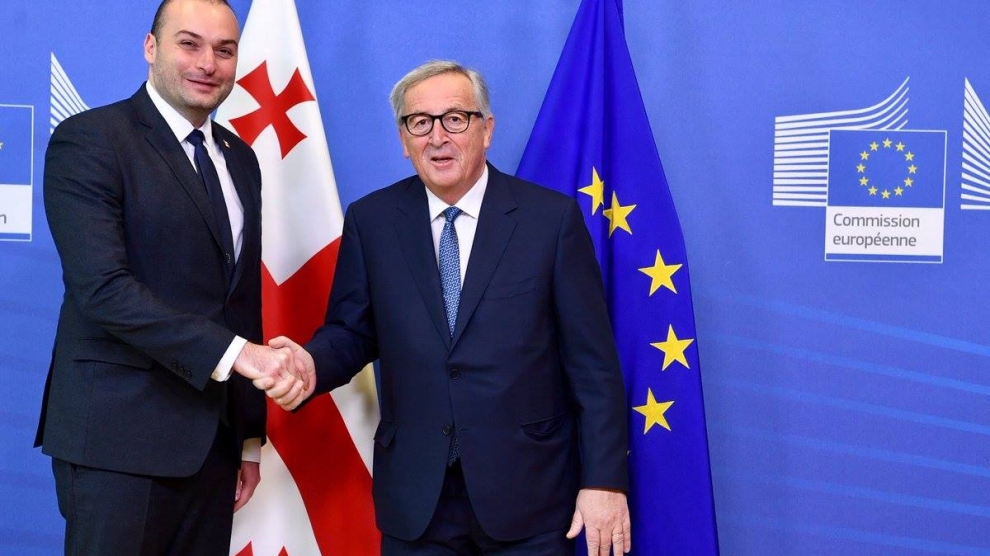 Georgian Prime Minister Mamuka Bakhtadze met with the President of the European Commission Jean-Claude Juncker and other high-level commissoners on November 21 in an effort to reassure Brussels that Georgia remains committed to the European project.

With discussions taking place across the whole spectrum of EU-Georgia relations, the commission and government agreed to further solidify and enhance cooperation, notably through a series of concrete actions.

These include 3.4 billion euros for 18 priority transport investment projects in Georgia, 100 million euros of additional access to finance in local currency for SMEs, 45 million euros in macro-financial assistance to support the Georgian economy and 27 million euros for enhanced energy efficiency. Mr Bakhtadze also left the Belgian capital with additional support for agriculture and rural development, as well as help in rolling out high-speed broadband.

“European integration has been one of the major drivers for development in Georgia; this is due to Georgia’s choice to be part of European family,” said Mr Bakhtadze. “Our commitment to Europe remains as strong as ever.”

“Today is another very special milestone in our partnership”, said Mr Juncker. “Georgia is a proud country, built on the courage and ambition of its people. Georgia’s commitment and desire to step-up its cooperation with the European Union shows that our relationship is a priority; today, we have agreed on many ways in which we as the European Commission can return this commitment, in concrete terms. The more Georgia reforms, the more we will support. You can count on the European Union to believe in Georgia’s future, and to firmly defend its territorial integrity.”

“The relationship that the European Union and Georgia have built is undoubtedly strong; among the strongest and most comprehensive we have with any partner”, said the EU High Representative for Foreign Affairs and Security Policy/Vice-President of the European Commission, Federica Mogherini. “Our Association Agreement is bringing tangible benefits to Georgian and EU citizens alike and gives us a framework to cooperate even more closely. Whether it is enhancing Georgia’s resilience to hybrid threats, providing support and facilitating access to finance for small and medium enterprises, investing in transport infrastructure, or giving young Georgians more opportunities to come to Europe, either to study or travel, we are determined to continue to deliver concrete, positive results.”

“Today, the European Union is Georgia’s number one trading partner, accounting for 27 per cent of its total trade,” said Commissioner for European Neighbourhood Policy and Enlargement Negotiations, Johannes Hahn. “The European Union has helped 37,000 Georgian companies to receive loans since 2009, and has helped over 90,000 people have access to free legal services. These are just a few examples of the positive impact that our relationship is having on peoples’ lives. Today, we have taken steps to do even more together. The adoption of the Annual Action Programme 2019 for Georgia, as part of the bilateral allocation amounting to 134 million euros, will further step up our support in the fields of public finance management, security and the rule of law, and energy efficiency among others.”