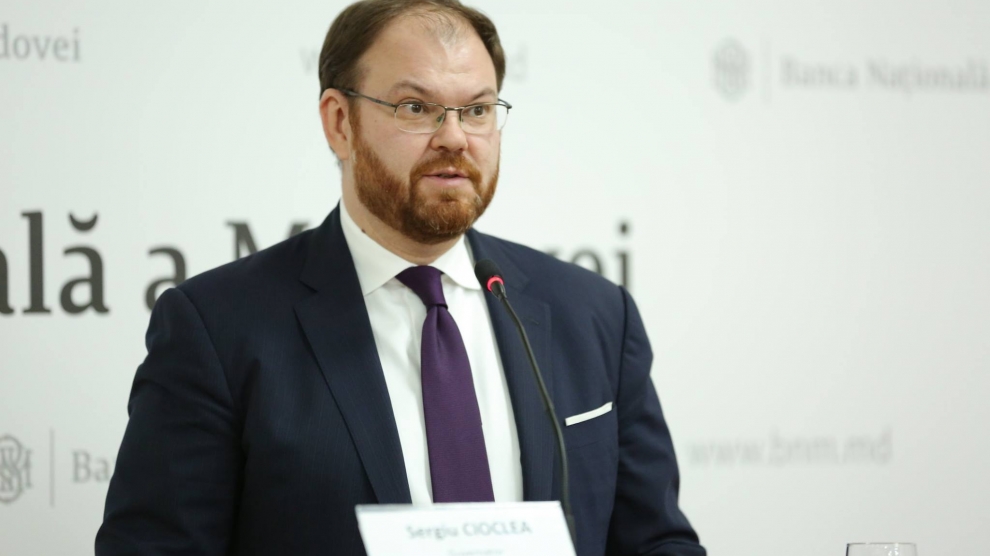 The President of the National Bank of Moldova Sergiu Cioclea has resigned. Mr Cioclea announced his decision – effective from November 30 – after presenting the bank’s new strategic framework for 2018-2020. He had been in the post since 2016.

“I initially decided to stay in this post for as long as necessary to consolidate the banking system and bring the financial system out of crisis,” he said. “I believe that this was achieved with the sale of MAIB. The banking sector is now solid.”

Mr Cioclea touched upon the adoption of recent laws developed by the bank, as well as the full and proper implementation of legislative amendments in order to highlight the success of reforms made during his tenure. Considering his mission fulfilled already, he nevertheless said that he was leaving the post for personal reasons. Mr Cioclea stressed that it had not been an easy decision to make and hoped the bank’s new strategic plan would serve as a roadmap his successor.

Mr Cioclea’s resignation comes just days after the European Union decided to suspend financial assistance to Moldova, claiming that the country was failing to secure democratic stability and was not doing enough to fight corruption.

Peter Michalko, head of the EU delegation to Moldova, said that funds will be withheld partly due to the invalidated mayoral election in Chișinău in June. He also urged Moldovan authorities to investigate the banking scandal which took place shortly before parliamentary elections in 2014, when one billion US dollars disappeared from three Moldovan banks. Moldova will receive the frozen funds only when it demonstrates progress in democratic reforms and does more to uphold the rule of law.