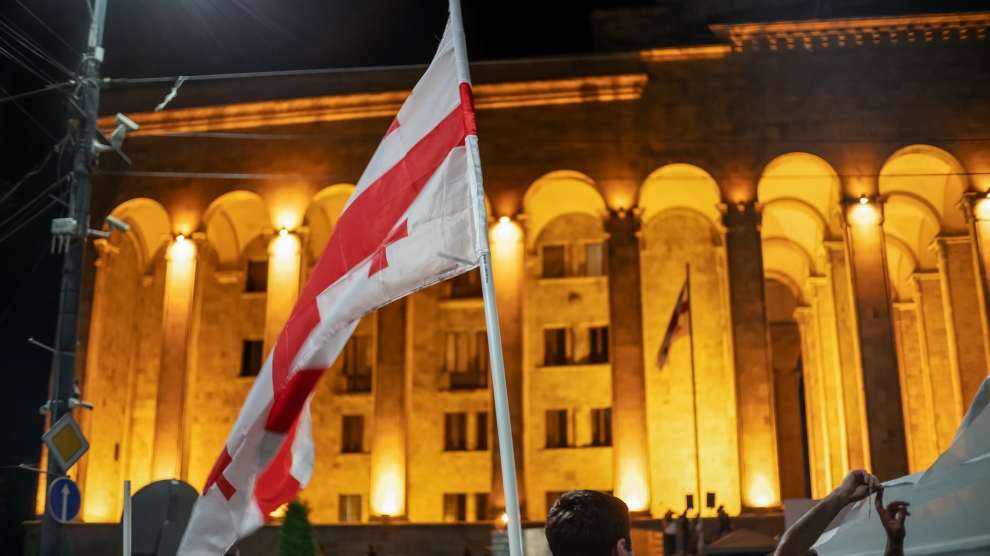 Thousands of anti-government protesters have gathered on Georgia’s iconic Rustaveli Avenue in Tbilisi after the country’s ruling Georgian Dream party rejected plans on transforming Georgian election rules to create a fully proportionate system instead of the current mixed one, the Georgian press has reported.

On November 25, the participants of the opposition rally marched to the Georgian parliament, calling for the government’s resignation, snap parliamentary elections and a fair voting system.

“The Georgian Dream must give up the fraudulent schemes and fulfil its promises,” wrote Georgian news agency Inter Press News, quoting former Georgian president Giorgi Margvelashvili, one of the speakers at the protest.

The protests erupted after Kakha Kaladze, the ruling party’s secretary general said that the Georgian Dream had closed discussions on changing election regulations, backtracking on their earlier promises made to calm the anti-government protests in late June.

Speaking after a ruling party meeting in Tbilisi, Mr Kaladze said that “there are no resources to mobilise (…) votes needed for a new constitutional amendment” and “the issue is closed and there will be no changes made in the electoral system.” However, he hinted a potential referendum on the issue after the next general election in 2020.

His comments came after a bill that would have transformed the country’s election system to a proportional one with no single-district constituencies starting from the next general election in 2020, failed to receive the needed minimum of 113 votes in the 150-member parliament, with 40 out of the 104 Georgian Dream MPs abstaining or voting against despite the ruling party’s earlier promises that endorsed the election reform.

The rejection of the bill was immediately followed by opposition rallies in Tbilisi, attended by about 20,000 protesters on November 17.

In a joint statement, the EU and the US said that “the decision [of the Georgian Dream party] taken last summer to accelerate the transition to proportional elections was understood as an important step forward in Georgia’s democracy.”