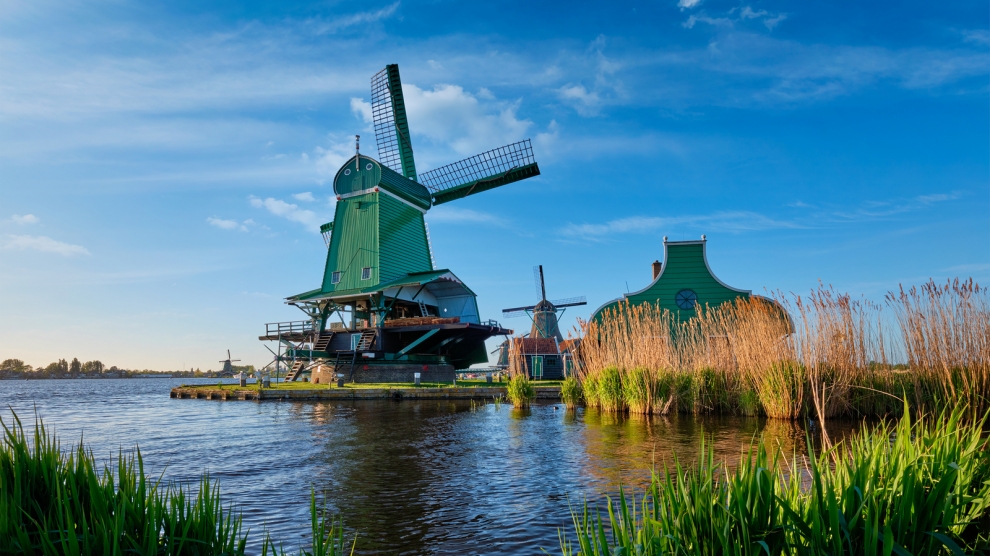 The Dutch prime minister, Mark Rutte, has said that the Netherlands cannot tackle the issue of climate change alone, and has called on Germany and other like-minded European countries to work on joint solutions.

Speaking after a meeting with Germany’s chancellor, Angela Merkel, on August 22, Mr Rutte said that while there were differences of opinion with Germany over how best to tackle climate change, these differences could also be seen as opportunities.

In June, the Dutch government agreed on the country’s latest climate action plan, outlining a number of climate protection measures that include introducing carbon taxes and increasing current energy taxes for industrial producers, as well as compensation for household consumers. Through this strategy, the Netherlands aims to reduce its CO2 emissions by at least 49 per cent by 2030, as well as making electricity production entirely carbon-neutral by 2050.

Mrs Merkel has in turn noted that the Dutch approach to climate change is “a good example to follow”. She has stressed that the discussion on climate protection should not only be about banning sources, but also technological innovation and how the public itself can be convinced to be more climate-friendly.

“We are not living sustainably today”, the German chancellor told reporters after introducing Germany’s own climate action agreement on September 20. However, the plan, which envisages measures to cut greenhouse gas emissions by 55 per cent in the next 11 years compared to 1990 levels, was immediately rejected by German climate protesters who described it as insufficient.

Furthermore, the German government recently announced that it would miss its 2020 target of reducing emissions by 40 per cent, news that was followed by one of the largest-scale climate protests in the country’s history.

Germany relies on natural gas for 26.5 per cent of its energy consumption, one of the reasons it has backed Russia’s Nord Stream 2 pipeline, which will deliver Russian gas to Germany via the Baltic Sea, and one of the reasons that the country has begun to lose its halo as Europe’s champion of clean energy.

The Nord Stream 2 pipeline, expected to be finished by early 2020, will deliver 55 billion cubic metres of natural gas each year, producing some 106 million tons of CO2 emissions, as well as methane, a by-product of burning gas considered to be 75 times more powerful than carbon dioxide.

“Mrs Merkel has been a champion of the Paris agreement and the multilateral framework to deal with climate change in general,” Jennifer Morgan, the executive director of Greenpeace International told the Financial Times. She added, however, that when it comes to her home country, the situation is completely different, pointing to the reopening of German coal plants to meet domestic economic demands.

The climate issue bears special importance for the Netherlands, one of the European countries most directly impacted by climate change because of rising sea levels at its shores. With Germany increasingly losing its position as a leader in climate protection, the Netherlands might be soon find itself the European pacesetter. Germany’s rising energy consumption pushed the country’s government to raise its gas imports and support Nord Stream 2 at the same time as the Netherlands committed itself to a zero gas policy: in March 2018, the Dutch government decided to strive for a complete end to natural gas use in the built environment by 2050, and has announced the premature closure of the large Groningen gas field in the northern part of the country by 2030.

“Strengthening climate protection is a high priority for the Dutch government, which aims to achieve a sharp reduction of greenhouse gas emissions within the national context, but also at EU level in cooperation with other European member states,” Paul Hofhuis, a senior research associate at the Netherlands International Relations Institute said earlier this month, emphasising that “the Netherlands wants to raise the European target of a 40 per cent emissions reduction by 2030 to 55 per cent, in line with its ambition to achieve climate neutrality by 2050.”

However, the Netherlands’ own role in Nord Stream 2 could also lead to accusations that the country is not doing all it can to tackle climate change. Several Dutch companies, including Gasunie, are participating in the project.

Many countries in Eastern Europe, particularly Poland, the Baltic States, and Ukraine, oppose Nord Stream 2, partially because of expectations of a loss of transit fees and partially because of fears that their economic and physical security would be jeopardised were the project to be completed. If the Netherlands is serious about becoming the continent’s climate change leader, it may need to rethink its support – albeit tacit – for the Nord Stream 2 project.