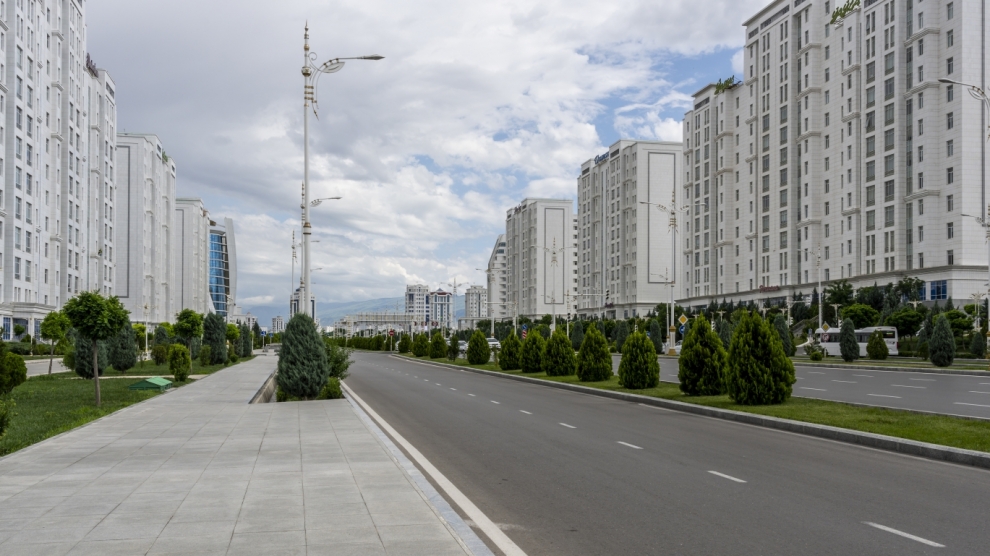 Governments across Eastern Europe and Central Asia are using the Covid-19 pandemic as an excuse to clamp down on opposition, according to a new report from Amnesty International.

“As the Covid-19 pandemic unfolds in the region, many governments seem more interested in cracking down on dissent than protecting public health,” says Heather McGill, Amnesty International’s Central Asia researcher.

A number of Eastern European and Central Asian countries are responding to the pandemic with repressive and abusive measures which fall far short of their human rights obligations, Amnesty claims.

“From authorities in Kazakhstan welding apartment doors shut to trap residents inside, to Chechen police assaulting people for not wearing facemasks, governments seem to be viewing the pandemic as a free pass to trample on human rights,” says McGill.

“Any strict measures to stop the spread of the virus must be temporary, proportionate, and in line with human rights standards.

“The governments of Azerbaijan and Russia have prosecuted social media users, journalists and medical professionals for exposing flaws in their Covid-19 responses. Other countries, like Uzbekistan, have imposed ruinous fines for dissemination of ‘fake news’. This sends a chilling message to journalists throughout the region.

“Governments must allocate all available resources to fulfil the right to health and put human rights at the centre of their response to the virus.”

Amnesty claims that authorities in Eastern Europe and Central Asia routinely resort to repressive measures to silence critical views. Unsurprisingly, some governments have therefore responded to the Covid-19 pandemic with a total disregard for basic human rights.

On April 6, in Karakol, Kyrgyzstan, the authorities welded shut the doors of an entire apartment block housing dozens of families, after one resident tested positive for Covid-19. Kazakhstani authorities have also enforced quarantines on blocks of flats by welding shut doors and forcing residents to stay inside.

On April 18, the Ukrainian army shut off the only access to the village of Staromaryivka, which is situated in government-controlled territory affected by the conflict in eastern Ukraine. This left the village’s 150 residents with no access to food, medical services or any other assistance.

In Belarus, Tajikistan and Turkmenistan, political leaders have played down the gravity of the pandemic and promoted cures with no proven efficacy.

Last month Belarusian president Alexander Lukashenko claimed that daily shots of vodka would kill the virus as would visiting saunas and partaking in sports activities. As of today, his government has taken no physical distancing measures. His Turkmenistani counterpart Gurbanguly Berdymukhamedov, hardly mentioning Covid-19 at all, has advised burning the leaves of the harmala plant to ward off disease.

Across the region, underfunded healthcare systems struggle to provide adequate care. In Russia, public healthcare reforms over the last decade have led to a sharp reduction in the number of medical personnel and health facilities. Shortages of PPE have also exposed medical staff to the virus.

Amnesty believes that to combat the spread of coronavirus, governments must ensure the dissemination of accessible, accurate and evidence-based information about the disease and how people can best protect themselves.

Instead, it claims, authorities in Eastern Europe and Central Asia have more often used newly introduced emergency powers to harass journalists and others who have tried to share information.

Kazakhstani human rights activist, Alnur Ilyashev, was arrested on April 17 for social media posts criticising the ruling party and its handling of the Covid-19 pandemic and now faces up to seven years in prison. After his arrest, police officers used intimidation and physical force against his relatives.

In Azerbaijan, the authorities have used the pandemic as an excuse to crack down on the opposition. On March 19, President Ilham Aliyev announced “new rules” for the duration of the pandemic, including “isolating” and “clearing” his country’s opposition. Subsequently, opposition activist Tofig Yagublu was arrested on bogus charges of hooliganism, followed by human rights defender Elchin Mammad, who is accused of theft.

Amnesty’s report comes on the same day that the Council of Europe’s (COE) Platform, which promotes the protection of journalism and the safety of journalists, revealed that Europe was last year an intense and often dangerous battleground for press freedom and freedom of expression.

Across the continent, Platform recorded 142 serious threats to media freedom, including 33 physical attacks against journalists, 17 new cases of detention and imprisonment, 43 cases of harassment and intimidation, and two new cases of impunity for murder. Taken together, these alerts show a growing pattern of intimidation to silence journalists that requires urgent actions by COE member states to uphold the essential role of a free press in democratic societies.