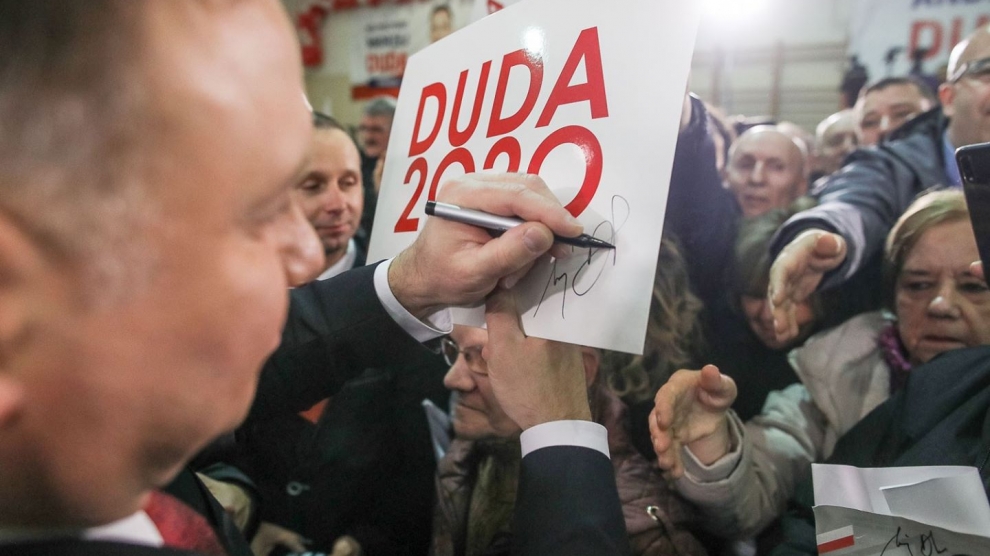 The European Commission has launched new infringement procedures against Poland over what it sees as the continued erosion of the rule of law in the country. Specifically, the procedure relates to changes to Polish judiciary law, which entered into force on February 14.

The Commission claims that the changes undermine the judicial independence of Polish judges and is incompatible with the primacy of EU law. Moreover, the Commission says, the changes prevent Polish courts from directly applying certain provisions of EU law protecting judicial independence, and from putting references for preliminary rulings on such questions to the Court of Justice.

“There are clear risks that the provisions regarding the disciplinary regime against judges can be used for political control of the content of judicial decisions,” said Vera Jourova, the Czech member of the executive Commission who is responsible for upholding the EU’s democratic values.

“This is a European issue because Polish courts apply European law. Judges from other countries must trust that Polish judges act independently. This mutual trust is the foundation of our single market,” she said.

Poland’s ruling Law and Justice party (PiS) has repeatedly rejected the Commission’s criticism of its judicial changes, claiming that the justice system is the sole responsibility of EU member states.

The Polish government now has has two months to respond. Should Warsaw refuse to amend the new legislation, the Commission could sue it in the EU’s top tribunal, the Court of Justice, which could eventually lead to hefty fines as well as a court order telling the Polish government to change tack. This was the outcome in November last year when the Court of Justice of the EU ruled against Poland over a law which forced judges to retire early.

The infringement procedure comes a day after Human Rights Watch called on Poland demonstrate that it can both ensure a free and fair vote and protect public health in upcoming presidential elections.

Law and Justice is currently pursuing a policy to go ahead with the election as scheduled on May 10 via a postal voting system.

“Poland’s voting process should protect voters during the pandemic. It’s no solution to rush through a potentially flawed voting system or to postpone the election by two years,” says Lydia Gall, senior Balkan and Eastern European Union researcher at Human Rights Watch. “Parliament should ensure that the election process is predictable, free, and fair, which may require postponing the voting for a short period.”

However, Przemysław Żurawski vel Grajewski, an adviser to the Polish foreign minister, says that there is no legal possibility to postpone the elections other than by amending the constitution.

“This requires a constitutional majority in parliament, which cannot be built without the opposition’s support. The opposition received such a proposal from the government in the form of extending the president’s term in office by two years, banning him from standing for the presidency again thereafter, and it rejected the offer,” Mr Żurawski vel Grajewski tells Emerging Europe.

On April 6, less than five weeks before the scheduled vote, the Sejm, the lower house of Poland’s parliament, where PiS has a majority, adopted a bill introducing postal voting. The bill is pending a vote in the Senate, the upper house, where the opposition has a majority.

On April 29, Poland’s Prime Minister Mateusz Morawiecki called on the Senate to “speed up” work that would enable the election to be held on May 10. He did, however, also suggest that the election could be delayed “for a couple of weeks”: the first time that he has mentioned the possibility of a delay in public. Mr Morawiecki also announced plans to further ease Covid-19 lockdown restrictions from May 6, when shopping malls and hotels will be allowed to reopen. Further steps to unfreeze the economy, including a reopening of restaurants, will be announced at a later date, Morawiecki added. Poles are still required to wear masks in public and schools will remain closed until May 24. Poland currently has 12,415 cases of Covid-19. Just over 600 people have died.

Former Polish prime minister and current president of the European People’s Party Donald Tusk has meanwhile released a statement announcing a personal boycott of the presidential election. Just hours later, the opposition Civic Platform’s candidate for the presidency Małgorzata Kidawa-Błońska also declared that she will not vote in the election, despite still running as a candidate.

The incumbent president, Andrzej Duda, backed by PiS, is expected to easily win the election if it indeed goes ahead. Polls suggest support for Mr Duda amongst those likely to vote is over 50 per cent.