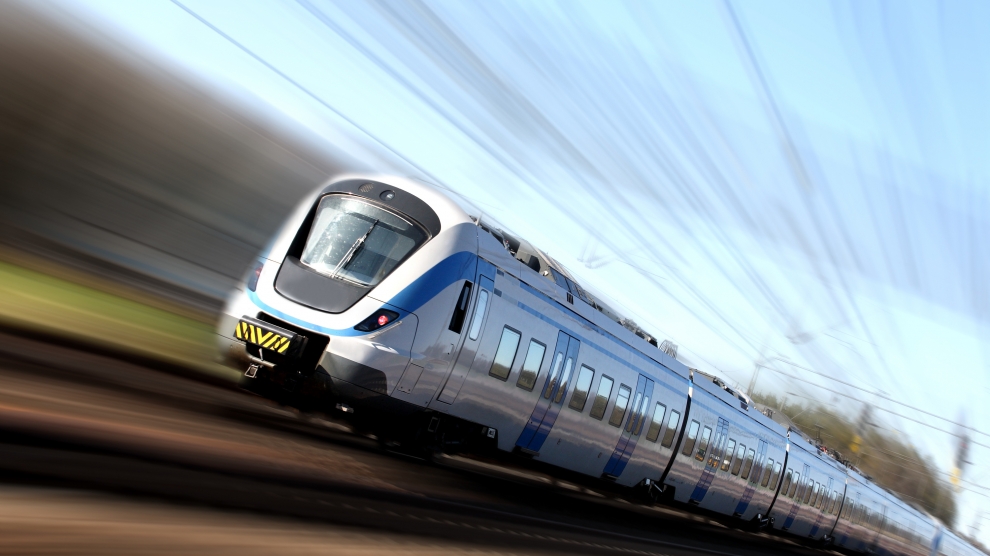 A major new report from Swedbank, a Nordic-Baltic banking group based in Stockholm, Sweden, claims that the construction of a high speed rail link between the Estonian capital Tallinn and Lithuania’s border with Poland could lift GDP in each of the three Baltic states by between 0.2 and 0.6 per cent.

In addition to the direct economic impact in terms of public investment and jobs, the ambitious project will also help the region meet its environmental goals and bring in new technology and know-how.

“Much shorter travel times enhance competition and facilitate the flow of goods and people, and, therefore, improve the competitiveness and productivity in the Baltic economies, and enliven the labour market, tourism, and the education market,” reads the report.

The aim of Rail Baltica is to connect the three Baltic states (and Finland) with Central and Western Europe via a new, fast, electrified railway that will offer speeds of up to 250 k/ph for passenger trains, and 125 k/ph for goods trains. Travel time between Tallinn and Riga will be cut to one hour 40 minutes, and from Tallinn to Vilnius three hours and 40 minutes.

The railway is estimated to cost around 5.8 billion euros, which represents 5.4 per cent of Baltic GDP in 2019. As much as 80 per cent of the total cost is scheduled to be met by the European Union. Most of the construction work is expected to take place between 2022 and 2026, although tenders have already been launched for some projects.

The author of the report, Liis Elmik, says that Baltic governments should take into account the impact of Rail Baltica in the planning of other major construction projects, as too rapid an increase in demand may result in overheating of construction and the building materials industry.

“As the main construction phase of the railway collides with the implementation of other infrastructure projects financed from the EU budget for 2021-27, and, possibly, other locally-financed projects, governments should plan smartly so as not to overwhelm the construction market,” said Elmik.

The first phase of the project (Rail Baltica I), from the Polish border to the Lithuanian city of Kaunas, was completed in October 2015. The second phase (Rail Baltica II) will complete the project, connecting Kaunas, Riga and Tallinn with an electrified doubletrack line.

In May, a procurement tender was launched for the Rail Baltica passenger terminal at Riga International Airport in Latvia.

The project, worth around 250 million euros, also includes related infrastructure around the station. Bidders from Latvia, Germany, Italy, Spain, Poland, France, Turkey and Austria have so far expressed an interest. Work is set to start this autumn.