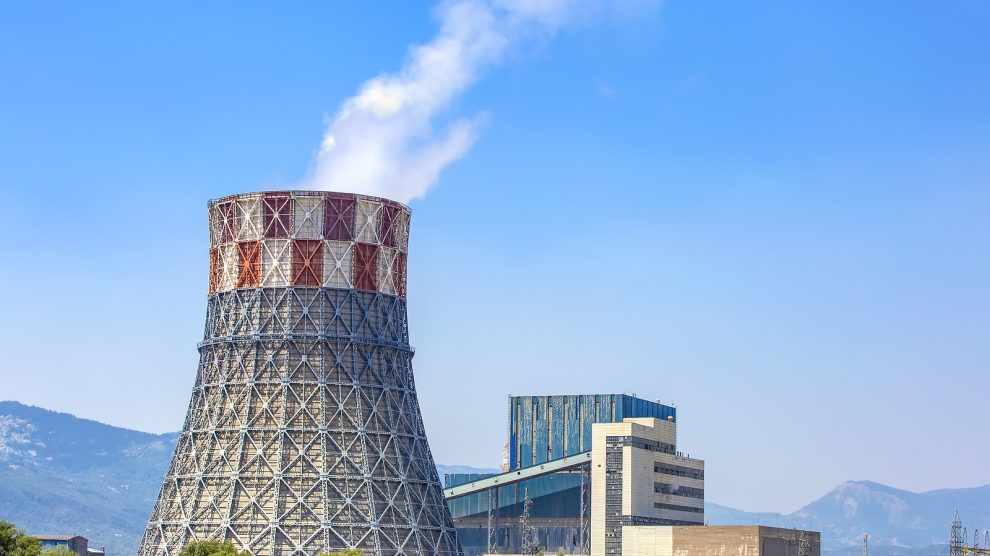 While the energy transition is slowly taking off the ground in the six countries of the Western Balkans, the threat of a delayed coal phase-out is looming.

The countries of the Western Balkan could collect at least 2.8 billion euros annually to spend on a just and sustainable energy transition, if they put in place a domestic carbon pricing mechanism, according to a new report from by CEE Bankwatch Network, a network of environmental NGOs.

The report, The Western Balkan Power Sector: Between Crisis and Transition, offers an overview of the electricity sector of all six Western Balkans countries (Albania, Bosnia and Herzegovina, Kosovo, Montenegro, North Macedonia, Serbia) and their trade with the EU energy market.

It finds that the six countries exported 88 terawatt (TW) hours of electricity into the EU from 2011 to 2020, amounting to 12.7 per cent of total power generation in the Western Balkans. Over 60 per cent of this electricity is coal-based, meaning that the EU has played a significant role in sustaining coal-based electricity in the region.

If the Carbon Border Adjustment Mechanism (CBAM) enters into force in 2026 as the EU has proposed, and the electricity exported by the region to the EU is taxed by the Brussels instead of the Western Balkans governments, the six countries would lose over 500 million euros annually to the EU budget.

If the countries are to avoid being hit by CBAM, planning a just transition and introducing carbon pricing is therefore more important than ever.

“The energy crisis in the Western Balkans is diverting governments’ attention, but the fact remains that coal is no longer a reliable, cheap and abundant source of electricity, and CBAM will only exacerbate this,” says Pippa Gallop, Southeast Europe energy adviser and one of the report’s co-authors.

“Governments must take the initiative now if they want to use carbon pricing to fund the transition instead of letting the EU reap the revenues from CBAM.”

According to the European Commission’s proposals, the EU will start imposing charges on electricity imports in 2026, with higher impacts on countries with higher exports, higher emissions and a higher percentage of fossil fuels used in electricity generation.

Montenegro’s electricity exports to the EU were non-existent before November 2019, when it completed its interconnection with Italy. Exports increased drastically to over 50 per cent of the country’s entire generation in 2020.

However, this generation is reliant on the illegally operated Pljevlja coal power plant, which has exhausted its allowance of operating hours under the Energy Community Treaty. Profitable exports to the EU are encouraging this illegal operation, says CEE Bankwatch.

The Western Balkans was hit hard by a quadruple energy crisis caused by high prices of electricity imported from the EU in the last year, a series of technical problems at coal power plants and mines across the region, a terribly dry year for hydropower production and a massive increase in biomass prices.

Nevertheless, the energy transition is slowly taking off the ground, as wind and solar development is speeding up in Albania, Bosnia and Herzegovina, North Macedonia and Serbia. However, the threat of a delayed coal phase-out is looming.

The report recommends that the EU increases momentum towards a just and sustainable energy transition and carbon pricing, especially through the creation of a dedicated Just Transition Fund. It also needs to ensure a stringent CBAM which will persuade decision makers in the Western Balkans to introduce their own carbon pricing and improve compliance with EU energy, competition and environmental law.

“The economic reality of coal operation, with stricter environmental standards and carbon pricing must prompt the Western Balkan countries to design just transition plans, to be funded through a dedicated Just Transition Fund,” says Ioana Ciuta, energy coordinator for the Western Balkans, and one of the report co-authors.

“Such a fund is crucial to help the Western Balkan countries end their reliance on coal and address the social and economic impacts of such a change.”

‘Russia must be punished’: Emerging Europe this week
For Georgia, there is no time for complacency
Comment