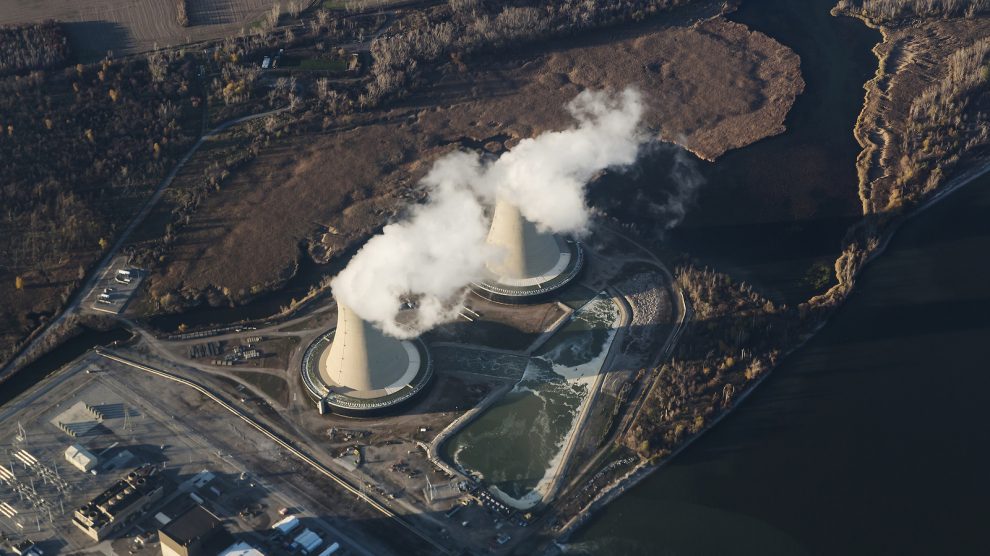 Russia’s invasion of Ukraine initially set back hopes for a green and sustainable economy in the region. However, the post war period provides an opportunity for accelerated green transition.

Since the fall of the Soviet Union in 1991, Armenia, Azerbaijan, Belarus, Georgia, Moldova and Ukraine, the six emerging Europe countries from Eastern Europe and the Caucasus, have endured a turbulent period of change. The newly formed states had to adopt constitutions, establish systems of governance and restructure their economies. The transition was uneven and suffered reversals due to internal and cross-border conflicts as well as regional and global crises.

From the beginning of the transition, the region pursued an economic development that is environmentally sustainable. In fact, the visible impacts, and growing awareness, of acute environmental problems created by an inefficient, centrally planned system was among the main factors that led to the collapse of the Soviet Union.

Initially, the greater exposure to market forces, opening for international trade and the growth of the services sector helped reduce environmental pressures. The structural transition, away from energy-, resource- and pollution-intensive sectors, outdated technologies in the mining and metallurgical sectors, energy-inefficient housing and outdated transport systems inherited from the Soviet Union, led to improvements in the level of energy used and emissions generated for each unit of GDP produced.

The strive to reinforce relations with Europe, which led the six countries to enter into a Partnership Agreement with the European Union in 2009, helped to push environmental considerations higher up the political agenda. In 2011 and 2013 the six countries committed to a transition towards a green economy in the declarations of the EU Eastern Partnership summits. All countries adopted the 2030 Agenda for Sustainable Development and the Paris Agreement on climate change.

The need to translate these commitments into action mobilised country stakeholders, with joint actions from the Ministries of Economy and of Environment and the engagement of non-governmental actors from business and society. Green economy and sustainable development are now recognised as guiding principles in national development strategies. All six adopted targets on environmental protection and natural resource management. Their Nationally Determined Contributions show a higher level of ambition of the climate mitigation targets. Inter-governmental mechanisms for dialogue and co-ordination of green policies were set up in Armenia, Moldova and Ukraine.

The Association Agreements signed with the EU in 2014, and the most recent decisions on the future EU membership of Moldova, Ukraine and Georgia, provided these countries with a framework for faster reform of environmental legislation and institutions, strengthening monitoring of implementation, and compliance promotion. These were accompanied by reform of environmental impact assessment procedures and environmental permitting and also greening small- and medium-sized enterprises (SMEs).

Greater attention to the green agenda helped the region to align financial sector development with climate and environmental targets. For example, the National Bank of Georgia adopted a Roadmap for Sustainable Finance, the Principles on Environment, Social and Governance (ESG) Reporting and Disclosure, and a Sustainable Finance Taxonomy. Armenian, Georgian and Ukrainian commercial banks provide green loans. While capital markets are still developing, and not yet making significant contributions to financing green investments, there are already signs that green bonds can generate finance for green action as in Armenia, Georgia or Ukraine.

More recently, all six countries integrated green stimulus measures into their response to the Covid-19 pandemic and broader economic recovery packages. For example, Azerbaijan supported restoration of degraded lands for sustainable agriculture, Armenia created a short-term employment programme for reforestation of riparian zones that simultaneously provided work for vulnerable communities and improved resilience and water quality, while Moldova supported the development of local sustainable tourism destinations. Georgia and Moldova decided to provide post Covid-related financial support to SMEs that are innovative and green.

Despite steady progress, the pace of meeting green economy targets is slow. The region’s CO2 and energy productivity is much lower than the EU average. Exposure of the population to fine particulate matter (PM2.5) remains high with associated welfare costs of premature deaths due to PM2.5 pollution representing up to 12 per cent of GDP equivalent in the region, twice higher than the global average of 5.8 per cent.

Some of the challenges, such as instability in domestic politics or ongoing conflicts, go beyond the remit of environmental governance. These prolonged tensions create an unstable environment and stifle policy making and implementation. But in too many cases, policies rely on administrative and regulatory instruments, many of them still based on Soviet approaches. Weak and insufficient economic incentives fail to stimulate greener production and consumption. High cost of capital, inefficient use of domestic finance, direct and indirect subsidies to environmentally damaging activities or lack of good quality green investment projects are important challenges too.

Most recently, the region has been under tremendous pressure from Russia’s invasion of Ukraine. Destroyed lives are the immediate consequences of the invasion in Ukraine but the environment, natural resource base and infrastructure are not spared, with immediate and longer-term consequences in Ukraine and beyond.

Initially, the war set back hopes for a green and sustainable economy in Ukraine and in the region. However, the post war period provides an opportunity for accelerated green transition. The post-war Recovery and Development Plan of Ukraine incorporates green economy and low-emission development principles. Other countries look into redirecting from the reliance on fossil fuel from Russia to renewables due to high and unpredictable prices and supply issues.

With the global policy pressures that due to strong evidence of climate change impacts are likely to continue towards more ambitious targets, the region is well set to move much faster on the transition towards greener and net zero economic development.