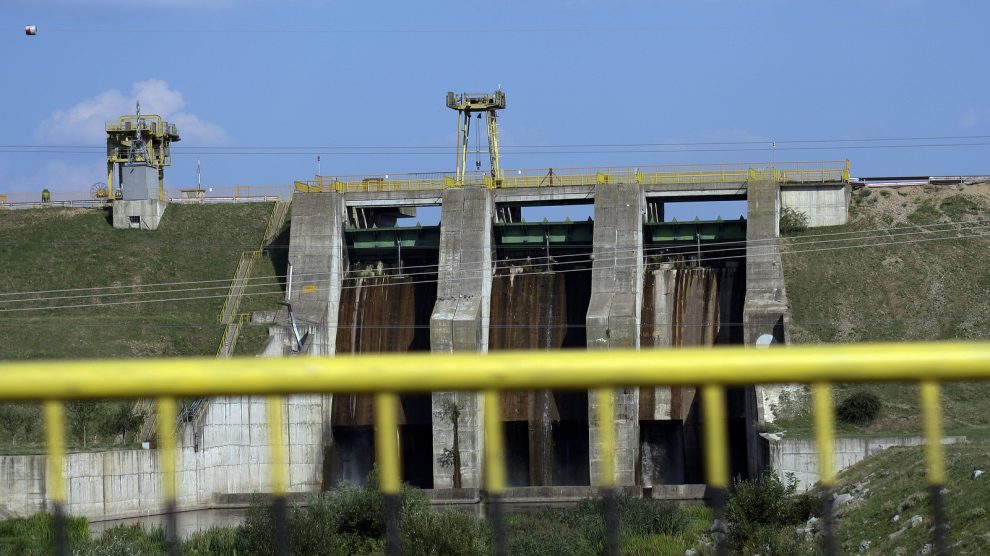 Plans to revive a series of old hydroelectric projects in Romania have angered environmental campaigners.

Romania’s government plans to use funds allocated under the REPowerEU package to build nine hydropower projects in protected natural areas, Bankwatch Romania, a network of environmental NGOs, warned this week.

Several of these projects have already been found illegal by the Romanian justice system.

Purporting to tackle the energy crisis, two new draft laws and a draft government ordinance have already been published, and may be approved as soon as next week.

The ordinance would resurrect controversial hydropower plants started decades ago, including the Bumbești-Livezeni plant in the Jiu Gorge National Park and the Rastolita plant in the Călimani-Gurghiu National Park. All plants are promoted by state-owned Hidroelectrica.

The ordinance would exempt the plants from environmental assessments and allow Hidroelectrica to approve its own feasibility analyses.

As well as the two national parks, the plants would seriously damage twenty Natura2000 sites, a Ramsar site and tens of rivers, one of which is the only known breeding site of the endangered Danube salmon in Romania.

An annex to the draft ordinance also reveals government plans to finance the plants using EU public funds, via the new recovery plan chapters soon to be submitted as part of the REPowerEU package. This will be subject to approval by the European Commission.

“The latest moves to prop up Hidroelectrica’s decades-old illegal hydropower projects are a blatant abuse of the energy crisis,” says Ioana Ciuta, president of Bankwatch Romania.

“Even if construction resumed tomorrow, the projects would not be ready for at least another three years – far too late to help immediate security of supply. The European Commission must ensure that no public funds are used for this abomination.”

Moreover, Bankwatch says that the lack of updated technical and economic analyses means the projects may never perform as planned, given the increasingly unpredictable hydrological patterns caused by climate change.

Considering the projected impacts of climate change on the southern part of Romania, with decreasing precipitation levels and water scarcity, it is expected that the discharge of Jiu River, among others, will decrease, while water demand from all consumers (households, tourism) will increase, reducing the efficiency of energy production.

The Romanian parliament first attempted to legalise these hydropower projects in February this year. A controversial law was adopted, allowing changes to the boundaries of protected natural areas and enabling the completion of the Jiu Gorge and Răstolița plants.

The law was challenged by the opposition Save Romania Union (USR), and in November the country’s Constitutional Court ruled it unconstitutional on procedural grounds.

However, two senators immediately submitted new draft laws which contain the same provisions as the February law, and the government ordinance soon followed.

According to Pippa Gallop, Southeast Europe energy coordinator at the CEE Bankwatch Network, this is not an isolated case of mis-using the energy crisis to trample over environmental legislation.

Launched in May, REPowerEU is the EU’s plan to make Europe independent from Russian fossil fuels well before 2030, starting with gas, in light of Russia’s invasion of Ukraine.

According to the World Wildlife Fund (WWF) however, proposals to replace Russian oil and gas by investing in additional gas infrastructure, counting on unrealistic levels of hydrogen or increasing the use of bioenergy without restrictions on feedstocks, risks prolonging the EU’s dependence on fossil fuels and jeopardising climate and nature targets.

In October, several NGOs, including WWF, the European Anglers Alliance, the European Environmental Bureau, the European Rivers Network and Wetlands international published a new briefing paper asking policymakers in the European Parliament and Council to amend the REPowerEU proposal to exclude new or revamped hydropower projects in protected areas.

Hydropower is by far the largest renewable worldwide, producing over twice as much energy as wind, and over four times as much as solar. It’s also often the cheapest renewable, and its potential for further development is vast.

However, expansion of hydroelectric projects without the proper oversight can lead to environmental problems, as dams and reservoirs disrupt river ecosystems and surrounding habitats.

In Romania, hydropower currently accounts for around 19 per cent of electricity output.

Earlier this year, production at the largest hydroelectric plant in the country, the Iron Gates on the Danube, fell by 40 per cent due to the Danube’s low levels and reduced flow, the consequence of drought caused by climate change.

Last week, Romania announced that talks would resume with Bulgaria on building a hydropower plant on the Danube river at Turnu Măgurele – Nikopol. Plans for the 840 MW plant date back decades but Bulgaria has so far been reluctant to take part in the project.