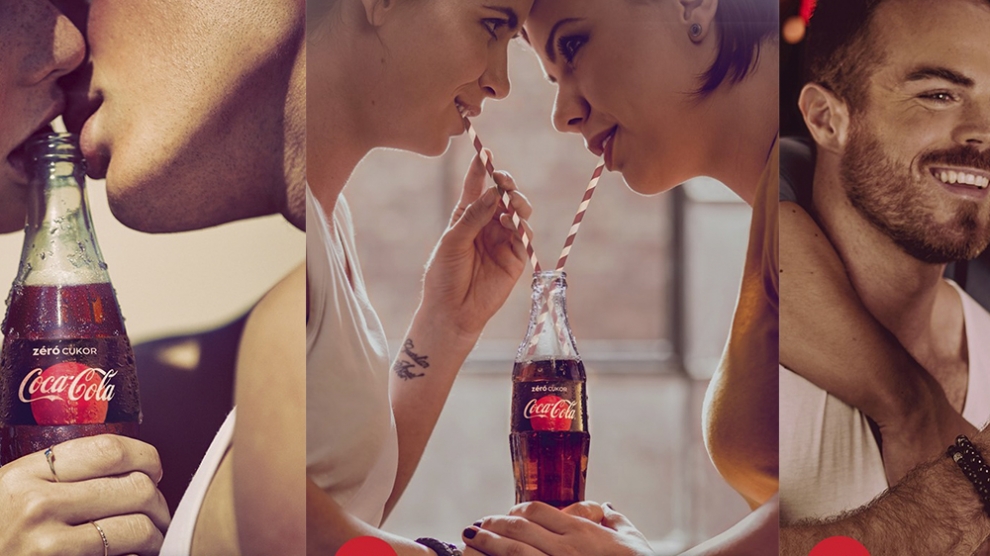 The posters are timed for the week-long Sziget Festival – which starts on August 7 in Budapest – and show gay couples smiling with slogans such as “zero sugar, zero prejudice”.

Boldog István, a Fidesz MP, called for a boycott of Coca-Cola until the adverts are removed, writing on Facebook: “Until they remove their provocative posters from Hungary, I will not consume their products! I’m asking everyone!”

Right-wing news portals have joined the call for a boycott.

“These companies, who provide our internet search engine, our operating system, our banking services, the gasoline in our cars and our drinks already do enough damage with their all-pervasive ads for unnecessary products, and now they are really exaggerating by wanting to define what we need to think about homosexuality,” wrote László Vésey Kovács on pestisracok.hu.

Coca-Cola said that the Sziget Festival, expected to draw a crowd of more than half a million people, echoes its core principles. “We believe both hetero- and homosexuals have the right to love the person they want the way they want,” the company said in a statement.

Fidesz has so far stopped short of endorsing Mr Boldog’s boycott call, saying Hungarians were free to choose whether to drink Coke.