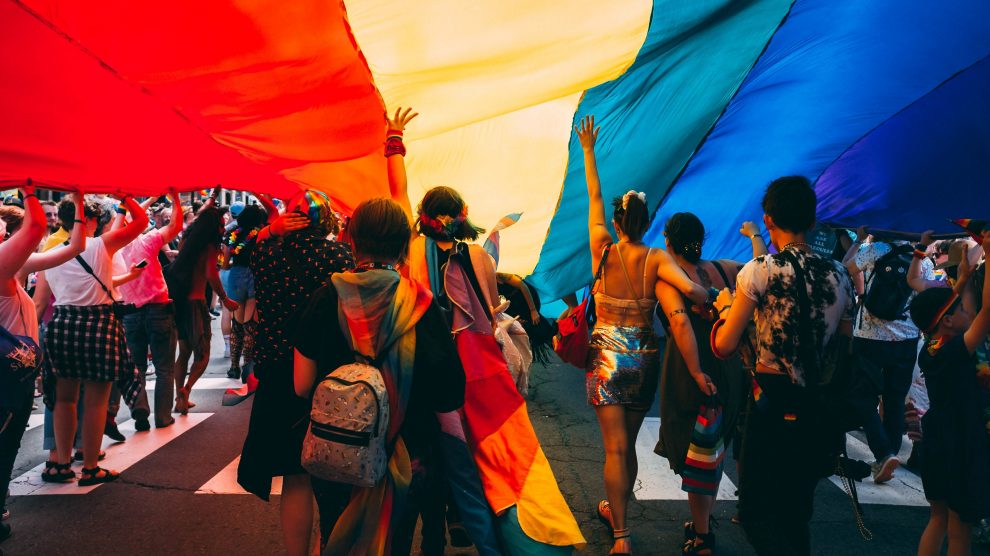 A proposed new law in Hungary targeting content that “promotes” or “portrays” sexual and gender diversity could have sweeping consequences for health providers, educators, and artists, say human rights groups.

Human Rights Watch is calling on Hungary’s parliament to reject a bill that would prohibit discussion of gender identity and sexual orientation, and violates Hungary’s international legal obligations.

The law, promoted by the ruling Fidesz party of Prime Minister Viktor Orbán, is due for a vote in parliament on June 15, and targets content “promoting” or “portraying” sexual and gender diversity that campaigners say could have sweeping consequences for health providers, educators, and artists.

“Children do not need to be protected from exposure to diversity. On the contrary, LGBT children and families need protection from discrimination and violence.”

The draft law is the latest in a series of attacks on LGBT equality by Orbán’s government.

In May 2020 the government rushed through an omnibus bill that included provisions preventing transgender and intersex people from changing their gender marker on official documents, in defiance of their obligations under the European Convention on Human Rights (ECHR).

In December, parliament adopted an amendment to the constitution effectively banning same-sex couples from adopting children.

Orbán’s government has sought to scapegoat LGBT people as part of a wider strategy to sidestep human rights obligations and cement the prime minister’s brand of right-wing authoritarianism.

Migrants have also been a regular target of Orbán’s government in recent years.

In the case of the current bill, Fidesz members of the legislative committee added language on “portrayal and promotion” of diverse gender identities and sexual orientations at the last minute to an existing draft bill on paedophilia.

The bill already contained provisions hostile to LGBT people, including one that the state should protect “family relations based on parent-child relations where the mother is a woman, the father is a man,” and another aimed at “ensuring the right of children to an identity in line with their sex at birth.”

The new provisions take aim at any discussion of diversity, and seem to stem in part from efforts by artists and advertisers to promote inclusion and acceptance of sexual and gender minorities.

In 2019, Fidesz threatened a boycott in response to Coca-Cola advertisements featuring same-sex couples sharing a soft drink. In 2020, when Labrisz, a lesbian, bisexual and transgender women’s organisation published a fairy tale anthology entitled Wonderland is for Everyone featuring some LGBT protagonists, the government forced it to attach stickers to the books with the disclaimer that they contained “behaviour inconsistent with traditional gender roles.”

Hungary’s draft pedophilia law introduces provisions into the Child Protection Act, the Act on Business Advertising Activity, the Media Act, the Family Protection Act, and the Public Education Act that would establish administrative sanctions for licensed professionals or institutions that violate it, threatening the right to education and the right to health, including the explicit right to health information under international law.

In addition, the law is likely to contribute to violence and other forms of harassment against LGBT youth, in violation of the rights to security of person and freedom from violence.

Fidesz efforts to silence speech acknowledging the existence and human rights of LGBT people echo the so-called “gay propaganda” law passed in Russia in 2013. Human Rights Watch is one of a number of human rights NGOs that has extensively documented how that law exacerbated hostility toward LGBT people and stifled access to LGBT-inclusive education and support services, with harmful consequences for children.

Russia’s propaganda law has been used to shut down online information and mental health referral services for children and to discourage support groups and mental health professionals from working with children.

It stigmatises LGBT children and their families and has had a chilling effect on mental health professionals who work with LGBT youth. The European Court of Human Rights ruled in 2017 that the law was discriminatory and harmful to children. It held that authorities adopting such laws are seeking to reinforce stigma and prejudice and encourage homophobia, which is incompatible with the values of a democratic society.

The proposed bill in Hungary similarly violates the rights to freedom of expression and freedom from discrimination guaranteed in the European Convention on Human Rights, Human Rights Watch claims. As the Council of Europe’s Steering Committee for Human Rights has observed, “authorities have a positive obligation to take effective measures to protect and ensure the respect of lesbian, gay, bisexual and transgender persons who wish to express themselves, even if their views are unpopular or not shared by the majority of the population.”

In recognition of children’s particular need for information, the Convention on the Rights of the Child requires states to ensure children’s “access to information and materials from a diversity of national and international sources.”

In June 2020 the European Court of Human Rights found that Hungary violated its obligation under the European Convention on Human Rights to respect transgender people’s private lives, and has to provide a procedure to allow them to have their gender identity legally recognised on documents.

The EU Commission in November adopted its first-ever five-year LGBTIQ Equality Strategy and in March, the European Parliament declared the EU an “LGBTIQ Freedom zone”.

According to Human Rights Watch, this latest anti-LGBT attack in Hungary “triggers a responsibility” for the European Commission and other EU member states to take action and hold Hungary’s government to account.

It says that the EU’s Equality Commissioner Helena Dalli should strongly denounce Hungary’s latest attack against non-discrimination, a core right under the EU treaties, and call on the Hungarian parliament to reject the draft bill.

“Equating sexual and gender diversity with paedophilia is in itself a frontal attack on the basic dignity and humanity of LGBT people, and poses real risks to their safety and well-being,” Ghoshal adds.

“Hungarian members of parliament should reject this effort to silence marginalised people and should instead redouble their efforts to protect the basic human rights of everyone in Hungary, including people who are lesbian, gay, bisexual or transgender.”

In parts of Central Asia microfinance is increasing, not decreasing, inequality
Honouring those who survived Ratko Mladić: Elsewhere in emerging Europe
Comment