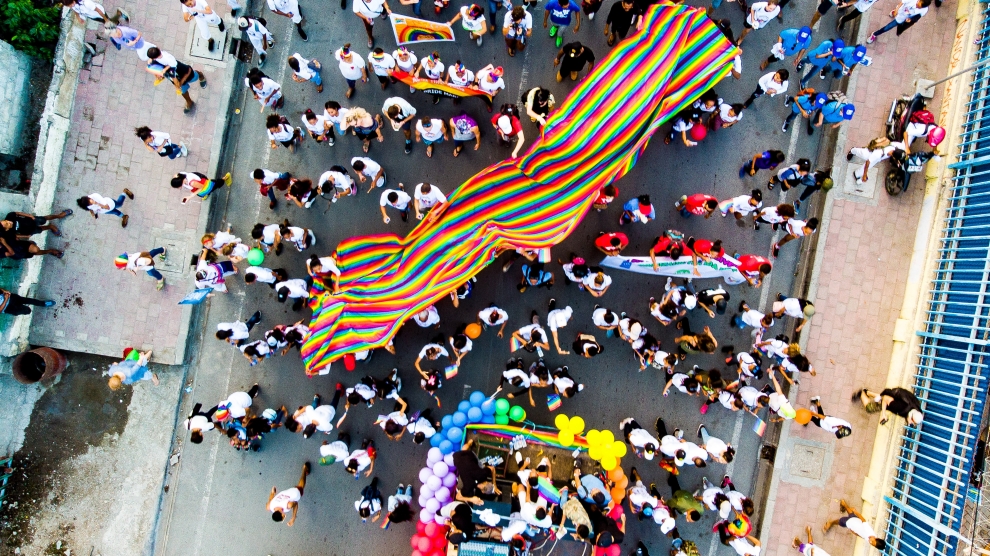 The European Parliament has urged the European Commission to condemn all public acts of discrimination against lesbian, gay, bisexual, transgender and intersex (LGBTI) people in Poland, referring to the development of so-called LGBTI-free zones.

Over the last year, a growing number of attacks on LGBTI people has been registered in the EU.

At the beginning of 2019 dozens of municipalities, counties and regions in the southeast of Poland established areas free from what they termed ‘LGBTI ideology’. Local governments have issued non-binding resolutions pledging to refrain from taking any action to encourage the tolerance of LGBTI people and saying they would not provide financial assistance to NGOs working to promote equal rights.

“It is simply unacceptable to see LGBTI-free zones spread in an EU country,” says Malin Björk, vice-president of the LGBTI Intergroup, an informal forum for members of the European Parliament who wish to advance and protect the fundamental rights of LGBTI people.  “Adopting resolutions that discriminate against LGBTI people and their families will not make them disappear. They will marginalise further a population that is already vulnerable to discrimination and violence. This goes against all international and EU human rights law.”

“In a democratic country, there should no place for discrimination,” adds Kamil Maczuga from the Polish Left Party, and Jakub Gawron, organiser of the Rzeszow Equality March. “LGBTI-phobic declarations passed by local governments in Poland mostly affect young LGBTI people when already 60 per cent of them have suicidal thoughts.”

Homophobic statements are not restricted to Poland and can be observed in several countries in the EU. Discriminatory declarations were made during a 2018 referendum campaign in Romania that proposed making same-sex marriage unconstitutional, while hate speech targeting LGBTI people was evident during election campaigns in Estonia, Hungary and Poland. Additionally, in Lithuania, an anti-propaganda law has been used since 2010 to silence the LGBTI community and censor LGBTI-related content in the media.

Although legal measures against discrimination are in place in the majority of member states, they are not sufficiently implemented, leaving LGBTI people vulnerable to hate crimes, hate speech and discrimination.

A survey conducted by the European Commission in 2015 showed a substantial increase in the share of people who consider this discrimination to be widespread (58 per cent, compared to 46 per cent in 2012). Bulgaria, Croatia, Hungary, Latvia, Lithuania, Poland and Slovakia still have constitutional provisions against same-sex marriage.

“Until they remove their provocative posters from Hungary, I will not consume their products! I’m asking everyone!,” Boldog István, a Fidesz MP, wrote on Facebook.