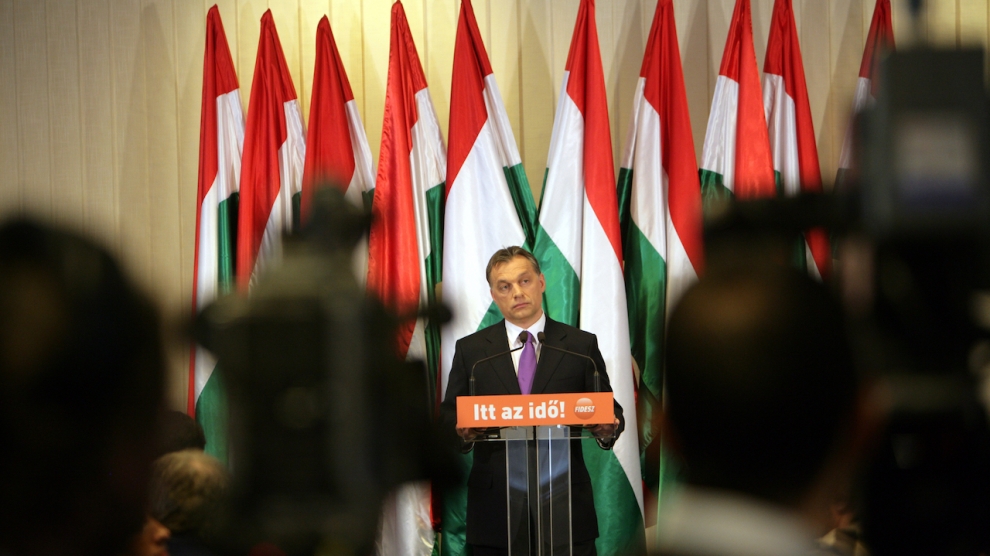 Hungarian women who have four children or more will be exempt from income tax for life, the country’s prime minister Viktor Orbán has announced Sunday in a move to end falling birth rates and labour shortages without accepting immigrants.

Mr Orbán also announced measures to encourage fertility by offering women under 40 loans of 10 million forints (31,288 euros) when they get married, which can be converted to non-refundable loans if they produce at least three children.

“There are fewer and fewer children being born in Europe,” Mr Orbán said during his annual State of the Nation address. “in Western Europe, the answer is immigration. We want Hungarian children.”

Mr Orbán also announced that a credit scheme allowing young couple to buy an apartment will be extended, as well a new large family car purchase programme, with the government offering 2.5 million forints as a non-refundable grant to families with at least three children who want to buy seven-seat cars. A scheme under which the government helps young families repay their mortgages will be extended to those with two children: until now it was only available to those with at least three children.

Mr Orbán also used his speech to defend his government’s economic record. “Employment has risen from 55 to 70 per cent, unemployment has been cut to one-third, incomes are constantly increasing, and the minimum wage has more than doubled,” he said.

“Everyone will have a job, a home; every child will have a nursery, a kindergarten, a school, meals and textbooks; there will be support for the young, and everyone will live a decent life,” he added.

More than 1,500 demonstrators gathered in front of the president’s office to protest against Mr Orbán’s speech. Zsolt Gréczy, parliamentary spokesman of the leftist opposition DK, said that Mr Orbán’s address ignored those who had deceived into taking foreign currency-denominated loans, pensioners who do not receive their pensions on time, and young people who cannot go to university to continue their education. He also accused the state audit office of trying to prevent the opposition from campaigning ahead of European parliamentary and municipal elections.

“The Hungarian opposition is a congregation of politicians under the spell of George Soros and European bureaucrats,” he said.

“It is a shame for the whole of Europe that the international left is supporting this and is sending its leader to bless this political miscarriage. Opposition politicians act like comedians rather than political leaders,” he concluded.