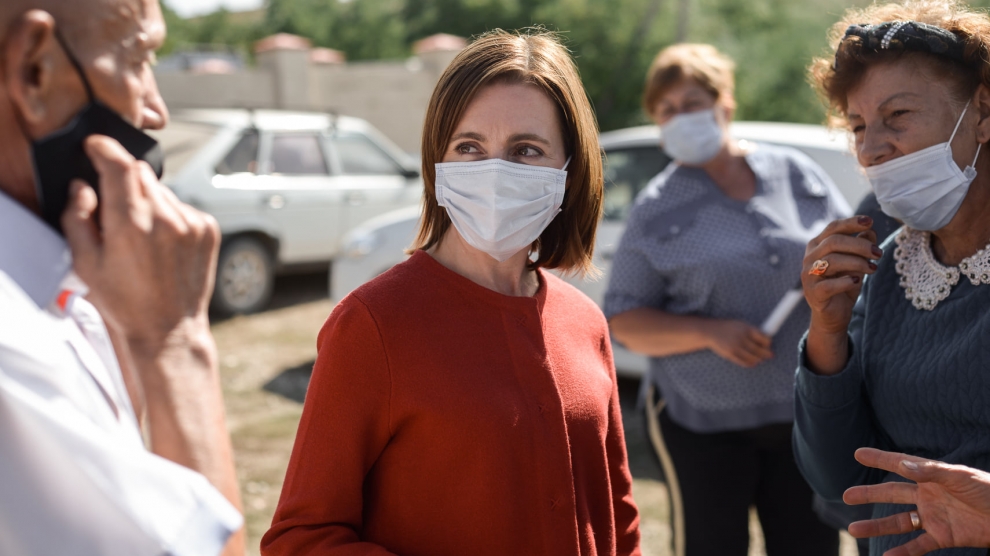 It’s wrong to label Moldova’s president-elect Maia Sandu as “pro-European”. Not because she isn’t, but because that alone shouldn’t define what she, or Moldova, is.

Not usually a country that makes too many headlines around the world, Moldova has nevertheless been on the radar of the international media over the past few days, having elected its first female president, Maia Sandu, in the second round of its presidential election on November 15.

The scale of Sandu’s victory – she took more than 57 per cent of the vote – over her opponent, the incumbent Igor Dodon, has created much of the media buzz around the election, as have the long, often interminable queues at polling stations outside of Moldova. (The country’s diaspora cast more than 15 per cent of all votes, thereby creating a rather nice symmetry with the remittances that these Moldovan expatriates send home each year, which account for around 15 per cent of GDP).

While any international attention is welcome for a much-ignored country, far less welcome is the all-too-frequent narrative used to frame the election as a victory for the “pro-European” Sandu over the “pro-Russian” Dodon.

This almost ubiquitous description of a complex election is lazy and somewhat ignorant. Worse, it suggests that Moldovans have little agency to decide for themselves what future course their country should take and are only capable of casting votes if they are given geopolitical meaning.

While Sandu will almost certainly look to strengthen Moldova’s relationship with the European Union she is as aware as anyone that membership of the bloc will not be even a remote possibility for decades. She was not elected on false promises of EU membership, nor has she vowed to severe ties with Russia, where thousands of Moldovans live and work. Her campaign instead focused on the problems that Moldovans face in their day-to-day lives, primarily poverty and corruption.

Sandu also (as opposed to 2016’s election, when she narrowly lost) eschewed (publicly at least) help from neighbouring Romania for fear of spooking Moldova’s ethnic Russian, Ukrainian, and Gagauz minorities – which make up around a quarter of the population and who get understandably nervous when Romania takes any kind of interest, viewing it as the first step towards the eventual unification of the two countries. (Most of present-day Moldova was historically an integral part of Romania, but while talk of “reunification” was prominent in the early 1990s, few have ever given the idea serious credence, not least because most Moldovans oppose it and most Romanians – except some rabid nationalists – realise absorbing Europe’s poorest country would bankrupt their economy).

While Sandu can certainly be labelled “pro-European” in the sense that she believes in what we might call European values (such as a decent standard of living, the rule of law, a free press, tolerance, and progress), she is first and foremost “pro-Moldovan”.

Much the same, inaccurate narrative has also featured in reporting of Belarus over the past few months. There, the name of opposition leader Svetlana Tikhanovskaya is almost always prefaced with the epithet “pro-European”, as if she puts Europe over Belarus. She doesn’t, and has clearly stated that her only goal is to see the country hold a free and fair election in which Belarusians can decide the future of their country for themselves.

If this constant push to define leaders such as Sandu and Tikhanovskaya (or for that matter Volodymyr Zelensky in Ukraine, Giorgi Gakharia in Georgia and Nikol Pashinyan in Armenia) as “pro-European” above all else was exclusively part of a Russian tactic to scare the populations of those countries into thinking that were about to be handed over to a European Union that would cause them nothing but harm, it might be understandable. But it is alas just as common in the western press as it is in the Kremlin’s house publications.

It is not a case of “pro-European” or “pro-Russian”. It does not have to be either/or. The world is not – much to the chagrin of large parts of the media – black and white. There are myriad nuances, local issues that voters care about far more than geopolitics. To suggest that Moldova, Belarus, Ukraine, Georgia, and Armenia exist only in the framework of “EU versus Russia” or “East versus West” and will be swallowed whole unless they pick one side over the other is willfully naïve.

Not least because it plays into the hands of those – such as Vladimir Putin, or Romanian nationalists who believe Moldova is an integral part of Romania – who would indeed like nothing more than to swallow them whole.