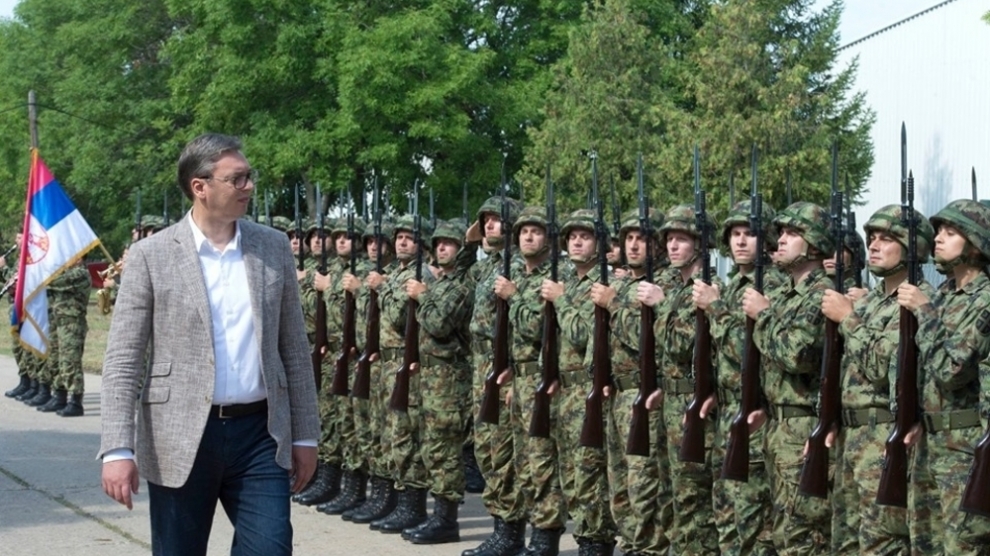 Russia has provided Serbia with 10 BRDM-2 military reconnaissance vehicles as part of a bilateral arms deal to boost the Serbian armed forces.

The transfer is the first phase of a wider military contract according to which 30 secondhand T-72 tanks and 20 other patrol vehicles will be supplied to Serbia.

“These vehicles are important for preserving our territorial integrity and have a preemptive impact,” Serbian president Aleksander Vučić told the press at a military base in Nis, southern Serbia.

The Russian ambassador to Belgrade Alexander Botsan-Kharchenko said that his country would “always be ready for military and technical cooperation with Serbia,” stressing that the military cooperation will support the country’s sovereignty and territorial integrity.

The transfer comes after the Romanian and Bulgarian governments both refused to allow the transfer of the aforementioned vehicles through their territory, saying that they would be against EU sanctions against Russia over its illegal annexation of Crimea and support for the separatists in Ukraine’s Donbas region.

According to international news agency AP, the transport was completed using Hungary’s airspace.

President Vučić noted they managed to complete the transport in line with international law. However, when asked about how the 10 vehicles arrived at the Serbian military base, he said “that is our business.”

While Serbia is aspiring to EU membership, the country remains Russia’s only military ally in Southeastern Europe. The US and NATO have criticised Serbia for accepting military aid from Russia, saying that it could destabilise the region.