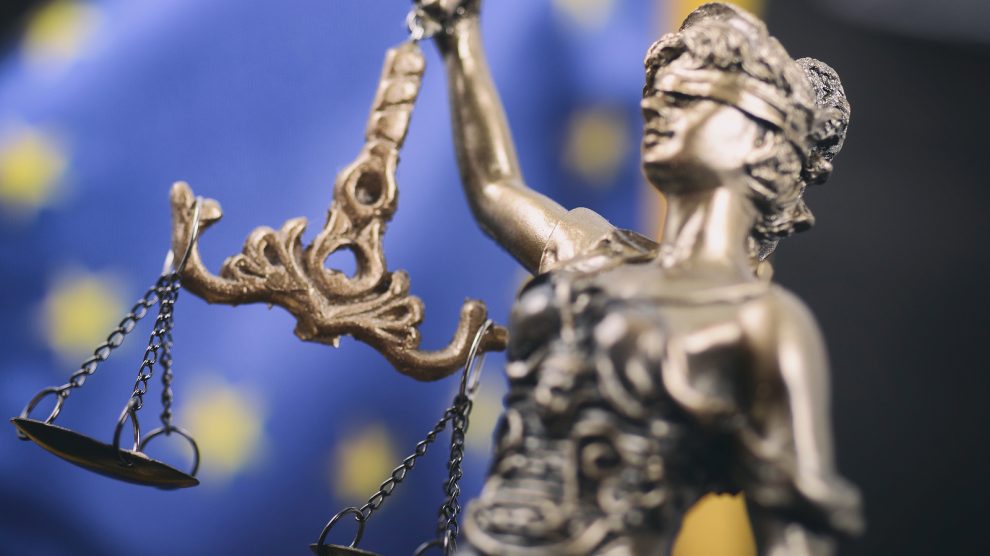 Budapest and Warsaw now face the real threat of the EU withholding budget payments should they continue to breach their commitments to the rile of law.

European Commission President Ursula von der Leyen has welcomed a landmark judgement by the European Court of Justice that dismissed complaints from Hungary and Poland against a mechanism that ties EU funds to democratic standards.

“The court has upheld the legality of this important tool that enables us to protect better the EU budget and the financial interests of the Union against breaches of the principles of the rule of law,” said von der Leyen, who added that the Commission would now “analyse carefully the reasoning of the judgment and its possible impact on the further steps we will take.”

Budapest and Warsaw brought legal action against the European Parliament and the EU Council, the bloc’s two co-legislators, in early 2021.

The governments of both countries have been repeatedly accused of flouting the EU’s core values.

Poland’s ruling Law and Justice party (PiS) has for years been locked in battle with the European Commission, backed by the European Parliament, over changes to the country’s judiciary, which Brussels claims has seen its independence undermined.

Hungary’s ruling Fidesz party meanwhile has been heavily criticised by Brussels for refusing to lift restrictions on the foreign financing of non-governmental organisations (NGOs) operating in the country.

In its ruling on February 16 however, the court rejected the cases brought by Hungary and Poland “in their entirety”, confirming that countries can be deprived of EU funds when they fail to meet democratic standards in what will come as a blow for both countries.

The EU’s values, such as the rule of law, “define the very identity of the European Union as a legal order”, the court said in a statement. “Compliance with those values cannot be reduced to an obligation which a candidate state must meet in order to accede to the European Union and which it may disregard after accession.”

The mechanism was designed in 2020 in parallel with negotiations over the 1.1 trillion euros multi-annual EU budget and the 750 billion euros Covid-19 recovery fund.

Poland and Hungary threatened to block ratification of seven-year budget and the recovery fund in response to the plans to link disbursements to compliance with the rule of law.

A last minute compromise was eventually reached that stipulated any sanctions could not be triggered until the ECJ had ruled on the legality of the mechanism.

Hungarian Prime Minister Viktor Orbán said at the time that the compromise was “a victory for common sense” but may now be forced to rethink his stance in light of the ECJ’s ruling.

The country’s justice minister, Judit Varga called it “a politically motivated judgment” and “living proof that Brussels is abusing its power”.

In Poland, Deputy Justice Minister Sebastian Kaleta said that the country would need to defend itself against an attack on our sovereignty.

“Poland has to defend its democracy against blackmail that aims to take away our right to decide about ourselves,” he said.

Potential punitive measures included the mechanism now given the green light by the ECJ include a suspension of EU payments, termination of legal commitments, an early repayment of loans or a prohibition to enter new financial agreements.

The measures can be later lifted if the disciplined country corrects the situation.

“In the coming weeks we will adopt guidelines providing further clarity about how we apply the mechanism in practice,” added von der Leyen.