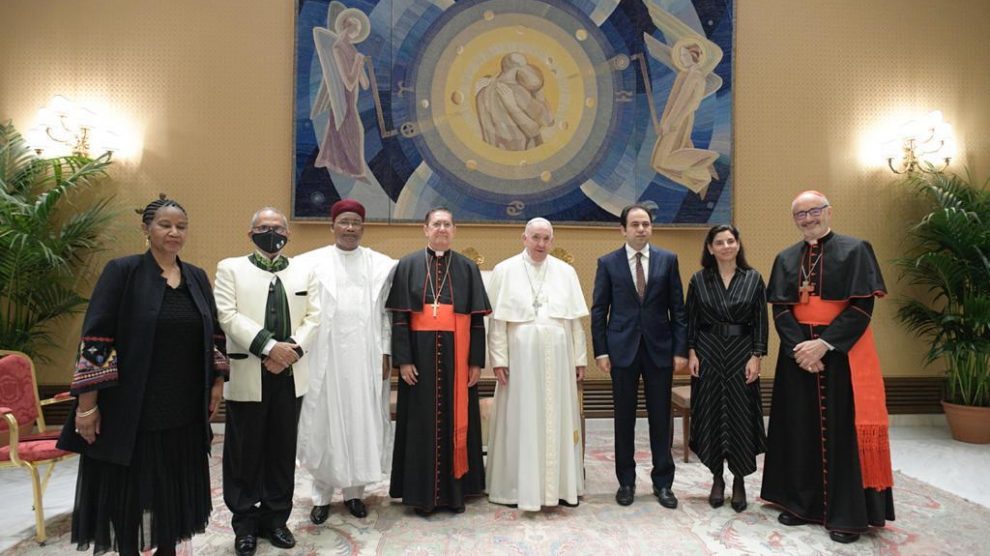 Peaceful coexistence in a troubled world is possible, and an award inspired by His Holiness Pope Francis and His Eminence the Grand Imam of Al-Azhar Professor Ahmed Al-Tayeb points the way forward.

Next month will see the announcement of the latest winner(s) of the Zayed Award for Human Fraternity, whose previous winners include António Guterres, general secretary of the United Nations, and Latifa Ibn Ziaten, a Moroccan-French activist dedicated to raising awareness against escalating extremism and violence.

This year’s award will be made at a time when the importance of interfaith collaboration and transnational cooperation required in addressing contemporary issues such as extremism, anti-Semitism, and the rise of nationalism, has never been more pronounced, particularly in the emerging Europe region.

In Bosnia and Herzegovina, which suffered greatly during an awful civil war fought along ethnic lines between 1992 and 1995, the peace agreement that holds the country together is under threat from a resurgence in Serb nationalism, while in North Macedonia a dispute with Bulgaria over language, ethnic minorities, and historical issues threaten the country’s path towards the European Union.

Elsewhere in the region, nationalism in Hungary and Poland have placed their own membership of, and commitment to, the European Union in question, and in Ukraine, the imminent threat of a new Russian invasion looms darkly over what is the region’s largest country.

According to one of the award’s judges, Mohamed Abdelsalam, Secretary-General of the Higher Committee of Human Fraternity, “this year’s Zayed Award for Human Fraternity will be a spotlight of hope for our world at a time when we are emerging from the darkness of the coronavirus pandemic, and we look forward to recognising and supporting individuals and entities that are going above and beyond to serve humanity and advance human fraternity.”

Established in 2019, the Zayed Award for Human Fraternity was inspired by the co-signing of the Document on Human Fraternity by His Holiness Pope Francis, and His Eminence the Grand Imam of Al-Azhar Professor Ahmed Al-Tayeb in Abu Dhabi, under the patronage of His Highness Sheikh Mohamed bin Zayed Al Nahyan, Crown Prince of Abu Dhabi and patron of human fraternity.

The award is named in honour of Sheikh Zayed bin Sultan Al Nahyan, the late ruler of Abu Dhabi and founder of the United Arab Emirates, to celebrate his legacy of championing peaceful coexistence.

It is organised by the Higher Committee for Human Fraternity, an independent international committee instituted to promote human fraternity values in communities around the world and to fulfil the aspirations of the Document on Human Fraternity, and which includes two prominent Eastern European civic leaders: the Bulgarian former Director-General of UNESCO Irina Bokova, and the current Acting General Secretary of the World Council of Churches Reverend Ioan Sauca, a Romanian.

Bokova was both the first female and the first Southeastern European to head UNESCO, while one of Sauca’s many publications explores building bridges between the Orthodox and Evangelical traditions.

Recipient(s) of the award will receive one million US dollars in prize money to support the continuation of their work in advancing human fraternity, respect for diversity, and peaceful coexistence.

“The values of tolerance, respect, and dignity articulated in the Document of Human Fraternity are essential to progress and peaceful coexistence, and much needed in the current state of world affairs,” adds another member of the judging panel, Dr Leah Pisar, chair of the Aladdin Project, which works to counter violent extremism, anti-Semitism, and anti-Muslim bigotry and to foster dialogue with the Muslim world at-large, and to address Europe’s “crisis of social cohesion”.

The other judges this year are Nobel Peace Laureate and former President of East Timor José Ramos-Horta, Phumzile Mlambo-Ngcuka, former deputy president of South Africa and executive director of UN Women, and Cardinal Michael Czerny, interim prefect of the Dicastery for Promoting Integral Human Development at the Holy See.

Candidates for the award are recommended by qualified nominators who include members of government, former heads of state, Supreme Court judges, UN leaders, leading academic and cultural figures, members of the Higher Committee for Human Fraternity, and international non-governmental organisation heads.

Winner(s) are set to be announced at a ceremony in Abu Dhabi in two weeks.