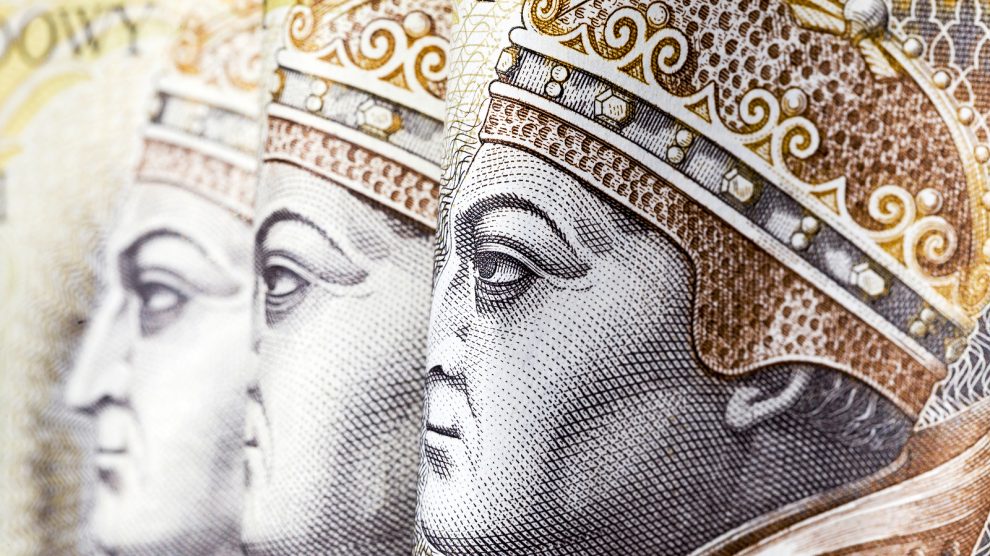 Touted as a revolutionary programme to reduce taxes for a majority of Poles, the so-called Polish Deal has instead sent the nation’s tax system into a tailspin, becoming a major PR disaster for the ruling Law and Justice party.

There was not just one resignation at Poland’s Finance Ministry last week, but a string of them, as the country’s Law and Justice party (PiS) sought scapegoats to call out and punish for the failure of one of its flagship policies, the Polish Deal.

First to go was the minister of finance himself, Tadeusz Kościński. Following him out of the door shortly after were his deputy Jan Sarnowski and the ministry’s managing director Renata Oszast.

Inspired by no less than Franklin D. Roosevelt’s New Deal, a wide-ranging programme which helped America escape the economic doldrums of the 1930s, the Polish Deal was announced with great fanfare last year by the government’s most prominent figures.

Speaking at a conference in May 2021, Prime Minister Mateusz Morawiecki said that the Polish Deal “would bring about the revival and prosperity to hundreds of thousands of Polish companies”.

Jarosław Kaczyński, the leader of Law and Justice, then claimed in July that the Polish Deal “was going to be an achievement to match the 1,050 years of Poland’s history”, adding later in the year that “the devil himself wouldn’t be able to stop us from completing this mission”.

On a more practical level, 17 million Polish taxpayers were promised that they would benefit from a new, progressive tax system, which was to reduce the tax wedge, increase salaries for lower and middle earners as well as increase pensions.

The resounding success of the changes would also allow the ruling coalition to start gathering momentum ahead of next year’s parliamentary elections.

Except the changes were not a success, far from it.

The much-anticipated tax reforms took effect on January 1 this year but were met with an immediate backlash and much confusion. Contrary to the government’s promises, many low earners such as teachers and pensioners received less income this January than in the preceding month.

Meanwhile, tax officials and accountants found themselves hard-pressed to understand the labyrinthine regulations of the Polish Deal. The unabridged version of the tax package available online now runs to nearly 1,000 pages, and is still being added to with every new amendment.

At first, the government merely shrugged off the criticism as marginal. Prime Minister Morawiecki, himself a former bank chairman, said at the time that the Polish Deal was mainly criticised by “elites out of touch with reality”.

When the tide of criticism became impossible to ignore, the government tried to paper over the cracks with a series of hasty amendments.

At the end of January, in an apparent concession of defeat and in a somewhat Pythonesque moment, Morawiecki announced that anyone earning less than 12,800 złoty gross per month (around 2,845 euros) would be able to settle their taxes for 2022 according to the rules for 2021 if they chose to.

At the beginning of February, Kaczyński criticised the Polish Deal in no uncertain terms, saying that “something more than wrong has happened”, and that the situation “required political decisions, including personnel decisions”. The sword of Damocles had swung and Kościński was gone.

However, opposition politicians were in consensus that Kościński wasn’t the real culprit. Dariusz Wieczorek of the Left party pointed to Kaczyński instead, “for allowing this tax reform to be implemented in the first place”, while Borys Budka of the Civic Committee commented that, “Prime Minister Morawiecki originally intended to take credit for the Polish Deal but in the end refused to take the blame for it”.

Elsewhere in the Polish parliament, ruling coalition MPs were surprised to find that their own salaries had been reduced as a result of the Polish Deal. To make up for their losses, MPs were reportedly granted partial compensations a few days later, although some declared they would donate the money to charity rather than keep it.

According to a recent poll by United Surveys, nearly 40 per cent of the Polish population said they had already lost money because of the Polish Deal.

Henryk Frąckowiak, owner of a bakery chain from Wałbrzych, told the newspaper Gazeta Wyborcza that the costs of running his business had already gone up significantly, and that he feared he would soon be forced to sell bread at eight złoty a loaf just to earn his profit.

“The one positive about all these tax changes,” adds Frąckowiak, “is that people will finally stop throwing bread away as no one will be able to afford to do this.”

Hungary, Poland, placed on notice as ECJ gives green light to link EU funding with rule of law
Keep calm and join us in Kyiv: Ukraine is open for business
Comment