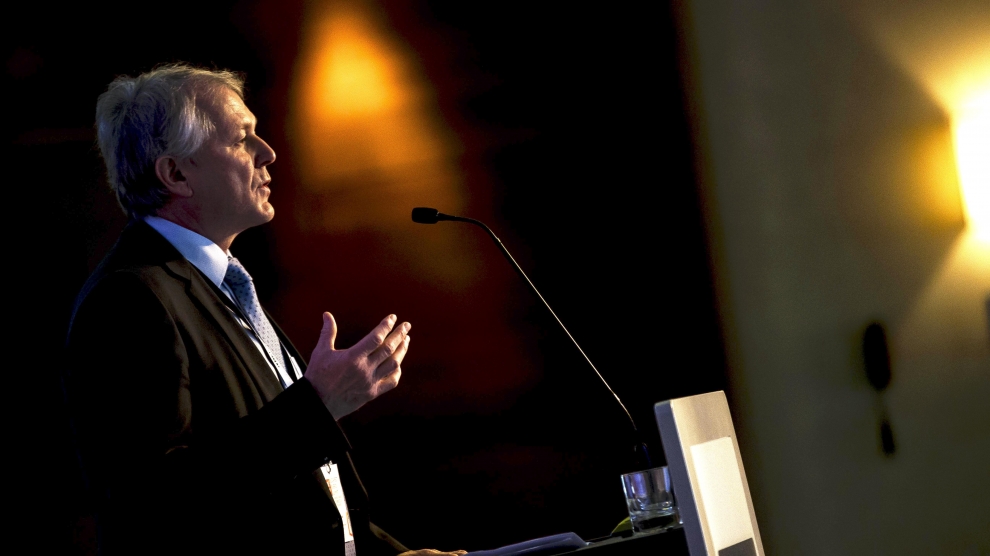 The Hungarian government has announced that over the next 30 years it will focus more on sustainability than energy security as part of its national energy strategy.

“Hungary was the first of the central European countries to set a deadline, 2030, for the final discharge of coal. In order to achieve a real energy transition, Hungary is ready to introduce environmentally-friendly technologies in all areas,” Minister of State for Security Policy Péter Sztáray announced at the 2018 edition of the Budapest Energy Summit.

“During this major European energy transition, the presence of liquefied natural gas is increasing and a high level of reliance on energy imports is being mitigated by the presence of new actors,” he added.

In fact, the development of natural gas infrastructure will be unavoidable in creating future security of supply.

During the summit, the Minister of State for Energy and Climate Policy Péter Kaderják (pictured above) indicated that Hungary could cut greenhouse gas emissions by 40 per cent by 2030 (compared to their 1990s level), while maintaining economic growth and ensuring that consumers do not see high rises in their monthly energy bills.

According to the Swiss MET Group, it is vital for the energy industry to count on government support.

“The European energy sector is transforming due to different factors,” said Gergely Szabó, country chairman Hungary at MET Group. “There are external factors, such as unprecedented political turbulence and a global commercial war; and internal factors such as the three Ds: digitalisation, decarbonisation, decentralisation.”

“Our region is more affected by the gas sector. And all interconnectors have something in common: they all reach geopolitical levels but at the same time they are all driven by national interest, meaning that everything that is happening now is only because single governments are allowing it.”