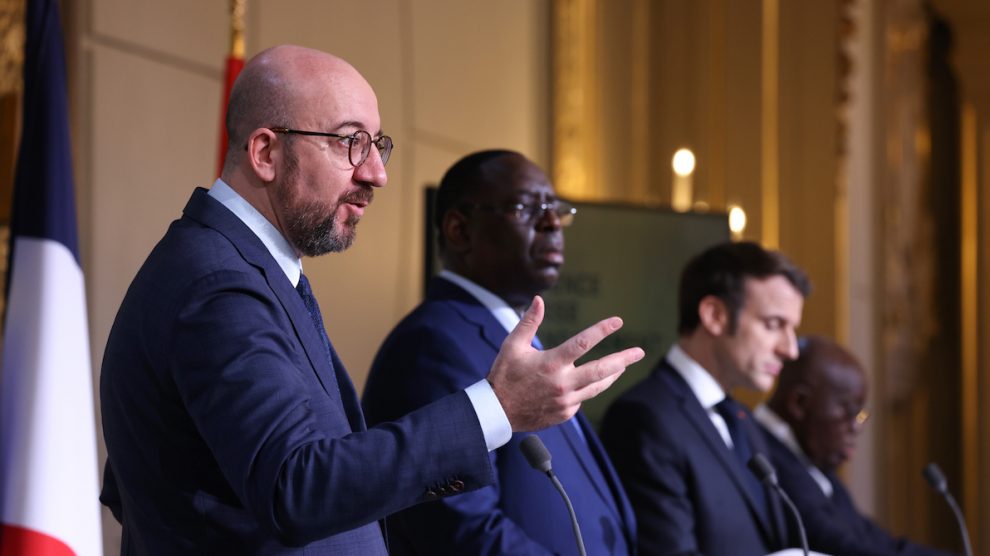 The African Union should pursue a strategy to ensure member states follow a set of uniform principles to neutralise financial crime and build more inclusive economies.

In Africa over recent months, terror attacks have occurred in places which had so far been spared.

Just last week, nine were killed in terrorist ambushes in northern Benin, and the threat level remains very high in Burkina Faso, Niger and Mali. It is also increasing in Senegal, Ghana, Cote d’Ivoire, and my country, Togo.

For West African leaders this is at the top of the agenda. Our security forces work with those of our neighbours and allies to coordinate a crackdown on terrorists. This approach does yield results: in late November 2021, Togo, Ghana, Burkina Faso and Cote d’Ivoire conducted a joint operation which led to the arrest of over 300 individuals involved in terrorist activities. Our soldiers also confiscated their ammunition and disarmed explosive devices. Yet, to really stamp out terrorism, we need to tackle its root causes; those are primarily economic and financial.

As Minister for Financial Inclusion, I also have responsibility for “organising the informal sector” of our economy. There has been more and more interest from the international community in initiatives which help organise and structure informal economies. Those have begun to develop all around the world and particularly in emerging countries. It is globally understood that regulating the informal sector is necessary if not vital in the effort to bring isolated populations into national and international economic systems and support development. But the transition from informal to formal economies also has the other – less obvious – benefit of preventing violence.

There are two sets of reasons.

First: in the Sahel, joining a criminal, and sometimes terrorist group, is for many young men a way to earn a salary and provide for their families.

Research shows that for most newly recruited terrorists, religious ideology is not as strong a motivating factor as frustration with widespread corruption and a desire to improve their financial stability and move out of poverty. Out of those who decided to join voluntarily, a majority cite the immediate need of employment and their frustration towards economic outlooks before religious or ethnic reasons.

This fuels a vicious circle: growing populations faced with limited economic opportunities lose their livelihoods as they are forced by the rising violence to leave the land on which they farm or raise cattle and fall into a situation of complete poverty. These individuals who have been underserved and economically excluded, especially unemployed youths, are then tempted to turn to illicit commerce and organised crime networks, even temporary or permanent enrolment in armed groups, not because they believe in the cause, but because these provide the salary they need.

Second, in an informal economy, where most transactions are in cash and in a context of weak transparency and accountability, it is extremely challenging to monitor financial flows. Bribing officials is easier. Criminal groups exploit this to traffic and smuggle, which has adverse humanitarian and security implications. And the money generated by these activities often ends up in the hands of terrorists.

As such financial inclusion policies and initiatives to formalise our economies and fight against money laundering are an important aspect of stamping out wider criminality, and the financing of terrorism. Togo is one of the only countries in Africa with a ministry entirely dedicated to building a more structured and inclusive economy.

The National Strategy we are implementing has brought about a lot of encouraging progress, with vulnerable communities joining the formal economy, thus moving away from the temptation of engaging in illegal activities. In 2020 Togo recorded its highest ever financial inclusion rate (81.5 per cent) among West African Economic and Monetary Union countries. The development of certain basic financial products for excluded persons to reduce the amount of cash in the economy, and to improve consumer protection by bringing people into the regulated sector is central to our approach.

As the European Union-African Union summit gets underway in Brussels, these issues must be discussed. It is no secret that the rise of terrorism in Africa is a problem for European countries.

It is very positive that the European Commission announced major new investments in African infrastructure for the future. But efforts undertaken within the Africa-EU partnership must also facilitate solutions to accelerate the formalising and structuring of African economies. Together we can learn from the work that has already been done in Europe. At the African Union level, we should pursue a strategy to ensure member states follow a set of uniform principles to neutralise financial crime and build more inclusive economies, in which the informal sector is marginal.

We know those structural reforms are difficult. They require sustained political commitment, but the progress we have achieved in Togo is encouraging and shows we must continue. In the long term, these indispensable policies will bring Africa prosperity as well as security.